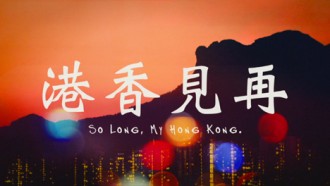 Gregory Kane, a six year resident, now about to depart, made a short film ode to the city titled “So Long, My Hong Kong.” The film stars a collection of familiar, everyday scenes that make Hong Kong such a unique and charming place to live. Combining the imagery with a jazzy, 1960’s Fellini soundtrack, it becomes a magical swan song.