As far as festivals go, Sonar is known as a trendsetter for integrating electronic music along with multi-media visual art. In what will likely be one of the many highlights, California-based producer Nosaj Thing will be performing live with award-winning artist Daito Manabe. 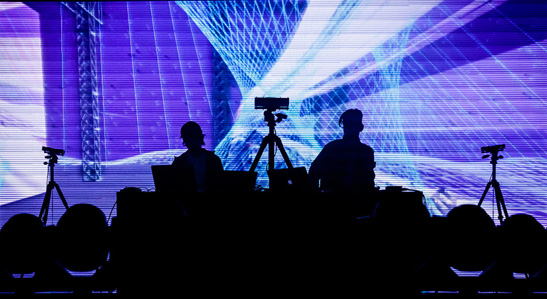 In addition to six stages of music, during the day there will be a string of workshops and talks that cover new realms of digital art and technology. One of the topics covered is virtual reality, and there will be demos for attendees to experience the latest VR applications and hardware.

Sónar+D, as the section is called, provides hands-on workshops and discussions to promote an exchange of ideas and to plant seeds for the next generation of electronic artists.

The lineup features artists from all corners of the electronic music world, covering dance beats to experimental sounds. The performers range from people with decades of experience, such as Gilles Peterson and DJ Shadow, to emerging talents. Many of these performers, including Lady Leshurr, and Germany’s Ellen Allien, are playing in Hong Kong for the first time.

The Sonar festival was born in Spain in 1994, and has branched out and been held in cities including Chicago, Buenos Aires, São Paulo, Hamburg, Bogota, New York, Seoul, Rome, Cape Town, Copenhagen, Tokyo, Seoul, Santiago and Reykjavik.

Sonar features both indoor and outdoor stages, plus numerous venues for food and drink. Tickets for the daytime Sónar+D workshops are priced at $180 HKD, while tickets giving access to all the music performances plus Sónar+D are priced at $780 HKD. You can get more information directly from their site.

For a look at the full lineup, visit the official Sonar HK site. The festival also has its own Instagram account that you can check for updated information.

Sonar Hong Kong runs from 11am to 3am, and free shuttle buses will operate between Hong Kong Science Park and several locations throughout the city. Aside from the bus, there are multiple ways of getting to Sonar. Have a look at the extensive transportation guide on their site.

To get you in the mood, there’s even a special Sónar HK Spotify playlist!

Free buses will return festival-goers to Admiralty and Mongkok