Imagine shooting your first feature film with Hong Kong film legend Carina Lau as lead actress, and Christopher Doyle as cinematographer, and then having your movie selected for competition at the illustrious Cannes Film Festival. That’s exactly what happened to director Flora Lau when she made the movie “Bends“.

“Bends” tells the story of a woman (Carina Lau) whose husband suddenly disappears, leaving her financially adrift and struggling to maintain her affluent lifestyle. Simultaneously, the film tells the tale of her chauffeur (Chen Kun) who desperately attempts to bring his pregnant wife into Hong Kong to have a baby.

In an exclusive interview, Hong Kong Hustle sat down with Flora to find out more about her film “Bends” which opens this week.

HKH So when you went to Cannes and they started taking pictures of you, were you just like “YESSSS!” Or, what were you thinking?

(laughs) I was thinking “OH MY GOD I’m at Cannes?” The feeling was like an out-of-body experience, I was outside looking like “Oh my god, what is she doing there?!” kind of feeling. It was such an honor to be there.

HKH As a first time director as well!

It was really glamorous obviously, but outside of that, you can tell that people there really respect films. They pay attention to your film because they don’t choose that many.

Hmmm, This is not a very typical Hong Kong film, there’s no action, there’s not a lot of plot, but it’s a film that I hope to bring different perspectives of people living here and show them a fresh perspective. Think of the city that we love through different eyes.

HKH So you were outside of Hong Kong for many years, how does it feel to come back? How do you feel the city has changed?

It’s changed so much! Every time I come back I have to re-learn this place. I think that’s the reason why I made the film as well. Out of curiosity as well. Because I had a lot of questions. What is the Hong Kong identity? How do people feel about Hong Kong now?

When I grew up it was a colony. Now that I’m older I can analyze it a bit more and just be more observant about what’s changing. The relationship with China changed so much. As a kid we didn’t have much connection with China, you have a relative that lives there that you’ve never seen, it’s very far, the distance.

But now you have to bring it closer and closer and there are different voices in the city. So I guess I just wanted to explore that.

HKH Have you spent much time in Shenzhen?

Yes, for this film I went up there a lot to talk to people who actually experience this. I wanted to know what they went through – I went to a baby agency. I really wanted to get a picture of their lives.

HKH A lot of people say “Oh, first-time director and you went to Cannes Film Festival,” do you want to talk about that a little, how it wasn’t an over-night thing, but rather a huge cumulative effort?

Definitely, I mean, I was really struggling with the script. To take on a feature script I have to write a hundred pages. I didn’t realize it’s so difficult. Everything you change on page 42 you have to go back to page 2 to change.

HKH How long did it take to make the film?

From the beginning of writing to finishing it took like maybe three and a half years. Pretty much full time.

HKH Do you want to talk a little bit about the actors and actresses and why you chose them? And how that came about?

The film is quite subtle, so I looked for actors who have a bigger range. I knew I had to use quite experienced actors because it requires that level of detail.

I thought about Carina because she has been playing certain roles in the past and she’s a great actress.

HKH I guess she has a certain poise to her, a cinematic quality and also a poise that if you’re doing something a little bit slower, it doesn’t need to be a constant banter or dialogue.

Because she is this superstar, she kind of represents someone like that – even though she has very different personality than the main character, she represents that status. She knows that world very well. So for her to play it has even stronger meaning.

HKH Can you talk a little about how you chose the lead actor (Chen Kun)?

He is also a star in China, but when I met him, he’s just so easy to talk to. Such a friendly guy, very detail oriented. He wanted to know everything about his character, he really studied his character. I think in China they go to school for many years. Just the questions that he asked made me realize I can trust this guy.

HKH Is there a lot of pressure in Hong Kong to always choose a good-looking cast? As opposed to character actors that aren’t handsome or pretty.

(laughs) There aren’t too many films that use normal people.

HKH Growing up did you watch Hong Kong movies?

I did. As a kid I watched a lot of like, Stephen Chow’s movies (laughs) and I had fun with those films, but then it was when I watched Wong Kar Wai’s films that I was like “Oh wow! This is a totally different way of using film as a language.” I was shocked. I think his films inspired me to explore other films and look for other films.

HKH How did Christopher Doyle come to be involved in the film?

One of our producers, Ken, he has been Chris’s assistant, and he produced my documentary before, and he called me up one day and he was like “Yo! I have a crazy idea.. I think we should show it to Chris. Let’s try. He’s very open to new directors.” and I was like “Dude, that is crazy, I mean that’s insane!”

So we sent it to him and he read it and within a week I was sitting with him at a bar, and I was like “Oh My God!”

He had wanted to make a film in Hong Kong again. He hasn’t done that for a while, so we talked and he was like “yeah.” And I was like, WHAT? Did you say yes??

So that was how it happened.

HKH Do you want to talk a little bit about the title? Because the bends is something you get when you rise too fast in the water.

Yeah, and also just like the curve. I came up with that title because when I cross Hong Kong and Shenzhen, I always see the river. And the river is this really narrow bended river. That river really inspired me, the imagery of it, and what it means.

HKH Yeah, it’s a physical type of separation between the two places.

It’s such a small thing that can separate us SO much. So I wanted to name it after that curve, and also because of that sickness when you dive down and come up too quick. It kind of represents the people, the characters feelings.

HKH You have such a veteran team of people around you, was there ever a point, where you were like, I feel weird telling Chris Doyle not to do it this way, or I’m telling Carina Lau, “Can you just do that again? Or do it with a little bit more emotion?”

HKH Was that intimidating to you?

At first it was very intimidating. I was very anxious. The first day I was like Oh My God! But then I just had no time (to have doubts) because all these people are looking at you like alright, so what do we do?

And that’s good because if I had too much time to think about it, it would just stop me from doing it.

HKH What was the dynamic like when you were shooting? Did you guys all get along as friends or did some people want to do their own thing?

No, we got along very well as friends, I mean, like any other relationship, we also fought. (laughs) It’s not possible to always agree on everything. But it was very constructive.

HKH Right, because maybe that’s how you get to the best version of things, it’s because of people’s input back and forth.

Yeah, exactly, you need to talk it out, have that spark. And Chris is very good at that. He keeps on challenging me constantly. But it’s all good at the end.

I see it as an art form, but obviously to make a film it requires so many people and so much money, and ultimately you want an audience – because why make a film if no one’s going to watch it? – that’s crazy too! (laughs)

I think for me, I’m still searching for a good balance. I want to have an audience, and I want to bring something new to the audience.

HKH If you were going to give some advice to some young filmmakers in Hong Kong, what would you tell them to do?

I think a lot of the young filmmakers, they over-think things a bit too much. Like me, I was also doing that. Worry about this, worry about that. You just gotta go out there and just do it.

I encourage kids now to start basic. Get your two friends. Try not to do sound, try to show it visually.

I watch some films from say Brazil or Argentina, they have very small crews and they go out there and they do it! I think there needs to be that kind of spirit here too.

Yeah, totally, in the 80’s they just think of an idea, and they think, wouldn’t it be funny?? And then they just go out and jump off a building (laughs) just do it! I really like that spirit back then. I think we lost it.

HKH Right, I guess Hong Kong used to be more of a working-class cinema in some ways.

HKH So what are you working on next? Do you feel like you have a lot more options?

Now I’m again starting to explore. I usually just start with going out taking photos, and see what interests me, and trying to find a story in there. I’m like “Oh my god, I’m starting all over again!” (laughs) 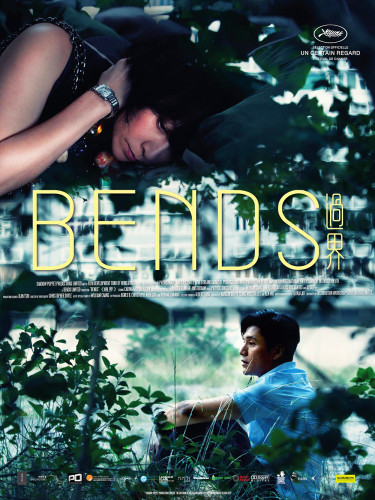