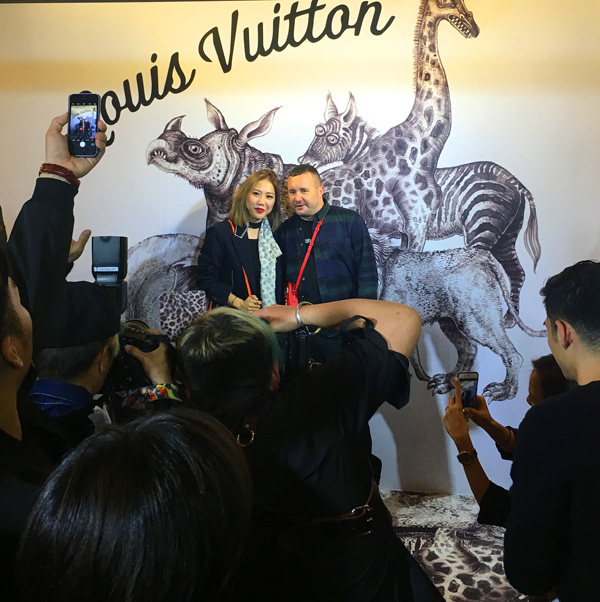 As a designer, Kim Jones has a modern sensibility that embraces both street-wear and contemporary art in his collections. The pop-up, like the latest collection, was covered in illustrations by the Chapman brothers. 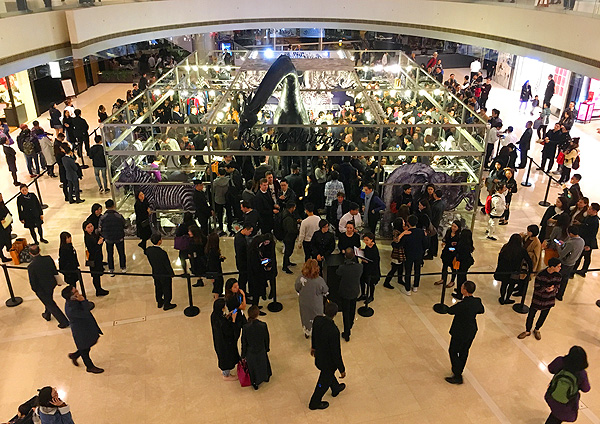 The British artists, Jake and Dinos, are known for their provocative and irreverent work which includes painstakingly customized toy solider installations that consist of thousands of pieces. (The Chapman Brothers had an exceptional show at Hong Kong’s White Cube Gallery several years ago.)

The elaborate, hand-drawn illustrations that grace the new collection resemble early maps and capture the mystique of creatures imagined centuries ago. The illustrations also work with the brand’s DNA – they reflect Louis Vuitton’s origins as a travel outfitter for expeditions to exotic locations.

The designs feature fantastic beasts including stylized giraffes, zebras, and rhinos. The animals are rendered in a style like a sinister version of “Where the Wild Things Are” by Maurice Sendak. The characters fade in and out over the signature Louis Vuitton monogram pattern, which is a sophisticated technique that gives the pieces an ultra-modern look. The dark black color of the bags is also a departure from the brown leather hue that the brand is known for.

The pop-up was situated in a large atrium within the sprawling IFC mall. The space is usually used for seasonal displays and provides one of the shopping center’s few large open areas. Kim arrived at the packed launch and was quickly surrounded by the Hong Kong’s street-wear cognoscenti. 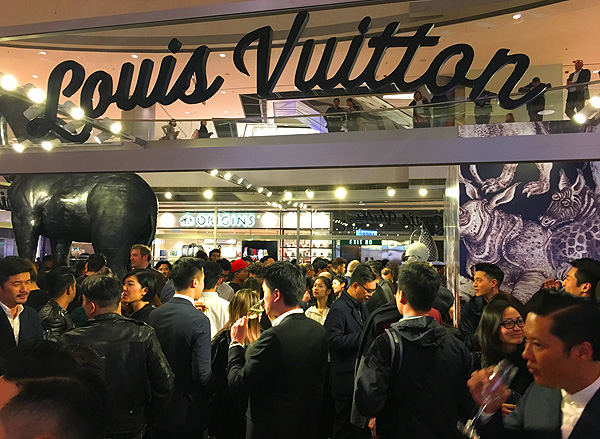 The crowd was a mix of street wear fans, influencers, and people from LV’s mailing list. In attendance were artists, DJs, brand founders, photographers and other insiders related to the fashion field.