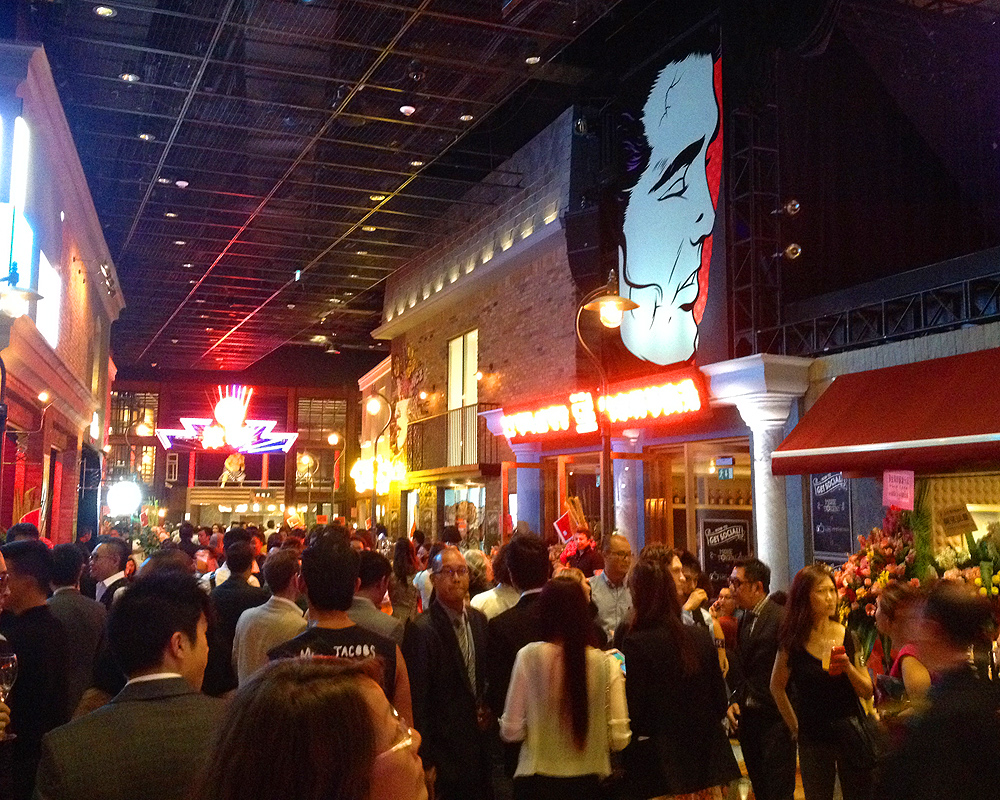 The space seeks to recreate the bustle of a street filled with restaurants with cuisines from all over the world.

SOHO represents a major new addition to City of Dreams. In the past, guests often walked across the street to the nearby Venetian, or more recently to Sands Cotai Central, which both have a large number of dining options.

With the addition of SOHO, all of that may change. Located on the second floor, next to the Hard Rock Cafe, the large space consists of sixteen different restaurants and a Haagen-Dazs ice cream shop. 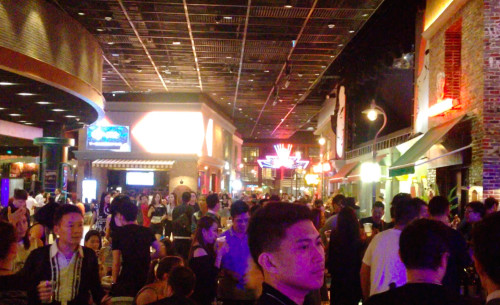 The key here is that the choices are medium-tiered dining options, not fine dining or food court style, but somewhere in between.

Included among the restaurants are Korean, Italian, Mexican, American, Japanese, and Chinese cuisines.

The biggest name and anchor tenant is Din Tai Fung, which occupies a key spot. The Taiwanese chain has legions of fans and you can expect it to be a major draw.

The other Chinese offerings include a famous roast goose restaurant, Chan Kee, from Hong Kong, as well as Fuk Hin hot pot restaurant.

Contemporary Italian eatery, Shelter, which has a sprawling flagship restaurant in Causeway Bay’s Hysan Place, has a sister branch here next to an outdoor courtyard.

Other tenants include a lobster bar, an oyster bar and even a sports bar. A Japanese gourmet market, with several small restaurants, anchors the very end of the space. These feature sashimi and other Japanese specialties. 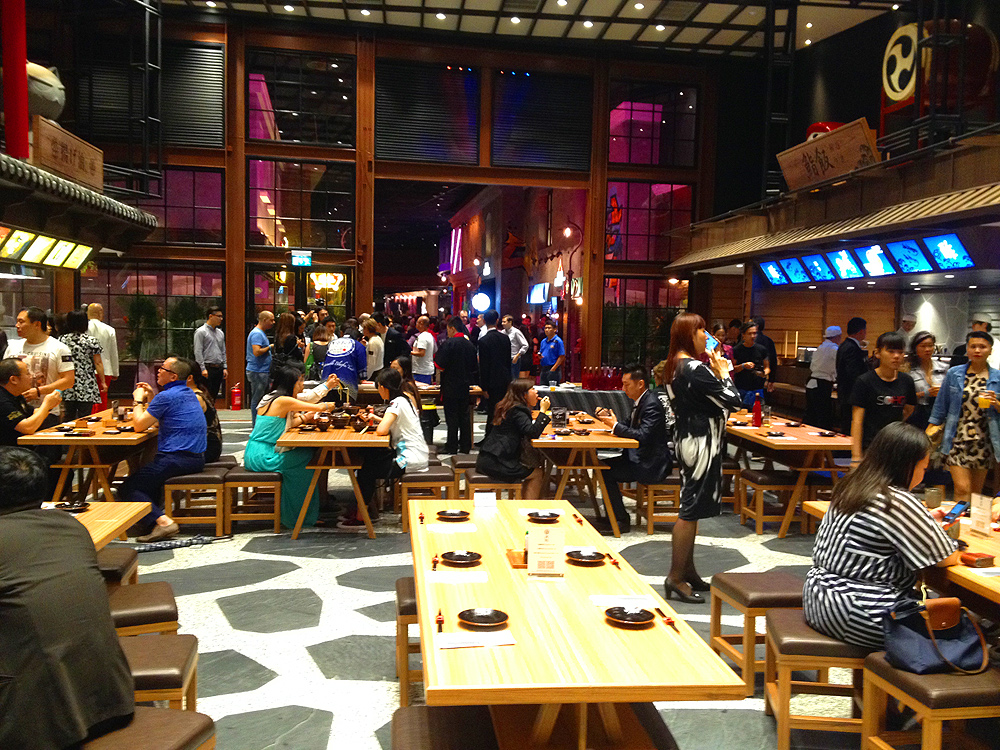 SOHO adds new types of cuisines that were previously missing from City of Dreams including Mexican and Korean food.

The Hongjiade Korean restaurant specializes in ginseng chicken soup, but also serves stone pot rice and Korean fried chicken – which is extremely popular at the moment due to a hit TV series.

Best of all, the restaurants are open late, from 11am until 2am.

The SOHO space, which occupies a large section of the second floor, features interesting low-tech, as well as high-tech touches. For example, there are numerous areas of street art, in addition to an interactive wall, a digital photo gallery, and a large-scale hologram show.

The music took place in SOHO’s outdoor patio area which can host performances and special events in one corner of the promenade.

The launch celebration continued late into the night at Macau’s legendary club CUBIC.

Although there were many celebrities in attendance, the star of the night was the food street itself.

SOHO is a well-thought-out combination of restaurants and cuisines that greatly expands the number of dining options in City of Dreams.

Opening hours are from 11am until 2am 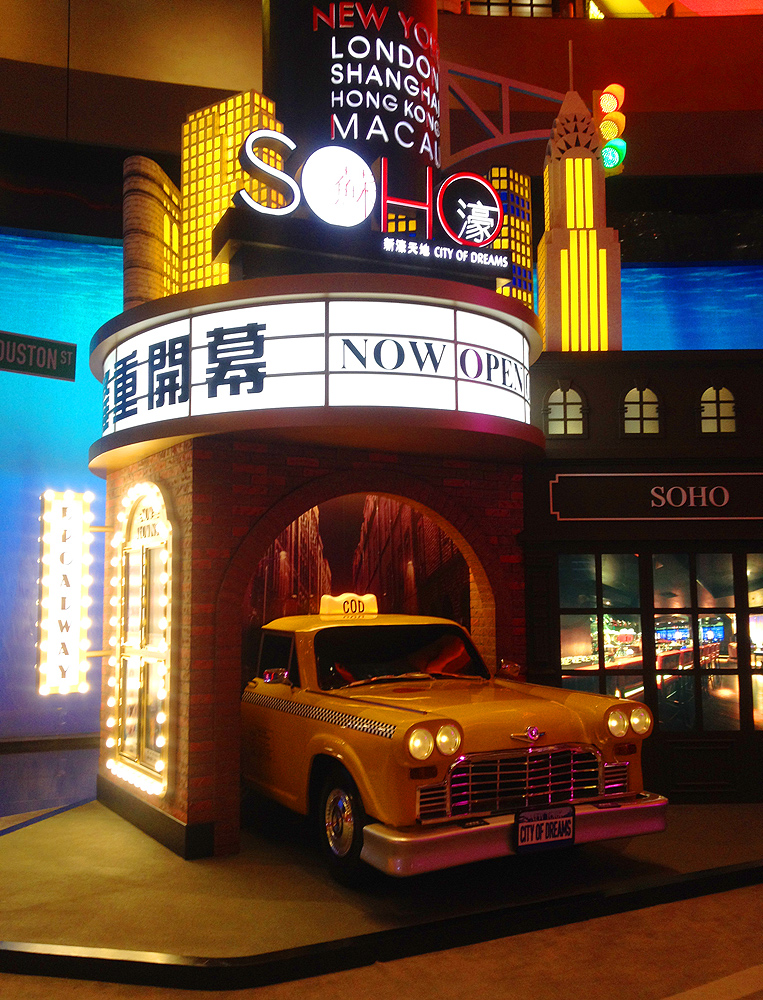