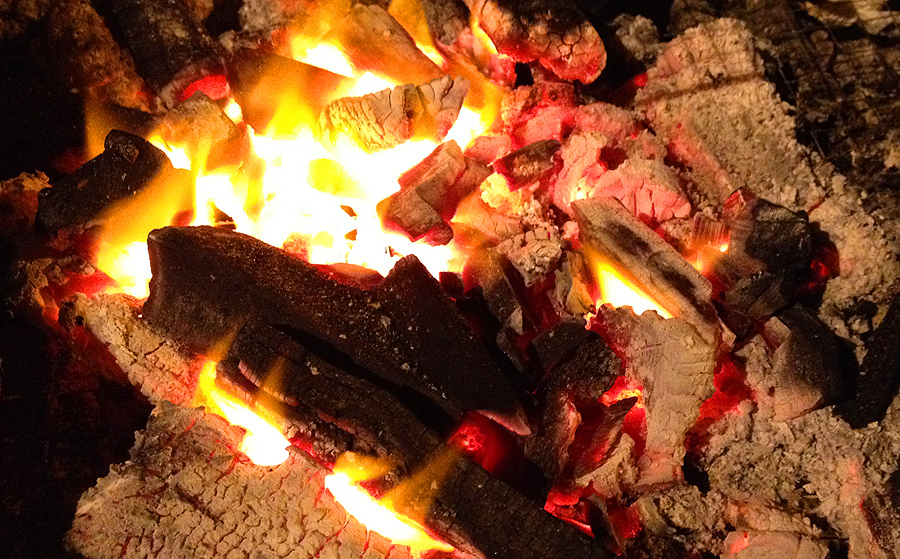 When the weather finally cools down, it’s time to get some friends together for a barbecue. But what exactly is a Hong Kong style BBQ anyway?

Just as Hong Kong is a blend of different influences, so are the local barbecues! H.K. has its own barbecue traditions that may be slightly different from what you’ve experienced elsewhere.

Rather than having one person place the food atop a grill and cook solo, at a Hong Kong style BBQ, everyone sits around the fire with skewers and cooks their own food at once.

The shared time sitting around the fire is both a fun way to cook and a bonding experience. 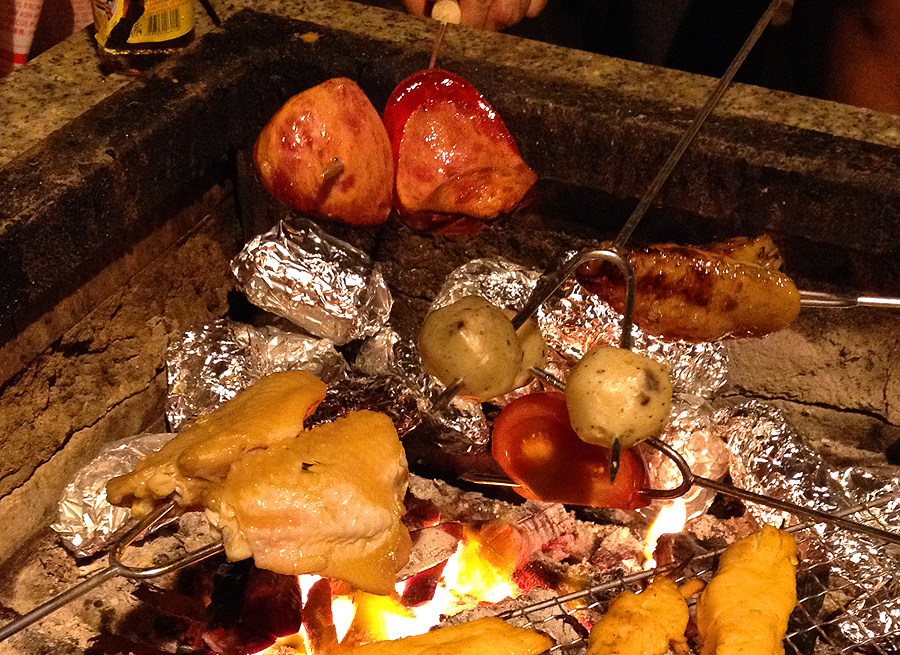 The long skewers allow people to cook two items at once (one on each prong,) or to thread a single item between the two points.

Ample use of honey!

Hong Kong BBQs also feature lots of honey. Some people put it on everything – even meats you wouldn’t expect, like hot dogs!

Honey is such a standard that there’s even a special spray-on bottle of honey that’s sold in supermarkets.

Diversity of foods and cooking techniques

Well beyond the hamburgers, steaks, and hot dogs that you normally associate with American cookouts, Hong Kong barbecues feature an amazing diversity of foods.

Besides chicken, beef, lamb and pork in multiple varieties, seafood is also popular at Hong Kong BBQs. You can find jumbo prawns, large clams, scallops, fish and crabs, which are all tasty! 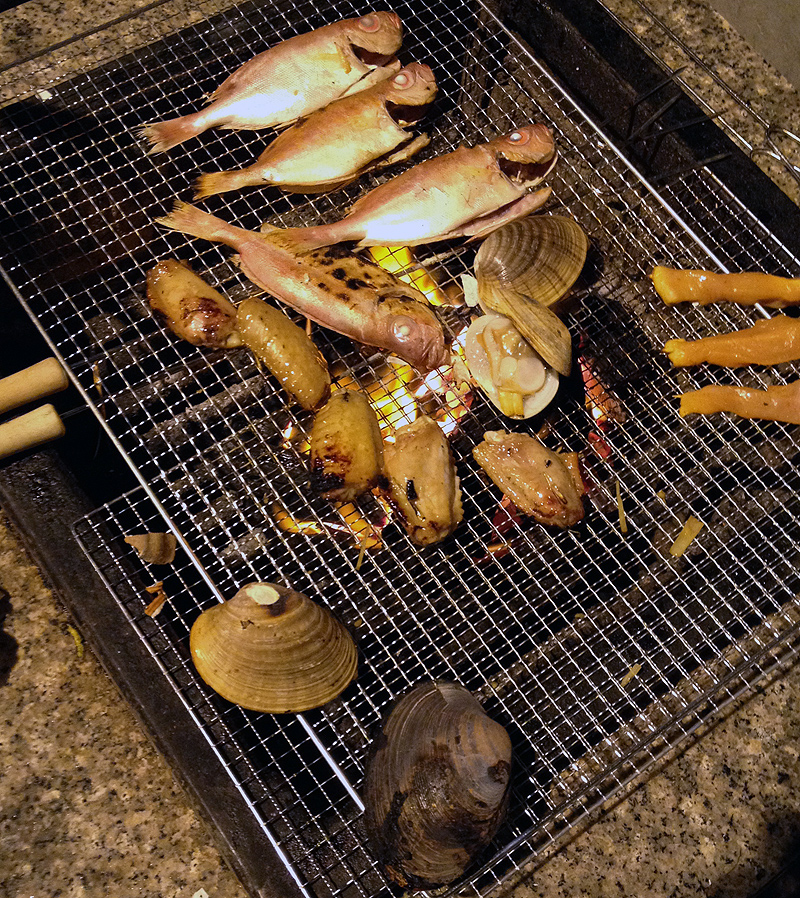 The seafood can be cooked in numerous ways depending on its shape, including on a bbq fork, grilled, or steamed on top of the fire. If you’ve never tried it before the results are amazing! Clams are particularly delicious, simply placed on top of the grill and left to open naturally when they’re ready.

Fish and jumbo prawns can be skewered and rotated over the fire, or placed on top of a grill. Crabs and other forms of seafood are often placed in aluminum foil and steamed alongside vegetables. The combination of foods and techniques are mind boggling! 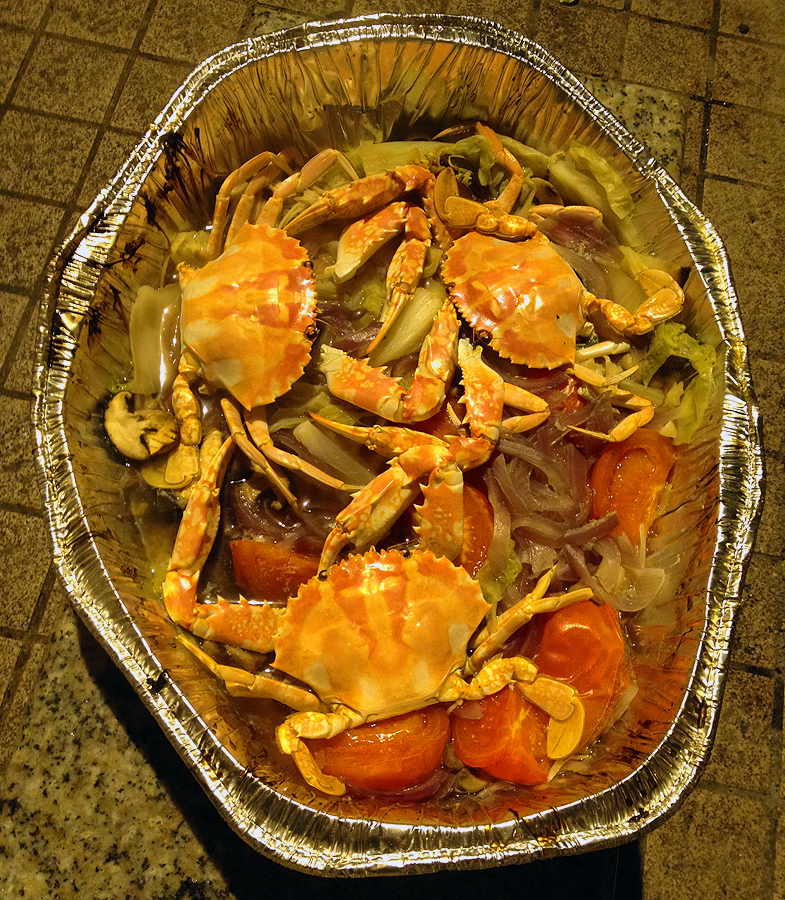 Vegetables at Hong Kong BBQs can be simple or complex as well. Corn and sweet potatoes are typically wrapped in aluminum foil and placed around the fire to cook slowly. More elaborate dishes include mushrooms with butter wrapped in foil, or lettuce with cheese. 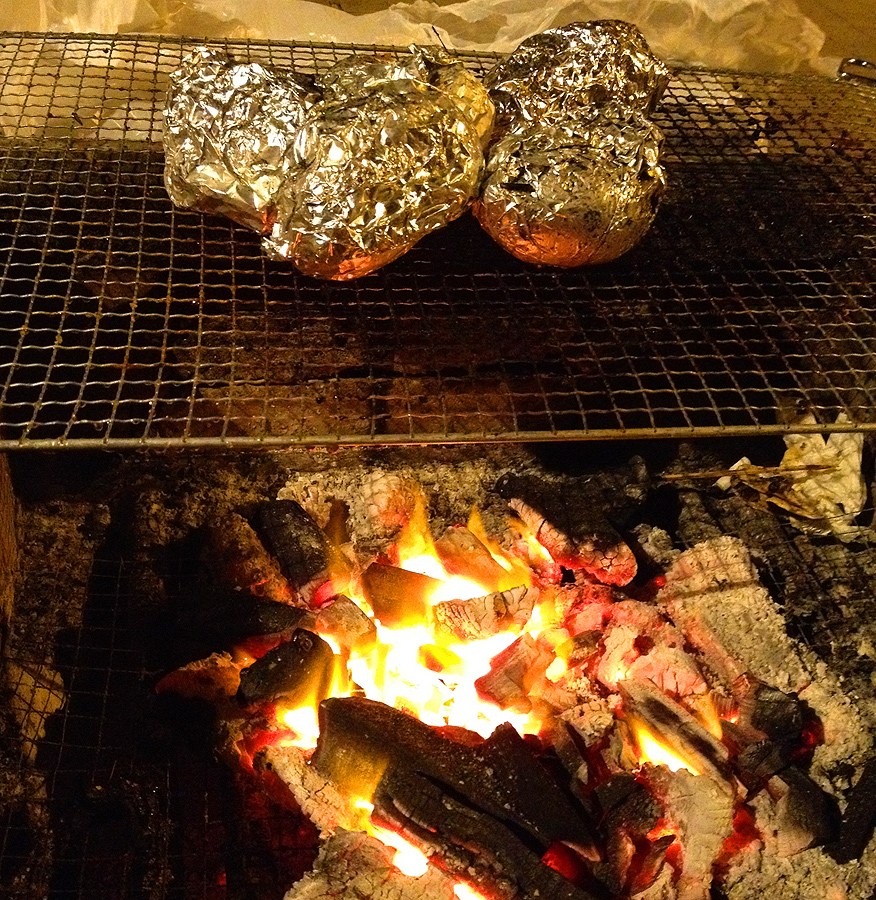 Kind of the opposite of the U.S., where people prefer lean meats, Hong Kong people favor fatty meat and things with bones. For example, where chicken breasts are popular in America, in H.K., people vastly prefer chicken wings.

Where to BBQ in Hong Kong?

Although visitors to the city often assume it’s one big urban area, a large part of the territory is actually made up of mountains and country parks.

Inside these local parks are often excellent BBQ facilities. Hong Kong beaches also frequently have BBQ areas or restaurants that will do some of the work for you. (Although we recommend purchasing your own food. Local cuts of meat can vary in quality, and it’s better to purchase your own if you’re picky (as we are!))

If you decide to host your own BBQ in a park, typically, you will need to buy charcoal, some sort of fire starter, BBQ forks, a metal grill (if you want to cook this style as well,) paper plates, cups, napkins, aluminum foil, and gloves – if you don’t want your hands blackened by charcoal.

One very important note on charcoal – the quality is NOT the same as in other countries. Hong Kong charcoal is often not of the ‘match-light’ variety, which means it can be difficult to get started. Further, Hong Kong’s supermarket chains sell extremely unreliable and poor quality ‘match-light’ charcoal which can sometimes literally not work. You don’t want to be spending a few hours just to get your fire started. (We’ve been there!)

There are several possible solutions. You can ask to borrow a live coal from someone else’s fire nearby. You can use different kinds of charcoal starters (be wary of these, as they don’t always work very well.) You can use something like a butane torch to get the coals lit. Or you can purchase better quality American charcoal briquettes at a few stores around the city.

Regardless of where and what you cook, we wish you an enjoyable BBQ!