Los Angeles natives The Pharcyde debuted with one of the most original records of the entire 90’s Hip Hop era. In stark contrast to the boys-in-the-hood clichés common among West Coast rap of the time, The Pharcyde brought a more sophisticated approach that included self-deprecating humor, vocal experiments, and witty references to Hip Hop lyrics.

The group member’s distinct voices, stylish delivery, and complex rhyming techniques made them immediate standouts even during Hip Hop’s “Golden Era”. Their first album, “Bizarre Ride II The Pharcyde” succeeded in being entertaining from start-to-finish, making it a rarity among Hip Hop albums to this day. They followed it up with a strong sophomore release titled “LabCabinCalifornia” that utilized the talents of a then unknown producer from Detroit named James Yancey aka Jay Dilla. That album delivered classic hits including Drop, Y, and Runnin, that remain in better DJs crates to this day.

The Pharcyde are particularly talented at performing live and their skills can be traced back to their origin. Before they became MCs, they toured with major acts as dancers and developed a strong stage presence. (Another artist who started out as a dancer was Tupac.)

The Pharcyde received heavy rotation on the East Coast in a time when Hip Hop was strongly divided along geographic lines. To generalize, West Coast “gangster rap” was filled with stereotypes that played into the fantasies of suburban audiences. (This might come as a shock to those who got their Hip Hop history from third-party sources, and may have believed the claim that L.A. rappers were “the voice of the streets”. In fact, people on the East Coast found the majority of West Coast Hip Hop of the early 90’s to be unsophisticated and ignorant, with several notable exceptions including Ice T, Del, The Souls of Mischief, Ice Cube, Snoop Dogg, and Dr. Dre.)

The Pharcyde were themselves major fans of Hip Hop culture and gave back to the community that embraced them. They once performed for free at the annual Rock Steady Reunion in New York, delivering one of the event’s best-ever performances in a basketball court with no stage.

Unlike today’s YouTube rappers who lack presence and creative routines, MCs of the Pharcyde’s generation have all sorts of tricks to engage the audience and keep the energy level high. 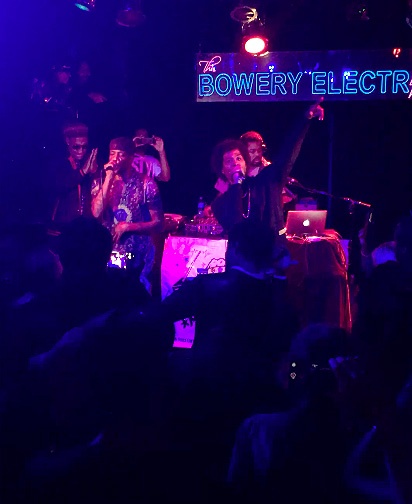 We recently caught The Pharcyde performing at New York’s Mobile Mondays, and witnessed them backed by famed producer Just Blaze as their DJ. The room was filled with Hip Hop luminaries including DJ Kool Herc, one of the founders of Hip Hop, along with Pyscho Les from The Beatnuts. 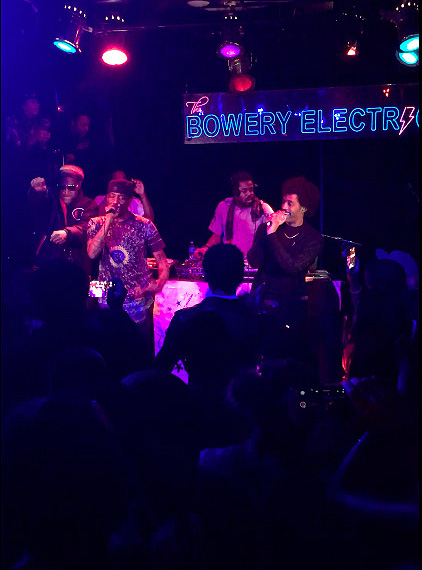 Check out the excellent Pharcyde interview below by Snoop Dogg, and you’ll get an idea of how well respected the group are among their peers.

Catch The Pharcyde perform in Hong Kong for the first time on April 14th. Tickets are $200 HKD advance, or $300 HKD at the door, and include two Redbull drinks!

The Pharcyde at FLY