Punk legends The Damned will be hitting Hong Kong on February 28th as part of their 40th anniversary tour. The legendary group, who were extremely influential in the earliest days of British Punk, were part of the movement that also included bands like The Sex Pistols and The Clash.

In the late 70’s, The Damned went on to influence scores of other bands with their driving sounds and wild, fast-paced delivery. Have a listen to the band’s debut album “Damned Damned Damned” from 1977 below.

The Hong Kong show features original vocalist and lead guitar player, David Vanian, along with guitarist Captain Sensible. It’s rare for any band to have a 40th anniversary, much less a hard-rocking Punk band from the 70’s.

Local punk outfit The Pansies will open things off and set the mood.

For more detailed information and tickets, please follow this link.

The Damned live in Hong Kong! 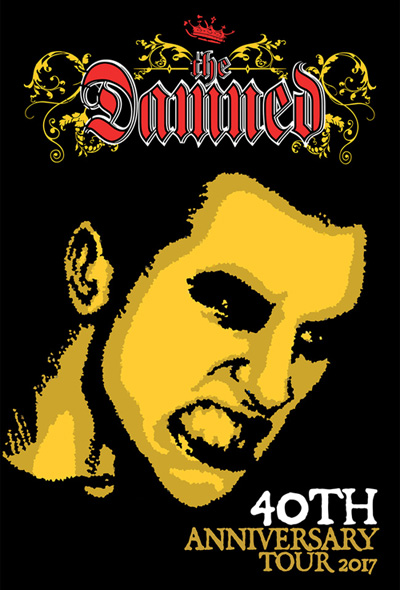