Last Saturday’s “Where’s the Party?” event held by Carlsberg echoed the old Rave party days, with a meeting point and a secret destination inside an old industrial building.

The party, which was actually a large music event, featured headliner Edison Chen, along with rappers M.C. Yan, and Chef. Also on the bill were party-rockers 24 Herbs featuring Stephy, and several DJs including DJ Mykal from Taiwan, and Spyzitrix.

The large space was filled with over 600 people and held up well. Unlike most warehouse events, it wasn’t unbearably hot, despite the big attendance. 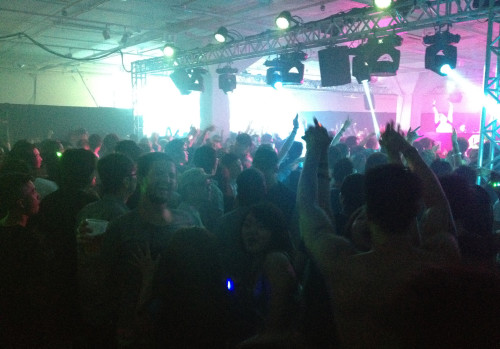 Beer flowed from taps set up throughout the venue, so there was never a long wait for a drink! The youngish crowd was in a good mood and were enthusiastic about the performers, at one point even chanting “Edison, Edison, Edison”, before the performer took the stage.

DJ Mykal from Taiwan played a solid set that combined various types of music including Rock, Hip Hop, and “EDM”. One interesting point was when he played a classic song by local band Beyond, and the Hong Kong crowd sang along.

Hong Kong DJs often lack the gumption and creativity to do something different like this. It was a departure from the norm, and the sign of a good DJ, willing to try something different, and not just stick with conventional songs, which any amateur can play.

Another standout of the night was the art direction, which featured graffiti-covered hallways in addition to a massive video screen that broadcast similarly styled visuals. It helped create a cool atmosphere that matched the bands headlining the event.

Edison and crew performed with a number of live musicians including a violinist, a guitar player, a trombone player, and a DJ.

Have a look at the party in the video below!

The combination of strong attendance, interesting branded environment, and a crowd that was genuinely into the music, made the 2013 Carlsberg “Where’s the Party?” event a big success. 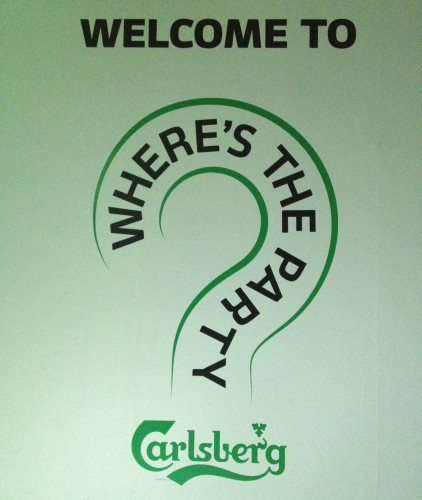 Where's the Party?" event held by Carlsberg echoed the old Rave party days, with a meeting point and a secret destination inside an old industrial building." />