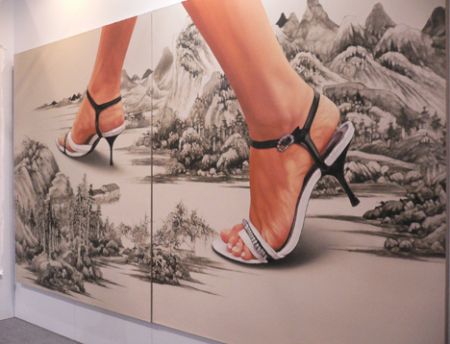 Last week brought a new landmark to Hong Kong’s art scene. The Hong Kong International Art Fair was held for the first time, confirming the explosion of interest in art in the city. Judging by the turnout, the Art Fair’s debut was a major success.

The location of the event was the Hong Kong Convention and Exhibition Centre in Wanchai. One large hall was filled with over a hundred galleries set up to feature artist’s work. Tickets were sold to the public or given away by participating galleries anxious to lure buyers to their stalls. 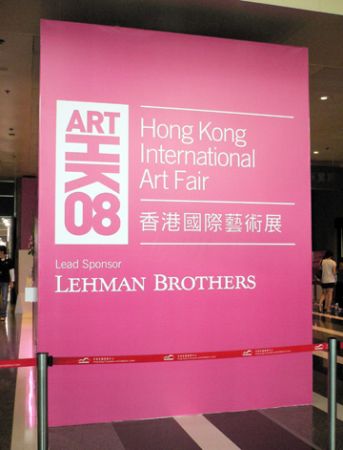 The works ranged from traditional offerings such as paintings, photographs and sculptures, to more modern concepts, such as video installation pieces. Slickly mounted on flat panel TVs, this is the first time I’ve seen video works available for purchase. Though I do appreciate the art from, it’s sort of an oddity, since you’re buying creativity looped on a DVD.

The Hong Kong International Art Fair featured work from all over the world, with an emphasis on Asian art.

Attending on Saturday I took a systematic approach and checked out every booth. Perhaps by the time I visited, some of the major works had already been sold and were removed from the exhibition spaces. I wasn’t impressed by the most of the art, but I did see a handful of interesting pieces.

One gallery in particular stood out as having a strong portfolio of artists. The PYO Gallery, based in Seoul, Korea seemed to have the best mixture of contemporary work. As I was walking by, a painting by Chinese artist Nan Chao caught my eye. The canvas consisted of a traditional landscape painting interrupted by imagery of a contemporary woman. (see the photo at top).

At the same space, Korean artist Lee Yong-deok’s “Depth of Shadow” works were drawing many spectators. As you moved, the faces in the works would appear to follow your gaze. 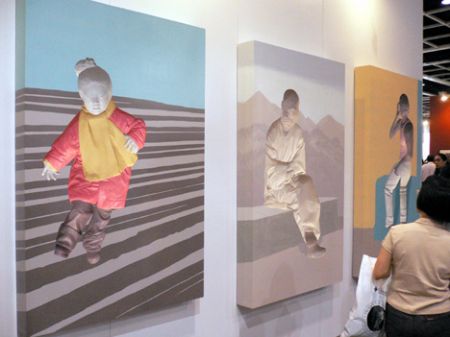 Though something of a gimmick, these were well-done and unique in the fair. Two other artists exhibited at the PYO Gallery also caught my attention. One artist created reliefs out of a metal mesh, and another had a painting with a floral pattern mixed with Pop images of a sniper and a character from a video game.

Exhibited at the 10 Chancery Lane booth, the works of Hong Kong artist Simon Birch were also in demand. Earlier in the week, Louis Vuitton hosted a dinner at the new Chancery Lane Art Projects space to coincide with the Art Fair.

Walking the floor, I spotted two sculptures by Mainland artist Jiao Xing Tao, who created a series based around Wrigley’s gum wrappers! 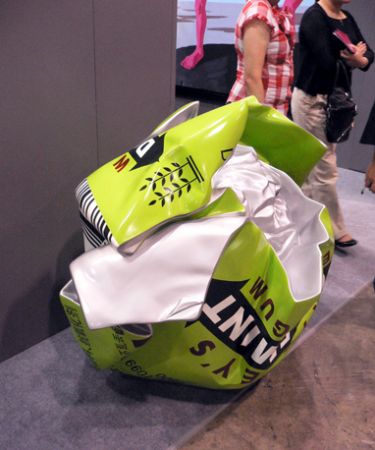 For a first time event, it was a remarkable turnout. You can bet that next year’s Hong Kong International Art Fair will be even larger and more ambitious.