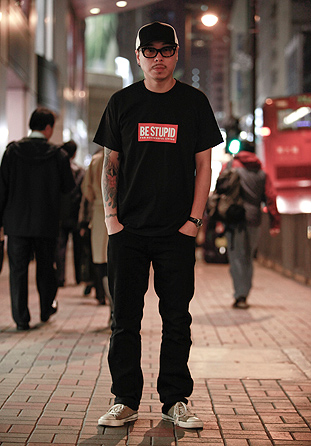 Diesel’s known to do some interesting promotions. For their Dirty Thirty campaign, they dropped the price of their anniversary jeans to $390 HKD! Tomorrow, Friday, January 22nd, they’re going one step further and actually giving away a special T-shirt for free!

Marketing with a positive message

The limited edition T-shirt is part of Diesel’s latest campaign, Be Stupid. The message ‘Be Stupid’ here means that it’s o.k. to go against traditional wisdom in pursuing your passion. Taking the unconventional path is often thought of by some as being stupid. The words on the shirt are encouragement to those pursuing alternative careers, even if they are outside of the norm.

Local role models for the Be Stupid campaign include: Wing Shya, Simon Birch, Tony Chan, Phat Chan, DJ Miss Yellow, Brian Siswojo, Annie Lee, and Prodip Leung. All of them have become successful following their passions and pursuing the things they love.

To get your Be Stupid T-shirt, go to any of the locations below. The shirts will be passed out on a first come basis while supplies last, starting at 1pm on Friday, January 22nd.

There are two locations on Hong Kong Island, and one in Kowloon: