Jayne Min, the L.A. blogger behind Stop It Right Now was in Hong Kong on Friday to launch the latest issue of Pedderzine which she guest curated.

For her H.K. visit, the Los Angeles native styled up the On Pedder store, starting with a skateboard ramp parked at the front entrance. 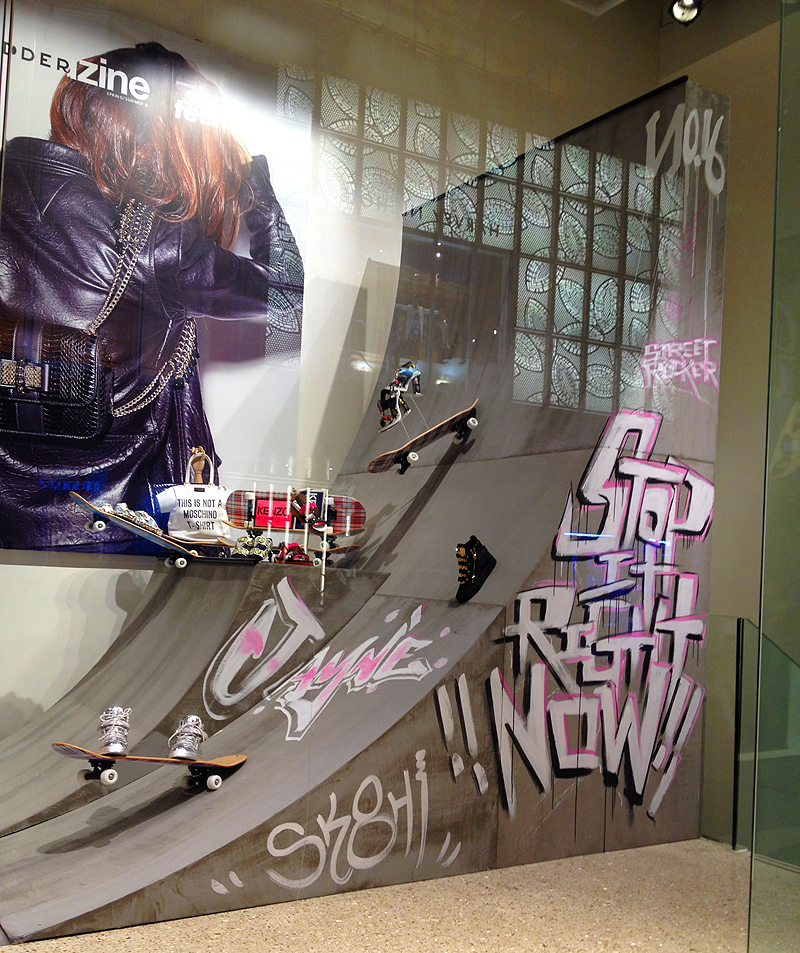 Though a self-confessed Vans sneaker lover, Jayne also has a major shoe addiction, and the display starred a range of exclusive footwear offered by the store.

Of the many bloggers to choose from, Jayne was a savvy choice, as her style is in line with On Pedder’s mix of artistic young designers alongside big name brands.

On Pedder’s visual merchandising is often a step above others, and the skateboard ramp in the front window is another classic. 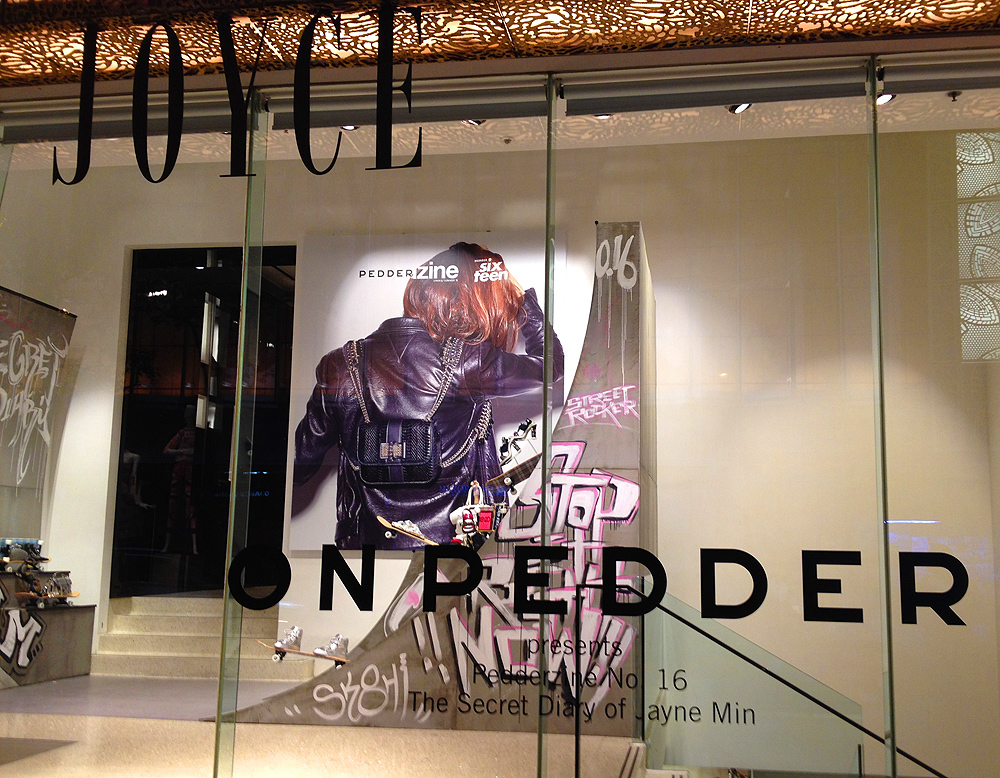 One of our previous favorites was the window display for designer Natalia Brilli, that featured a skeleton playing the drums.

As part of the collaboration, On Pedder and Jayne Min produced a special limited edition series of skateboard decks. The design features the ubiquitous plaid print found on plastic bags in the city. The pattern added a little grittiness and local flavor to the in-store displays. 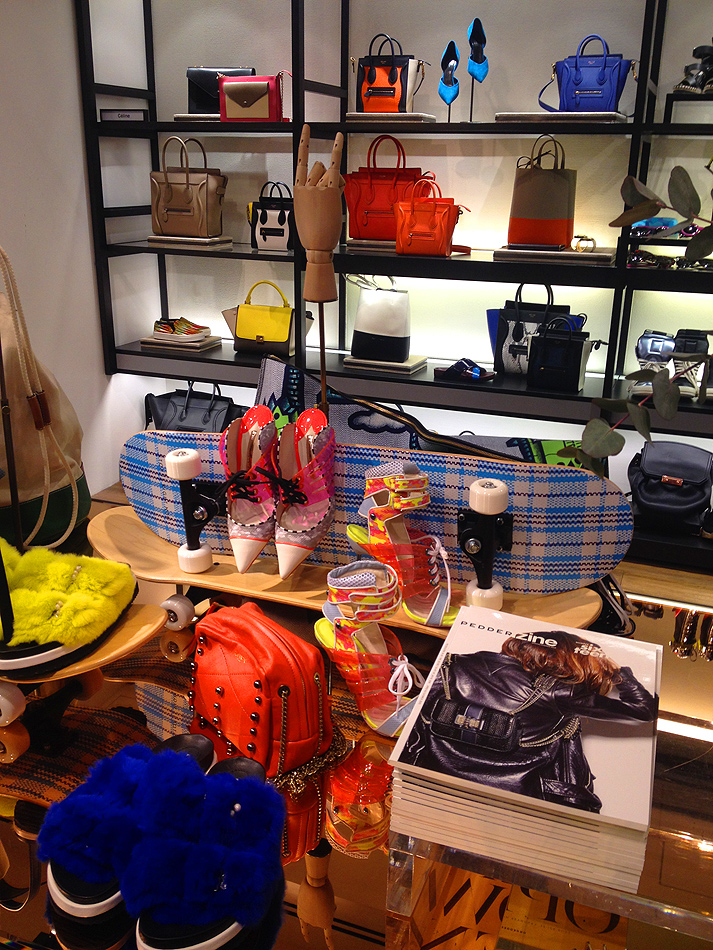 The installations around the shop featured items from the magazine, alongside her skateboard decks. 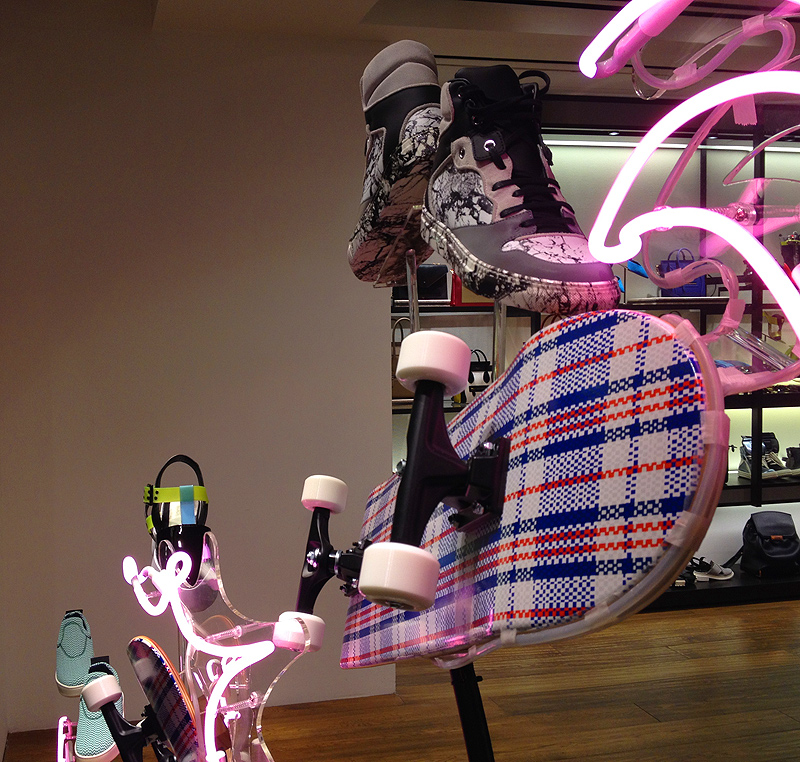 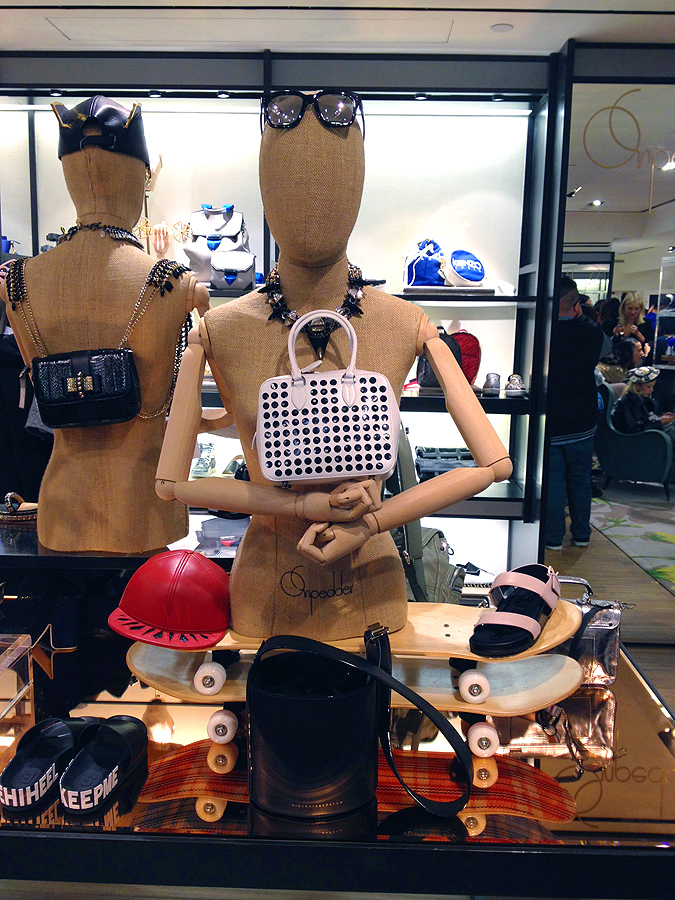 Guests at the reception socialized and snapped photos of the displays and each other. The turnout was strong, with jet-set fashion professionals and key influencers in attendance. Jayne made the rounds, mingling, and posing for photos. 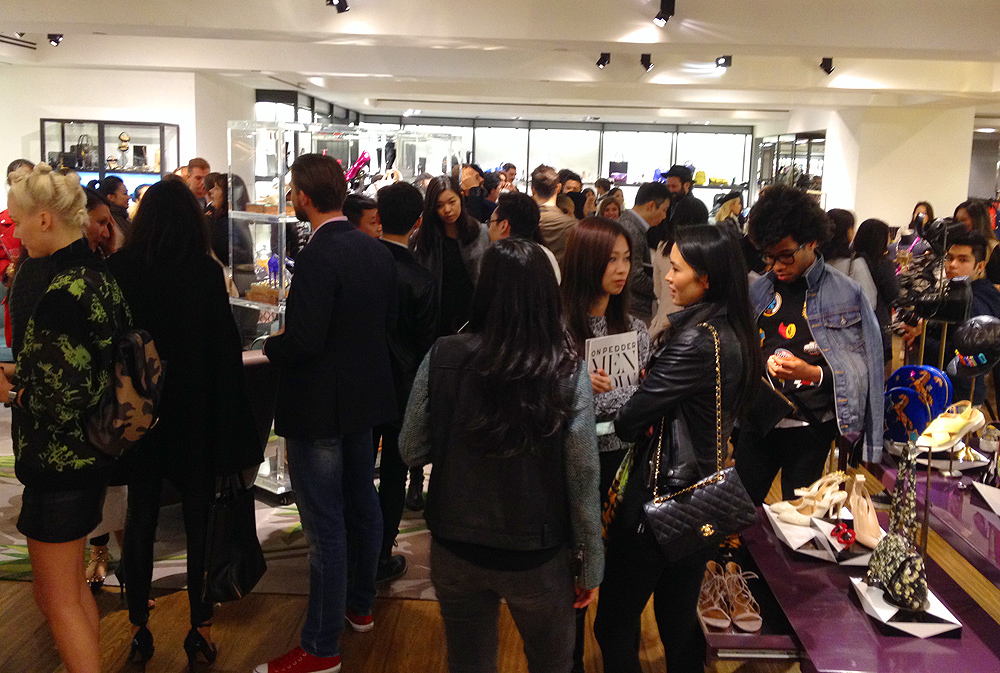 Snacks such as ice cream sandwiches, and cookies bearing the likeness of Jayne’s dog, Kuma (in sunglasses no less!,) were also part of the fun.

You can pick up a free copy of Pedderzine at any On Pedder store.

The Secret Diary of Jayne Min