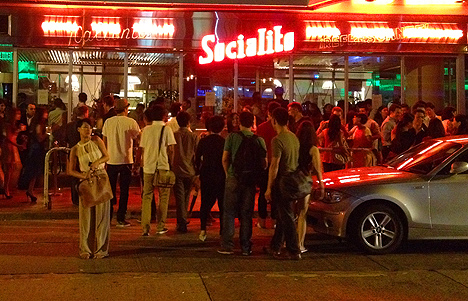 Taking over the former site of club Prive on Wyndham Street, they have divided the space in an interesting way.

The exterior, which runs along Wyndham Street, resembles a sidewalk taqueria, while the interior is a large, high-ceilinged restaurant space that transforms into a nightclub after dinner time.

The attention to detail on the outdoor area is excellent. From the corrugated tin ceiling, to the colorful writing on mirrors along the walls, it gives off an authentic taco stand vibe, even though it’s located in a modern building in Hong Kong.

The interior was so crowded with people on opening night that it was hard to get a good look at the place.

The lighting takes its que from Mexican joints. 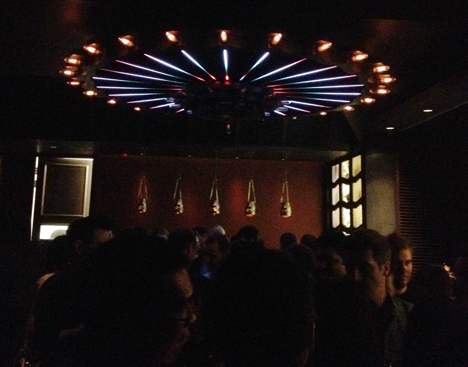 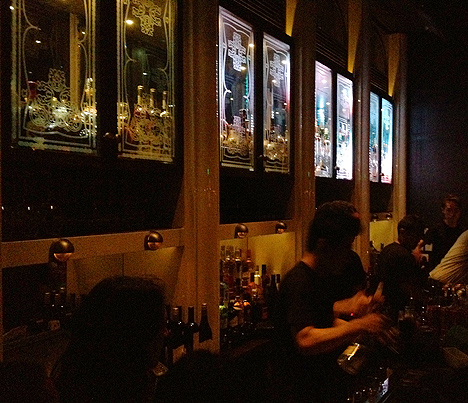 Display cases against both walls are used as a design element with backlit lighting that changes color. 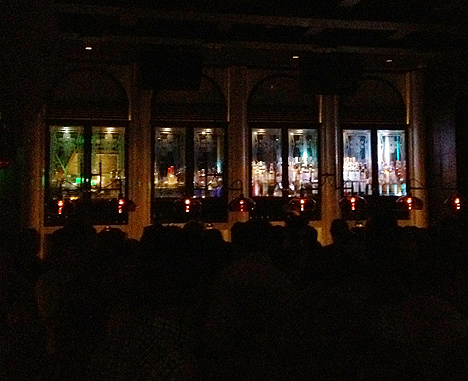 The space is dark, which is a welcome change from venues such as Fly and Volar which have an emphasis on large video walls that often inadvertently make the space too bright.

What about the food?

Socialito isn’t going to be a Taco Bell substitute, so don’t get your hopes up! 😉 The focus of the restaurant is more high-end, and stresses their “housemade” products and fine ingredients. It aims to be more Mexican and less Californian or Tex-Mex (which is the style more well common in the U.S.)

The menu consists of tacos, ceviches, tostadas, and tamales. A standout (especially in Hong Kong’s humidity,) are the paletas, which are homemade popsicles.

In keeping with Wyndham Street’s transformation from carpet stores and galleries to a focus on nightlife, Socialito offers a good range of alcoholic drinks. Mexican beers, specialty tequilas, and pitchers of frozen margaritas all appear on the menu.

Here’s the scene outside on opening night.