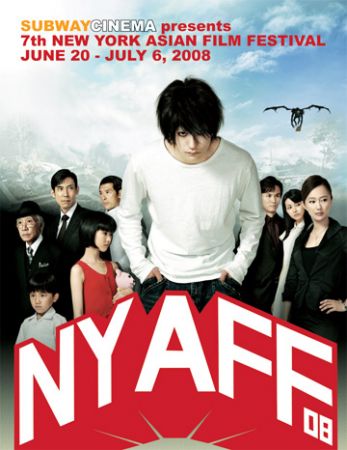 The New York Asian Film Festival opened today featuring four films from Hong Kong. Among those chosen were two by Johnnie To’s Milkyway Productions, Mad Detective and Sparrow. A pair of hyper-stylized adaptations of Japanese comic books, Sasori, and Shamo, are also on the menu. What’s the story behind these selections?

Choosing two Milkyway films makes sense. New York’s Subway Cinema, the organizers of the fest, were the first to create a retrospective of the works of Johnnie To back in 2000. This was before the Hong Kong director began to receive international attention.

While the foreign market continues to be obsessed with lavish, period-piece action films, movies that don’t conform to this typecast find it harder to gain exposure and distribution. Cosmopolitan cities like New York however can appreciate Milkyway’s smart contemporary films with an urban focus. Mad Detective, (a film that I previously wrote about here) fits into this category. I haven’t seen Sparrow yet, but it appears to be getting good buzz in film circles.

Sasori and Shamo are of the same breed. These films hark back to the heyday of Hong Kong’s category three movies. The pictures feature action, violence and gore. Both of the films are partially set in prisons. Sasori is based off of an exploitation classic, the Japanese Female Prisoner Scorpion series referenced by the likes of Quentin Tarantino. With extreme fight sequences, and stylized lensing, the films should appeal to audiences drawn to both cult classics and martial arts films.

Have a look at the trailer for the festival below.