The party, which took place on the rooftop of Pier 4 (aka the Lamma Island Ferry Pier,) was the same space chosen by Prada for their mega Pradasphere event last November. Ports utilized the location in a very different way however. 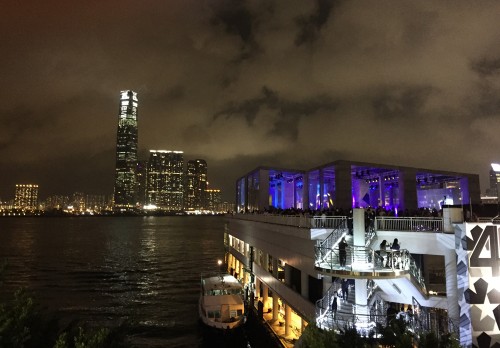 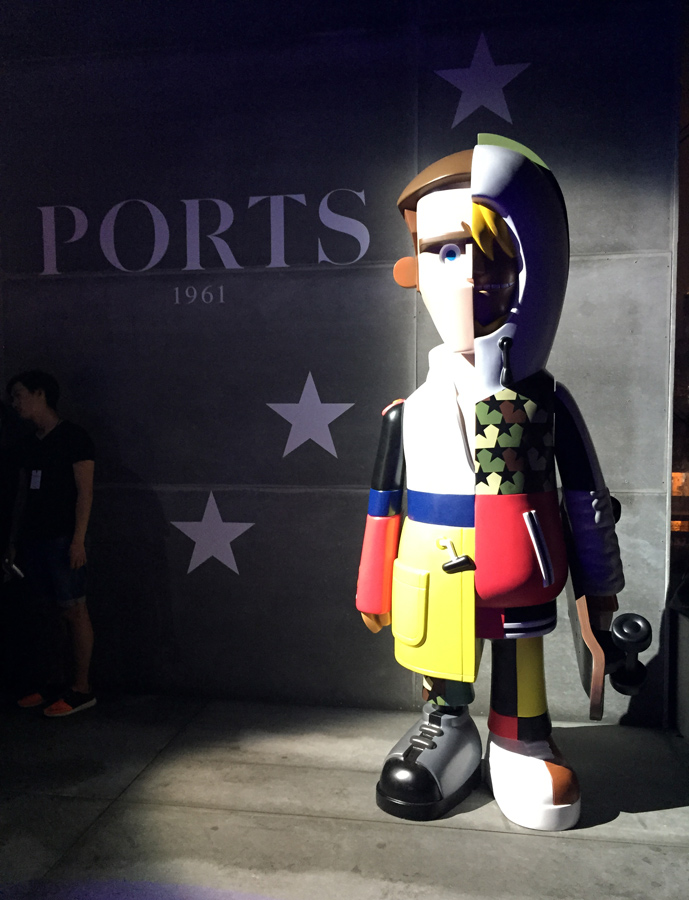 For example, Ports commissioned Michael Lau, the noted toy figure pioneer to create a large scale character for the menswear launch. An illustration of the same character also appeared on the invite for the event.

In another nod to Hong Kong artists, platforms scattered throughout the venue were covered in King of Kowloon style graffiti. More culturally astute attendees picked up on the references and appreciated them.

The party space itself was dazzling, quite literally. Scattered across the floor as you entered, were hundreds of LED lights blinking incessantly throughout the night. 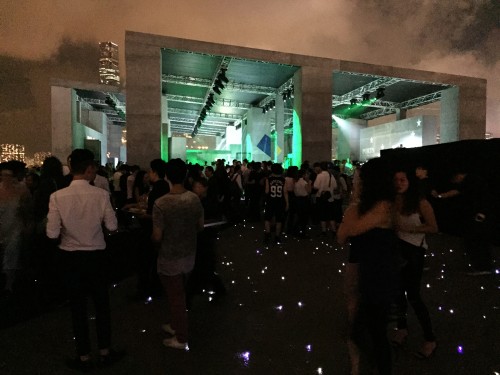 The space featured a bold design, as well as interesting details. Someone involved with the production had a very good eye for these things, which is rare in this era of tepid in-store receptions. 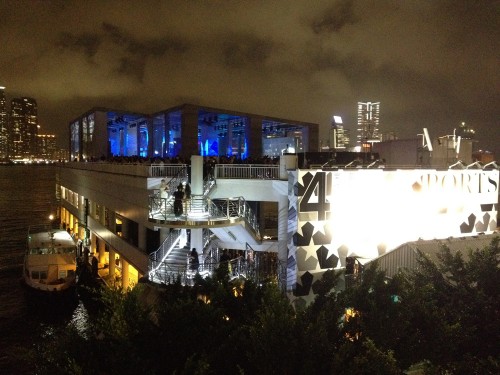 Much care was taken in trying to create the right atmosphere and construct a unique space. Despite the humidity (which was extreme on the night of the event,) partygoers got into party mode and danced along to the foreign talent. Everything ran smoothly, and there was a parade of musicians throughout the night, with one act following the next.

Attention to detail was everywhere – even simple drink bars were elevated to art pieces by arranging the bottles in patterns that supported the branding. (The straws made of metal were popular as well!) 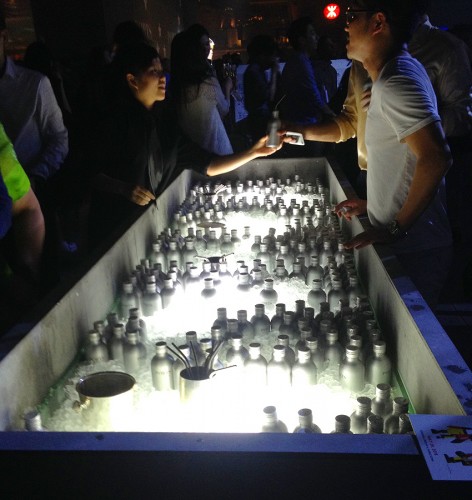 Whoever choreographed the night had vision. There were some innovative moves in the party planning. At one point in the night, a flash mob was embedded within the general audience. On cue, they staged a take-over of the dance floor filled with local and international dancers which made for an exhilarating, and eye-catching scene. Phones came out from all angles as individuals sought to capture the action and be the first to upload the excitement across various social media platforms.

The quality of the talent throughout the night was on an international level, and included the singer Elle King, who sang an acoustic rendition of “My Neck, My back” among several other songs.

Rapper Big Sean and DJ Mo Beatz took the stage and performed a long set, getting the crowd amped up and shaking to their well known cuts. 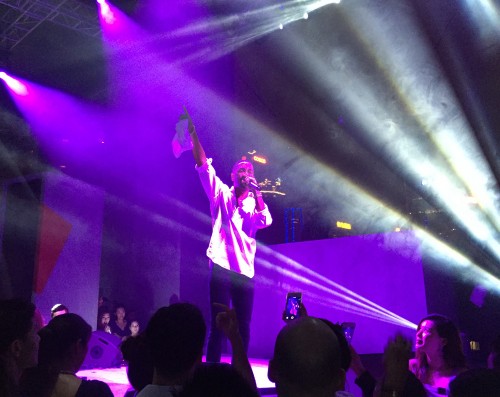 Big Sean was at his best when he departed from his productions and just rhymed with no backing track. His hits, even those with astonishingly meh lyrics, often get stuck in your head. The artist had strong stage presence, and was a good sport about performing in Hong Kong’s unrelenting humidity.

The party started to dwindle after the celebrity performances ended, however the festivities continued later at an official after-party held at Salon 10, which is a popular drinking hole for foreign fashion folk.

The Ports goodie-bags at the end of the night were also impressive, including a light-saber like LED wand, in addition to souvenir flashlights that guests were handed as they walked in. The bag also included a logo adorned Ports tote, and a matching iPhone 6 Plus case.

Ports did an outstanding job organizing the entire event, and everything that was under their control went smoothly. Overall, they made the best of the weather situation, and delivered one of the first memorable events of the year.