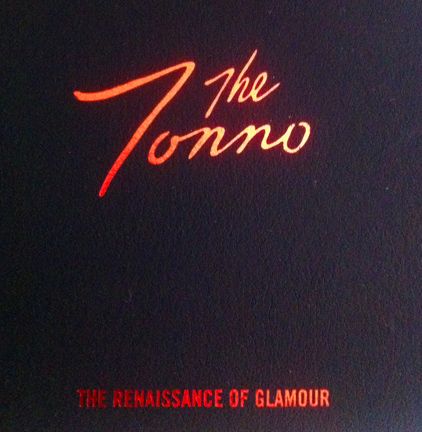 For years Hong Kong’s high-end nightlife has been clustered together in Central, with very few destinations outside the neighborhood able to attract a similar clientele. Later this month however, The Tonno, a massive new entertainment complex occupying 35,000 square feet, will be opening in Wanchai. Is the city’s nightlife about to change?

In many circles, Wanchai has a stigma of being somewhat down-market, mainly due to the large number of go-go bars popular with visiting foreigners and expats. Aside from the go-go bars, the majority of establishments in Wanchai are pubs, sports bars, and cover-band venues. Although there are a few exceptions, Wanchai is not a destination known for sophisticated Chinese nightlife.

The Tonno is looking to change that perception and bring a local and international Chinese crowd to Wanchai. The complex is designed with an interesting mixture of Wanchai standards (for example the casual bar and live music venue,) as well as special features tailored to attract a new, mixed, cosmopolitan crowd.

The two big questions are whether The Tonno can lure spenders to Wanchai from Central’s more affluent, Chinese scene, and whether a something-for-everyone approach will work.

Advantages of The Tonno

One advantage The Tonno has is being new. Partygoers in Hong Kong often seek to go to the newest place in town – at least at first. A second positive factor is that The Tonno offers multiple draws for a night out. Partygoers can jump from the casual bar to the restaurant, and then proceed to the live music room, club, or karaoke afterwords. Exploring a club-within-a-club allows people to circulate and check out multiple attractions all within the same venue. (Think Zouk.)

The inclusion of a state-of-the art, high-end karaoke, as well as a late night Shanghainese restaurant, are two ingredients that could help attract a Hong Kong Chinese following. A splashy new karaoke with thirty-one rooms is itself a sizable attraction, and may be enough to draw an up-market crowd away from CEO karaoke in nearby Causeway Bay.

Up-market partying in Hong Kong is often a progression that entails moving from one place to another during the night. Starting out with casual drinks at a restaurant or bar, moving on to multiple clubs, and then on to a late night snack or karaoke, is the norm. The Tonno is the only place in town that can offer this entire experience all under one roof.

A project of this scale would not stand a chance of success without extensive ties to Hong Kong’s social scene. Director of the project is nightlife veteran Jackson Ng, who was a co-founder of G-Spot Productions along with Gilbert Yeung and Gordon Lam. Jackson has decades of local connections and a know-how that will be essential in getting a project like this off the ground.

Putting on the final touches!