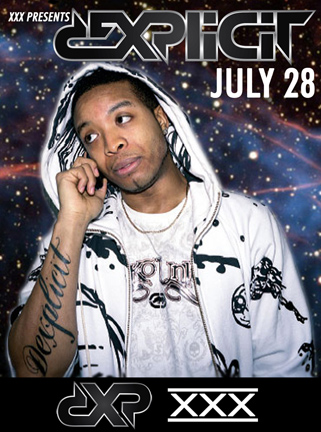 Even as the dance music scene in Hong Kong continues to blossom and diversify, it’s still rare to get a visit by a London-based Grime and Bassline DJ, let alone, one as influential as Dexplicit.

In the Internet age where music is getting more and more international, Grime and Bassline have remained very much a mostly U.K. phenomenon, not enjoying the same breakout success as their more high-profile cousin, Dubstep.

But what the hell is Grime and Bassline anyway?

Grime is vocally akin to a modern British Hip Hop with a fast instrumental that is composed, rather than sample driven. It often features M.C.’s rhyming in a rapid-fire stop-and-go flow that is heavily Dancehall Reggae influenced and chock full of London street slang.

Rich in musicality and heavy in bass, Bassline, is even more melodic, less choppy, and less aggressive. It has a driving, fast-paced beat that weaves vocals smoothly on top. As a generalization, Bassline has more female singers than Grime does.

One major difference between the two genres and Dubstep is that the songs aren’t interrupted by full breakdowns made up exclusively of sound effects and beeps, the way Dubstep often is.

The following are a few examples from Dexplicit who is a major producer, as well as a DJ.

Short interview with Dexplicit, with his Bassline remix of “Curses – What I Need” playing in the club.