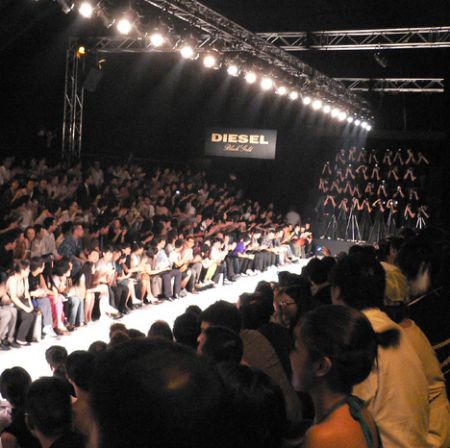 To celebrate the opening of their flagship store on Queens Road and the launch of the Black Gold collection, Diesel threw a massive event on Wednesday night in West Kowloon. The fashion show and party was just one in a series of huge events to take place in the area. Arriving by chartered bus, guests were treated to a glimpse at Friday’s venue set to commemorate the opening of the Coach flagship store.

Diesel’s lineup featured a lengthy fashion show and a dream-team of musical talent. How did the night turn out?

The event started off with a little confusion as the door people insisted on letting in those who brought their invitation as opposed to the guests who rsvp’d – the exact opposite of standard procedure. The situation was compounded by a lack of decision making and common sense at the reception desk. Past the checkpoint, guests proceeded to the large hangar-like structure where the fashion show would take place. 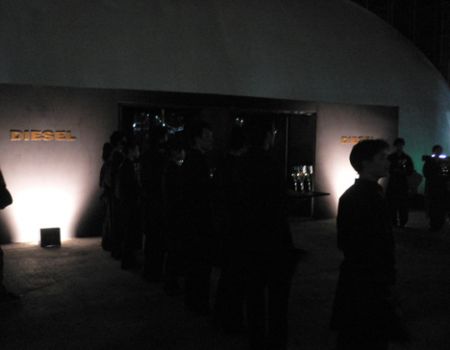 Utilizing the central corridor as the runway, the lengthy catwalk was sandwiched on either side by five-tier bleachers. Just after the arrival of fashion icon and actress Maggie Cheung, the show began. 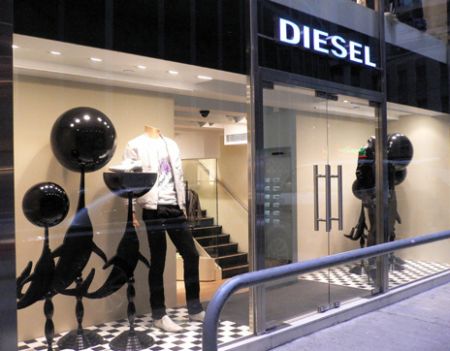 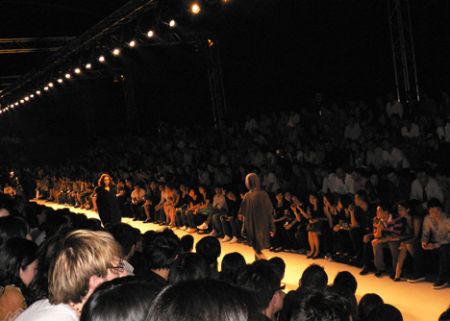 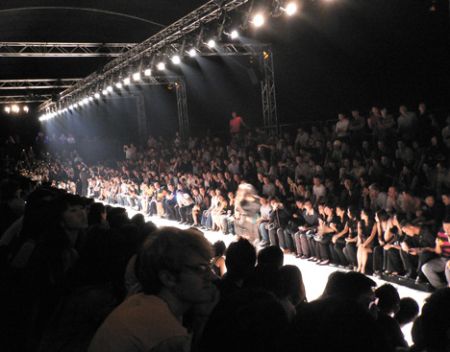 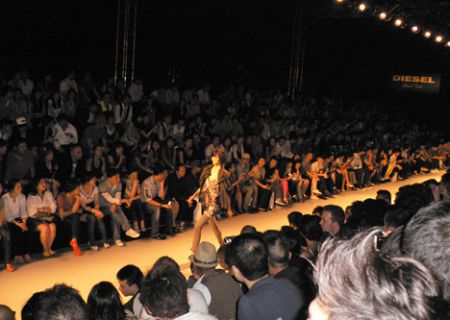 Diesel put forth a large collection that included winter clothes. The long runway and multiple outfits made for a lengthy show. The wall of photographers at the start of the runway was an interesting photo-op itself. The photographers were assembled in symmetrical rows and lit up the show with their constant flashing. (see top photo) 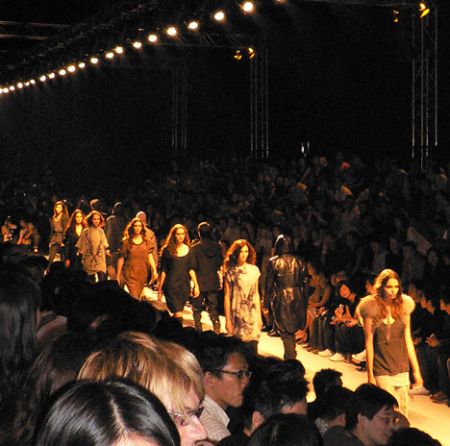 As the show ended, guests headed towards the exit. There was something of a traffic jam as each person was given the night’s gift – a special Diesel USB key-drive on a fashionable leather band. Stored inside the drive was a video of the Black Gold fashion show from a previous staging and a custom mix by D.J. Stretch Armstrong.

As guests poured out of the show, the party had already begun at the semi-outdoor facility a short walk away. The grand scale of the event became even more apparent as you arrived at the party venue. In addition to a massive patio area, a large stage with two d.j. booths was set up. An enormous video wall provided the backdrop. Referencing the name of the collection, Black Gold, which is an old-fashioned term for oil, the imagery featured oil derricks at work. 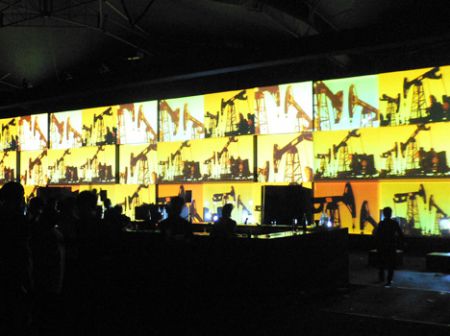 The V.I.P. area was set up on a slightly elevated area to the left of the stage. It mimicked the other part of the space and included a bar, couches, and large patio. Looking out from the balcony, guests were treated to harbor-side views of Hong Kong’s stunning skyline.

The entertainment for the night featured three first-rate American d.j.s.: Tittsworth, Eli Escobar, and Stretch Armstrong, in addition to two M.C.s, Pase Rock and Amanda Blank. The three-hour party could have easily lasted nine hours with this kind of talent. Unfortunately, Tittsworth ended his set just as party-goers were getting warmed up. 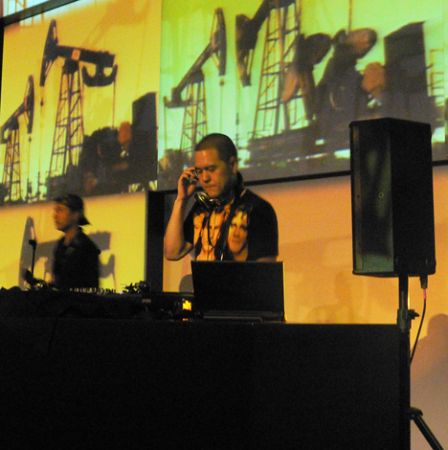 Pase Rock and Amanda Blank, backed by Eli Escobar came on next and got the musical cognoscenti in the groove. 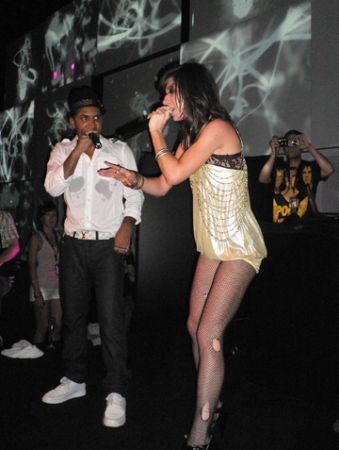 Eli played a mixture of musical styles that had the crowd moving. 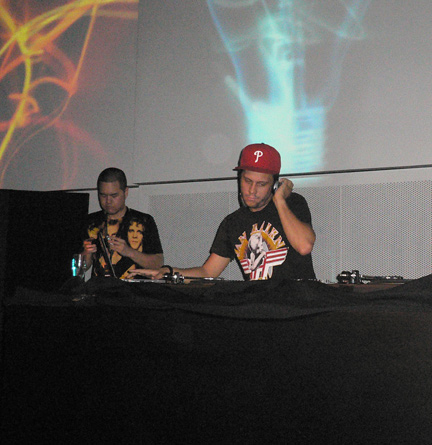 Stretch Armstrong, one half of a famous N.Y. radio duo played the final set of the night. 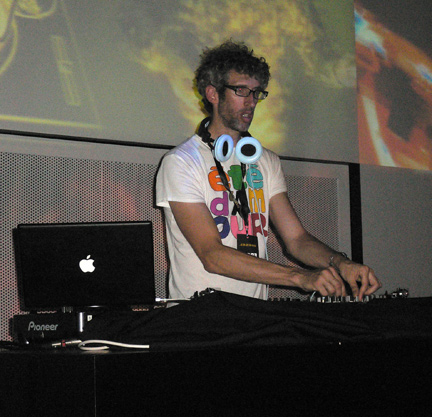 Though well known for his role in promoting underground Hip Hop, his set demonstrated his extended taste in other genres. By around 1am, the party began to wind down. West Kowloon, the site of the venue offers more space and greater flexibility for staging events, however concerns about loud music appear to be ending the nights somewhat prematurely. 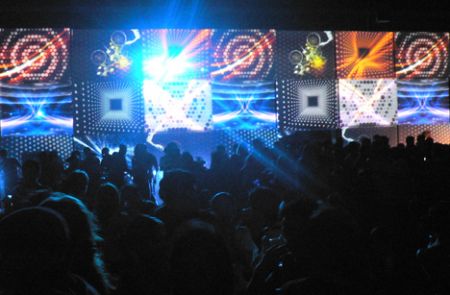 The party was attended by a who’s who of Hong Kong’s nightlife elite, fashion trendsetters, and young socialites. 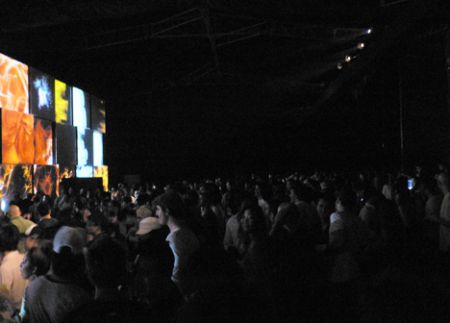 The two-part venue they created was in fact so large that you wouldn’t see most of your friends even though they were at the same fashion show and party! Once again Diesel succeeded in creating an event that people will talk about. Their reputation for bringing cutting-edge talent to Hong Kong remains firmly in place.