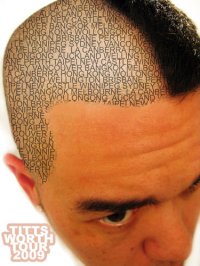 Tittsworth is making a return appearance this Friday at Volar during his 2009 world tour. He’s a top producer of new dance music and a d.j. who plays a wide variety of party-rocking cuts.

Tittsworth performed at Volar once before and also d.j.ed on the dream team last year for Diesel’s Black Gold event.

Fans of new dance music will also be interested in the Pimpin’ Ain’t Easy party at Cliq, unfortunately on the same night. That event features d.j. Pat Drastic and d.j. Suivez who I’m sure are also Tittsworth fans!

I’m going to try to catch both events!