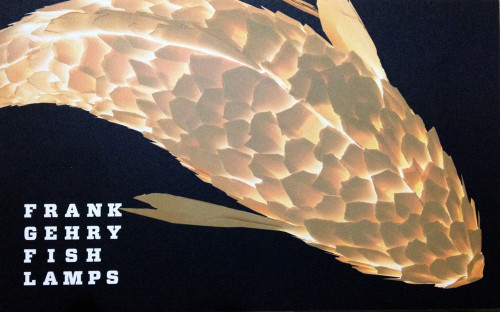 Long before he designed the Guggenheim Museum in Bilbao, or the Walt Disney Concert Hall in Los Angeles, architect Frank Gehry built a series of lamps in the mid 80’s that contained hints of where he was going creatively.

As his contemporaries sought inspiration from ancient Greece, Gehry took the fluidity and elegant movement of fish and applied it to buildings. His unconventional works, aided by pushing the boundaries of new materials and technology, enabled him to create structures that mimic the complexity of nature.

The Hong Kong branch of the Gagosian Gallery presents a new exhibition that brings together a number of Gehry’s rare lamps for display. Look closely, and some of the fish lamps feature the same angles and undulating movement that his buildings are known for.

Located at 53 Stubbs Road, you may have driven by The Opus inadvertently on your way up to The Peak. While it’s conservative by Gehry standards, it contains unconventional angles as well as a series of blocks at the bottom that has the architect’s signature style.

You can learn more about that project in his own words via an interview on the Opus website.