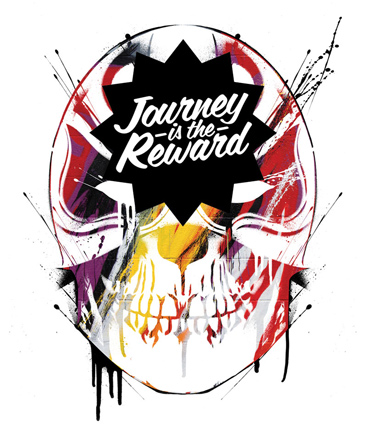 Australian artist Meggs is back at Above Second gallery with a solo show titled “Journey is the Reward.” The artist’s work features iconography heavily influenced by comics and street art.

Meggs’ 2010’s exhibit, “King For A Day,” was one of the most well received shows at the Above Second gallery, drawing a good crowd to the opening.

The red-haired artist, whose name is derived from a mischievous comic book character, Ginger Meggs, has exhibited around the world and has pieces included in the National Gallery of Australia, as well as the Victoria & Albert Museum in London.

The opening takes place this Friday, from 6pm to 10pm.