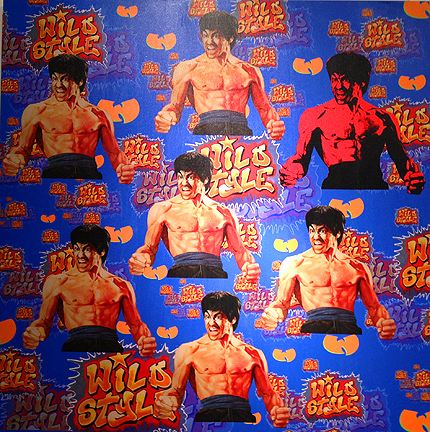 (Note the Wu Tang symbol on the canvas)

Fab 5 Freddy, a legendary figure in the early development of Hip Hop, was in Hong Kong this week to open an exhibit titled Kung Fu Wild Style on Saturday, October 20th. The show combines new artwork by Freddy along with paintings by M.C. Yan, a prominent member of Hong Kong’s Hip Hop scene.

The night before the opening, Fab 5 Freddy took part in a Q&A session following a special screening of the movie Wild Style, which he was instrumental in putting together. During the discussion, Freddy weighed in on the relationship between Hong Kong’s Kung Fu films and Hip Hop, as well as expressed his enthusiasm for RZA’s upcoming movie, “The Man With the Iron Fists”.

Check out the video!

RZA was recently interviewed by Funk Master Flex about the film and its connection to old-school Kung Fu movies. 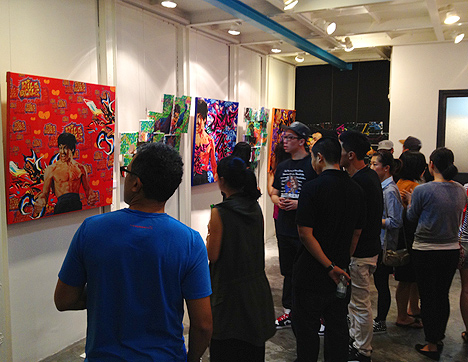 The exhibition opening on Saturday night had an excellent turnout. The show spilled out onto the street as guests enjoyed the Fall weather and the open space of Po Hing Fong.

In addition to M.C. Yan, other big names came to check out the art and lend support including Edison Chen, Chef, and MastaMic.

The Kung Fu Wildstyle exhibition runs until Saturday, October 27th, so you still have the opportunity to catch it! 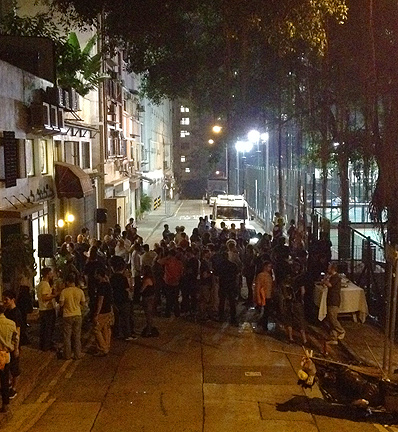