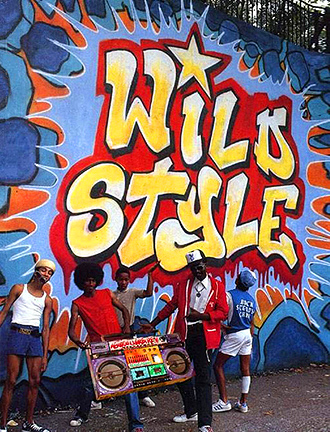 Did you know that the ‘Grandmaster‘ in the name Grandmaster Flash came from Kung Fu films? Or that Kung Fu maneuvers leapt from Shaw Brothers and Golden Harvest movies to New York’s streets as breakdancing moves? Even Wildstyle graffiti, with its complex lettering styles may have been influenced by the elaborate strokes of Chinese characters.

In the 1970’s, Bruce Lee kicked off a craze for martial arts movies that set in motion a wide ranging cultural exchange between Hip Hop and Kung Fu. An upcoming exhibition titled Kung Fu Wildstyle celebrates and explores this legacy.

Due to an insatiable appetite for Kung Fu movies at N.Y.’s Times Square theaters, and later, on New York’s channel 5 TV, Kung Fu films were a major influence on several generations of kids growing up in New York in the 70’s and 80’s.

The films played a powerful role in shaping not just the persona, moves, and style, but also the philosophy of individuals who grew up to become Hip Hop legends.

Fab 5 Freddy, a pivotal figure in the history of Hip Hop, will be in Hong Kong to take part in two special events on October 19th and 20th.

On October 19th, he will preside over a screening of Wildstyle, a movie that, to this day, serves as the most accurate depiction of Hip Hop culture at its birth. Fab 5 Freddy was the enabler and cultural ambassador that helped bring together the worlds of New York’s downtown art scene with the emerging urban renaissance that was Hip Hop culture. 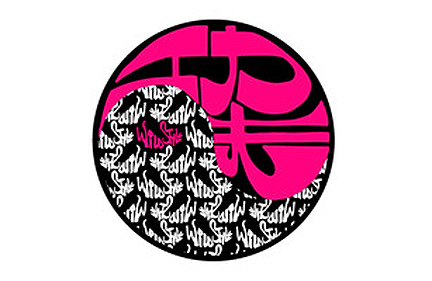 On October 20th, Fab 5 Freddy will present a series of new artwork, as well as take part in a collaborative exhibition with Hong Kong’s own Hip Hop pioneer, M.C. Yan (who will also be presenting a series based on Bruce Lee’s influence and outsider legacy.)

Fab 5 Freddy’s origin was as a graffiti writer, but his contributions to Hip Hop culture are vast. In addition to his post-graffiti art, which is collected by everyone from art world luminary Jeffrey Deitch, to Hip Hop impresario Jay Z, he is renowned for his crucial part (both behind the scenes, and in front of the camera,) in the movie Wildstyle.

In a contribution to Hip Hop music, his song “Change the Beat” gave birth to the most widely used sound in scratching that was immortalized in Herbie Hancock’s seminal song “Rockit”.

Check out what DJ Grandmixer D.ST did with this sound in the live version of Rockit:

Later, Fab 5 Freddy served as the host of Yo! MTV Raps, the first show dedicated to Rap music videos, again bringing the sights and sounds of New York to an international audience hungry for authentic Hip Hop culture.

(In a bizarre bit of Hong Kong Hip Hop trivia, for many years there was a ‘Yo! MTV Raps’ piece spray-painted on the overpass at Magazine Gap Road and Old Peak Road. Read more about that and check out our article on Hong Kong Hip Hop history.)

Both events on October 19th and 20th are highly recommended!

For more info on the exhibition, check out the Kung Fu Wildstyle website.

Limited seating, so please *RSVP* to the Facebook group.

Both events are free and open to the public