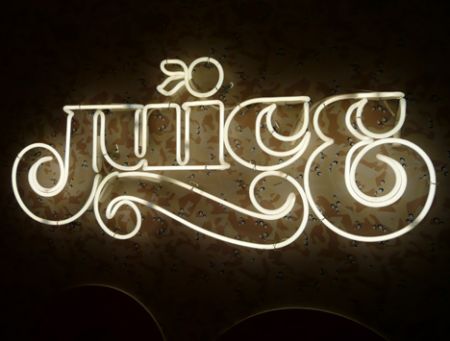 Reebok celebrated the 20th anniversary of the Reebok Pump with the release of sneakers designed by several exclusive boutiques from around the world.

In Hong Kong, Juice, the retail shop operated by the CLOT crew was selected to create their own signature sneaker. The result is what may be the best shoe out of the entire Reebok Pump 20th anniversary line.

The anniversary party, held at the medium-sized Juice shop in Causeway Bay, was a fun, invitation-only gathering of Hong Kong fashion folk, sneaker-heads and celebrities.

The entertainment for the night was provided by D.J. Miss Yellow and D.J. Be Careful (aka the actor Sam Lee.)

The store was fitted out with special displays showcasing the new models in addition to neon lights saluting the anniversary.

Arriving a little on the late side, Juice was packed with people socializing and rocking to the music.