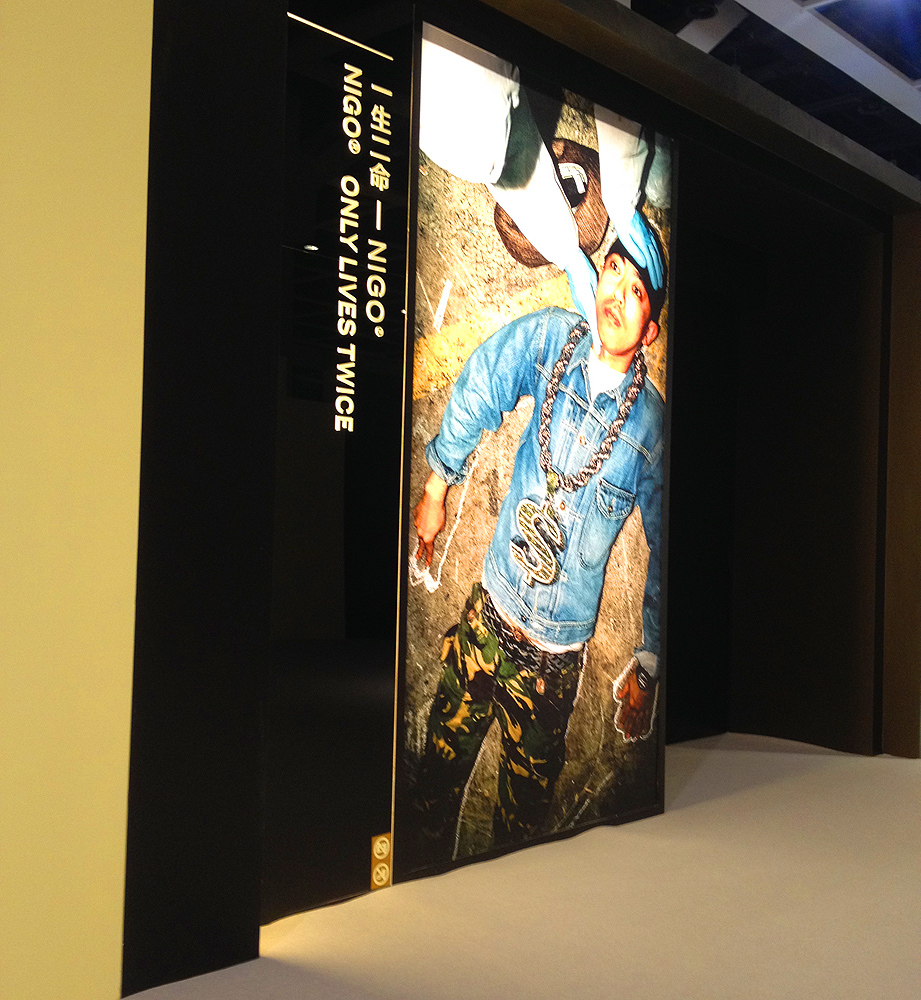 Nigo, the Japanese streetwear pioneer and founder of A Bathing Ape brand, has been a tastemaker and trendsetter for over two decades. A legendary collector as well as creator, he decided to hold an auction through Sotheby’s Hong Kong to part with some of his possessions.

Interviews always allude to the large scale of Nigo’s holdings and the special items he has acquired around the world. Up for auction were a balanced portfolio of cultural artifacts from famous furniture designers, fashion houses, pop cultural collectibles, collaboration projects and artwork, as well as toy figures.

The art section consisted mostly of artists associated with the graffiti / post graffiti movement such as KAWS and Stash, as well as early Futura works. Also up for grabs were Planet of the Apes posters, and a few pairs of sneakers.

Although there were 108 lots of items to be auctioned, one got the feeling that this is just the tip of his collection. Even at times, it felt as though he was cleaning out a closet – though all of the items certainly had their own cache.

A few novelty luxury items also made their way into the sale. There was even a Gucci Christmas tree!

Other pieces were from special collections that he designed along with famous brands, most commonly known as crossover projects. 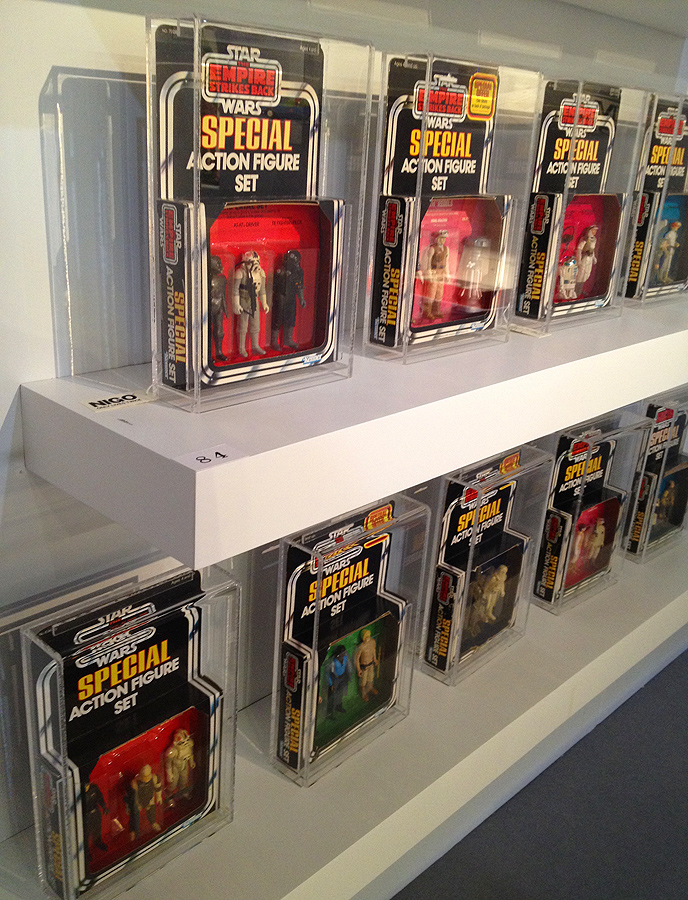 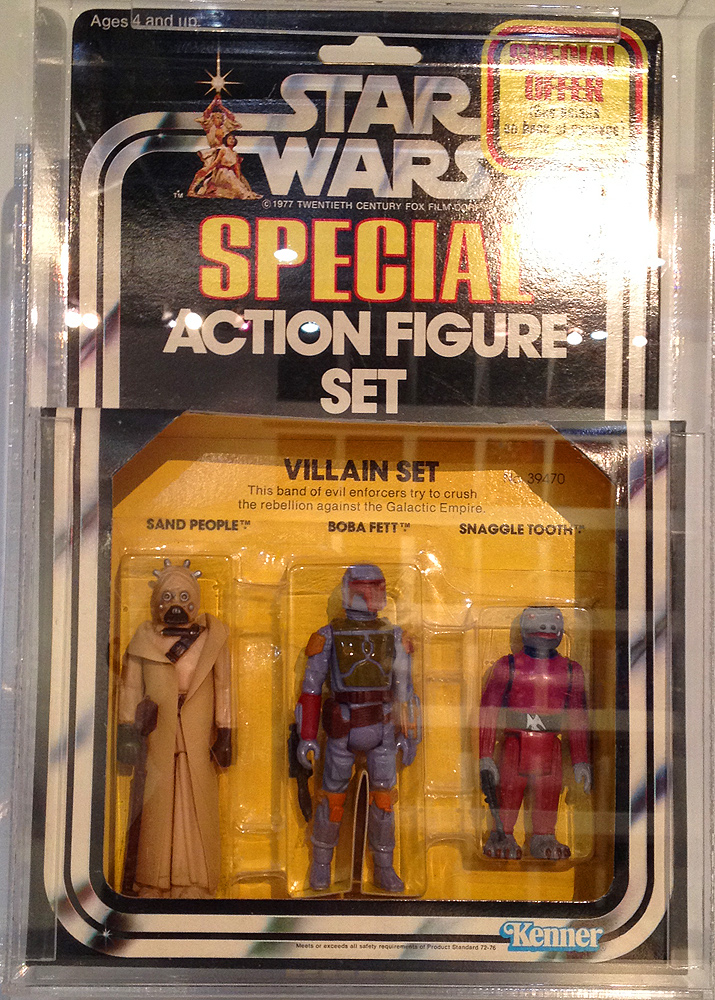 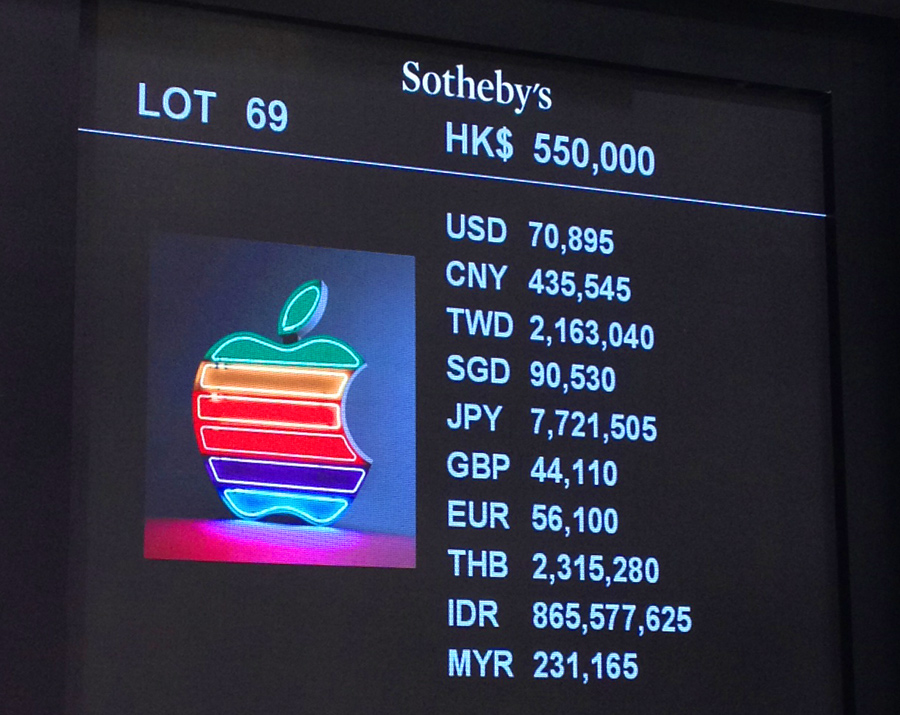 KAWS paintings and large scale figures may have reached new levels at the auction, including over $800,000 HKD for a figure, and 1.8 million Hong Kong Dollars for a painting. 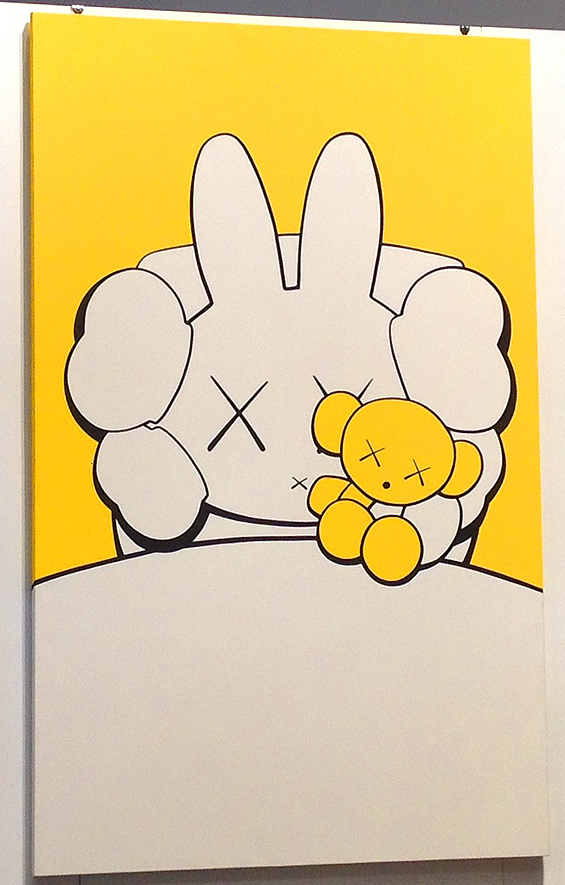 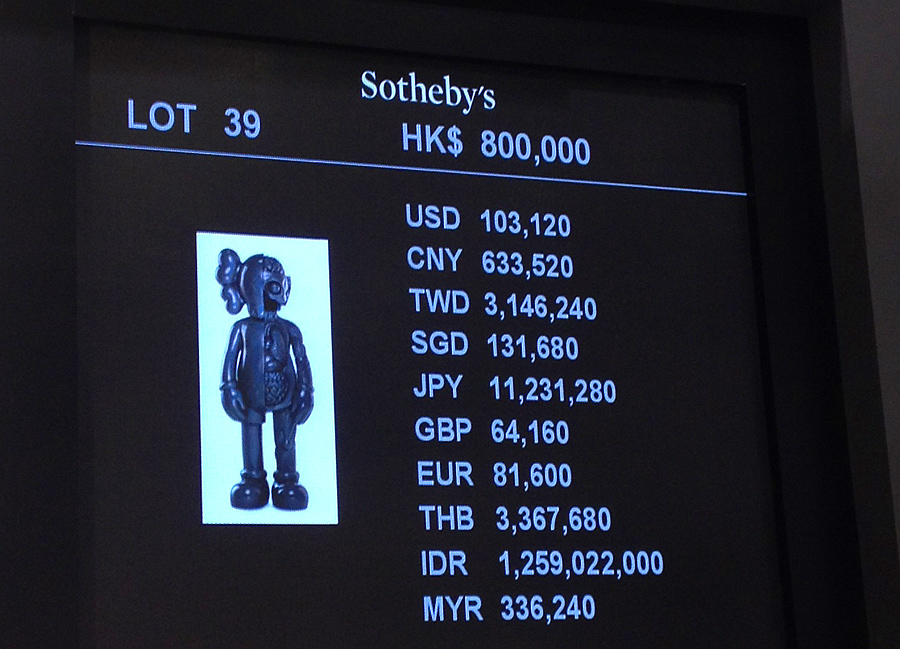 Part of the allure of the items, and perhaps what made their prices high in some places, was the provenance of their famous owner.

Bidding wars took place at certain points, as offers came in via the Internet, by phone, and from within the room.

A few funny moments occurred. When legendary Hong Kong collector Robert Chang won an oversized Hip Hop style dollar sign necklace, the auctioneer asked him to come up to allow her to present it to him personally. He played along, and the dapper 88-year old sauntered over to the stage and slipped on the necklace to applause from the crowd. 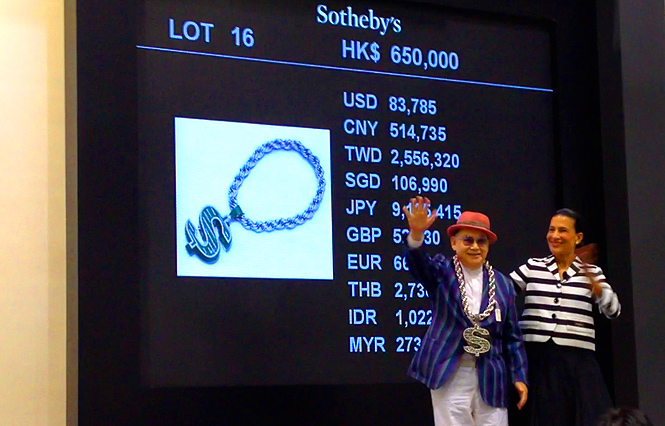 The custom dollar sign necklace was perhaps the most iconic Nigo item of the entire collection up for sale. Other items, such as Eames chairs don’t speak as much about the time period or the persona of the famous collector.

Inline with his reputation, Robert Chang made a savvy purchase.

During the auction there were also some good deals to be found. Several pieces of furniture went for reasonable amounts, as well as the historic Paramount Pictures sign, which was snatched up relatively cheap.

All of lots sold, with the final numbers double Sotheby’s estimated amount. Nigo was on hand as well, milling around just outside the room, adding additional star power to the occasion. 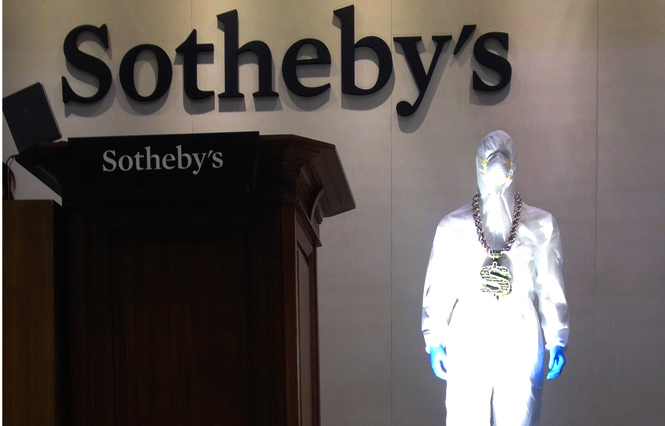 Sotheby's to part with some of his possessions." />