Kitsune, the fashion and music label that epitomizes modern Parisien cool, opened a pop-up shop in the heart of Causeway Bay in mid March. The temporary space is the precursor to an official Kitsuné store which will open around the corner in June.

Officially titled Maison Kitsune Gallery, the space features artwork by well known graffiti artist Andre Saraiva. Although originally from Sweden, André has been an active member of the Parisian graffiti scene for several decades and is most well known from his work there.

On opening night, Andre was busy signing posters from his ‘Dream Concert’ series, as well as spray painting his signature characters both inside and outside the store. 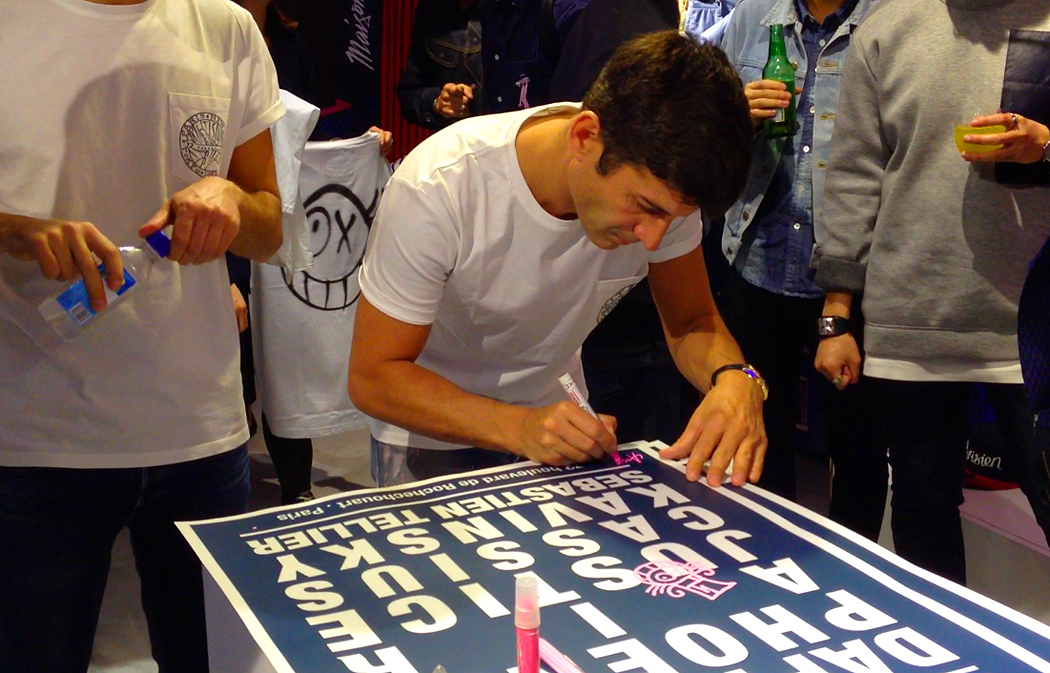 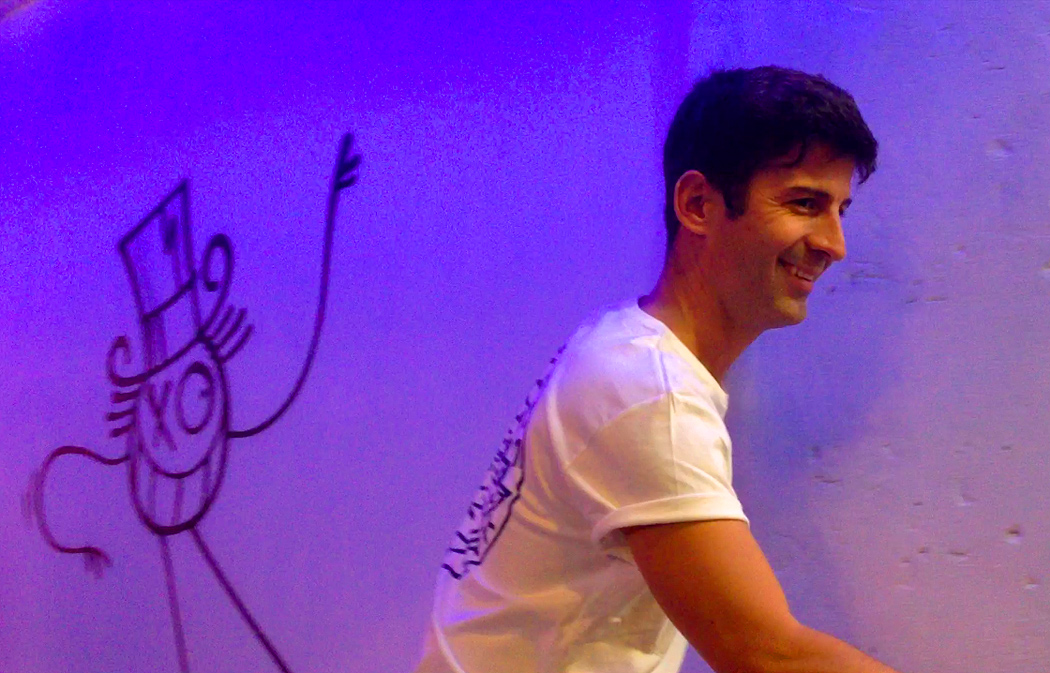 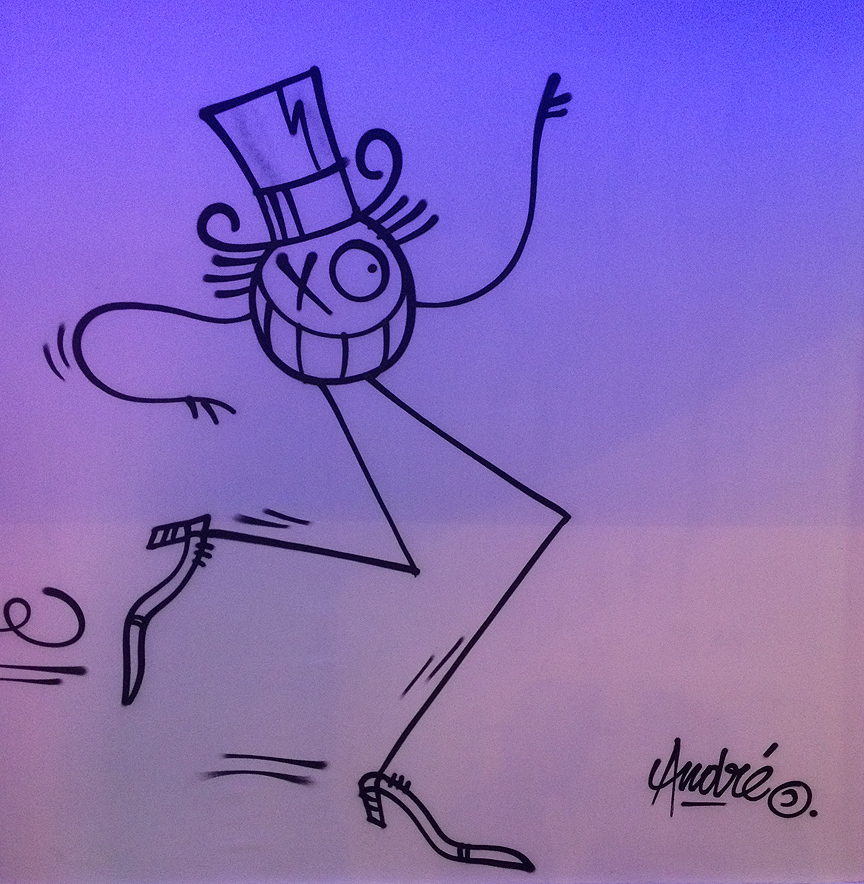 The boutique interior features custom wallpaper from an illustration that Andre did for Kitsune based off of his favorite cities around the world.

Have a look at our video to catch André painting his ubiquitous ‘Mr. A’ character live. Also watch as model / actress Lauren Rhoden bombs our video! 😉

The shop opening was packed with celebrities, fashion insiders, and artists in town for Art Basel. The sidewalk and alleyway accommodated the spillover, as guests snacked and sipped on kiwi cocktails.

Although Kitsuné is a sought after brand carried by many of the city’s fashion heavyweights, the pop-up is a collaboration with indie entrepreneur Arnault Castel, the founder of the much beloved boutique, Kapok. Arnault was the first to bring the French label’s music and clothing to Hong Kong nearly a decade ago.

It’s good to see two once small local businesses grow and expand together. All too often, businesses who discover fashion talent get pushed aside by the big players in the market who promise more volume, but don’t pay as much attention to the vision or spirit of the brand.

Over the years, Kapok has expanded to include locations in Hong Kong, Taiwan and Singapore, and Japan. In total, they now have fourteen stores in Asia! Kitsune has likewise grown incredibly, with several high-profile international boutiques and numerous collaborations.

The Hong Kong pop-up store featured the release of a special limited-edition sweatshirt, t-shirt and tote that have the word ‘Hongkongais’ written across the front. On opening night, Arnault, and Kitsune founders, Gildas Loaec, and Masaya Kuroki all sported the items. 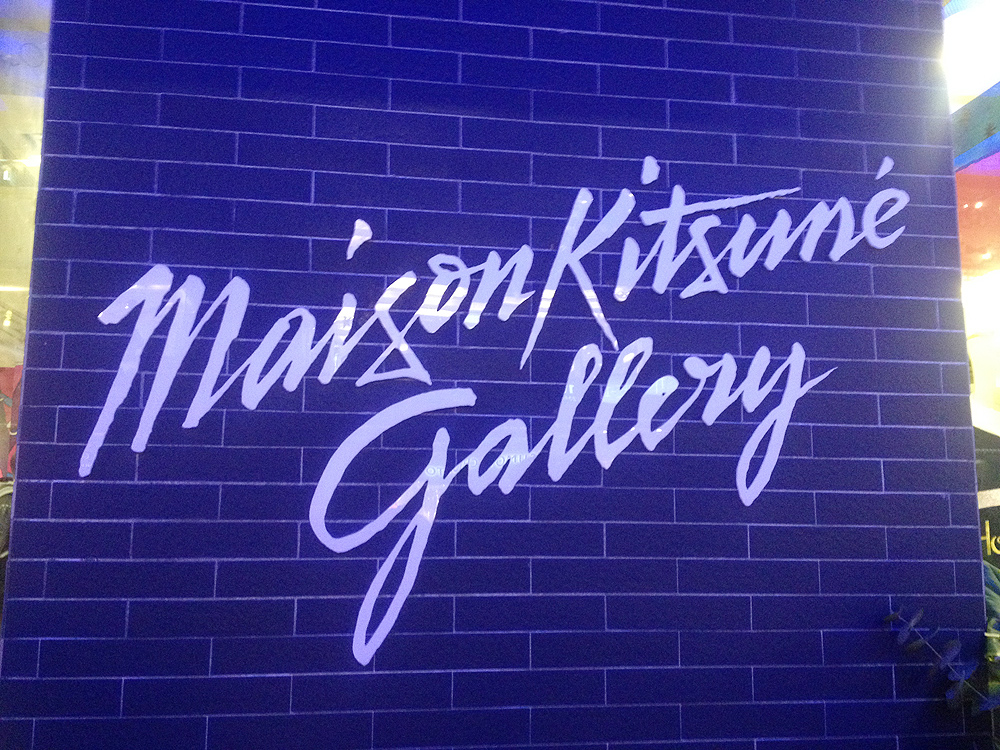 Kitsune, the fashion and music label that epitomizes modern Parisien cool, opened a pop-up shop in the heart of Causeway Bay in mid March." />