Perched on the top floor of an industrial building in Hong Kong’s Chai Wan neighborhood, Memory Lane is a concept store, a gallery space, and a new street wear brand.

Its location in Chai Wan – already somewhat off the map, is deeper into the factory area than most people tend to tread. Though the MTR-centric may perceive it as uncharted territory, once you know your way, it’s actually not very difficult to get to. Situated on the far East side of Hong Kong, there are express buses that operate frequently to this part of the island. 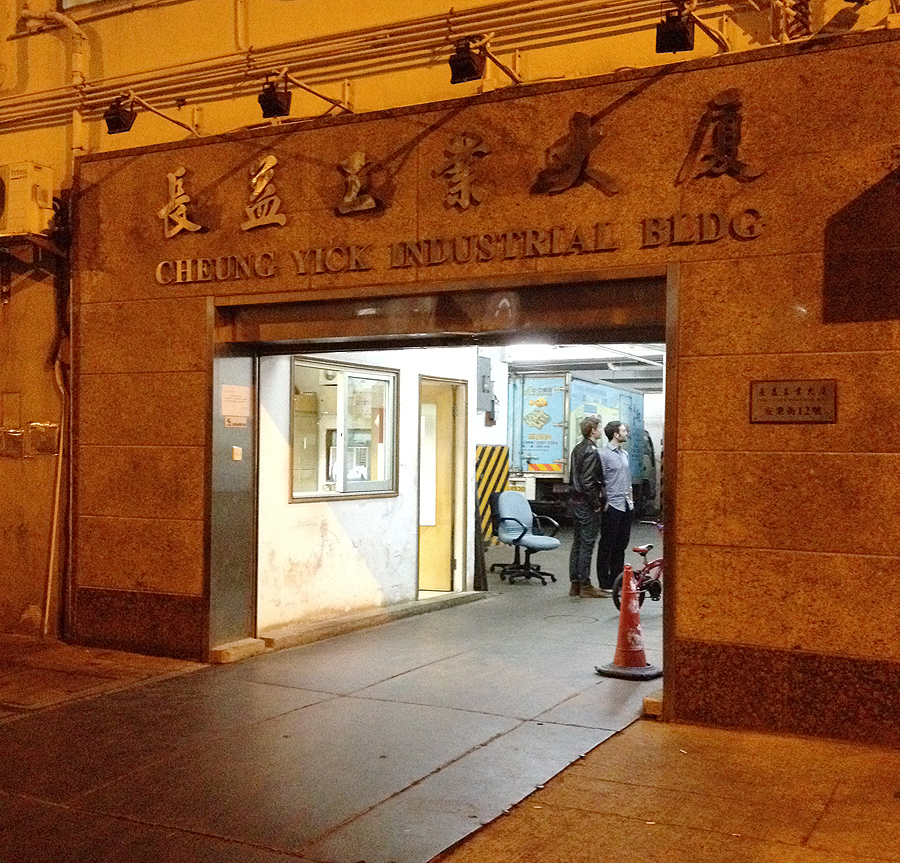 After finding the entrance to the building, which is slightly off to the side, visitors take a freight elevator up to the 12th floor and then climb up a short staircase. Reaching the landing, on your right there’s an entrance to an enormous rooftop, to your left is the way towards the shop.

Turning left, you enter a hallway covered in graffiti. For the opening, graffiti artist XEME created an installation that borrows from his previous show referencing Kowloon’s red light district. 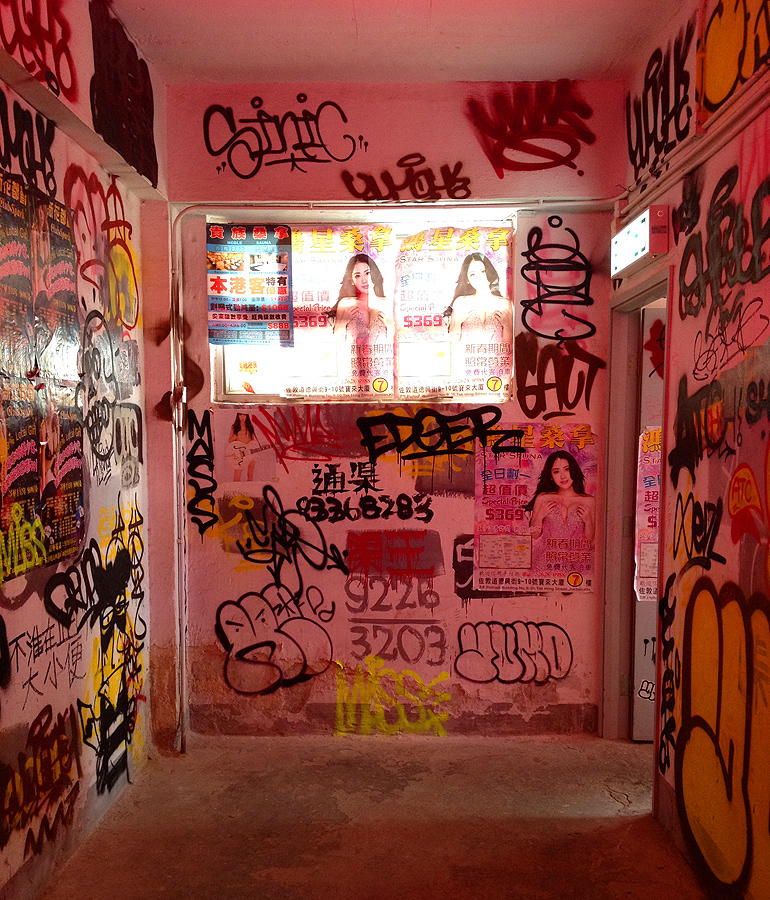 Under a florescent glow, visitors walk through a corridor covered in massage parlor posters and graffiti tags. A second short hallway mimics the look of Kowloon’s one-room brothels, with posters advertising services in local slang. 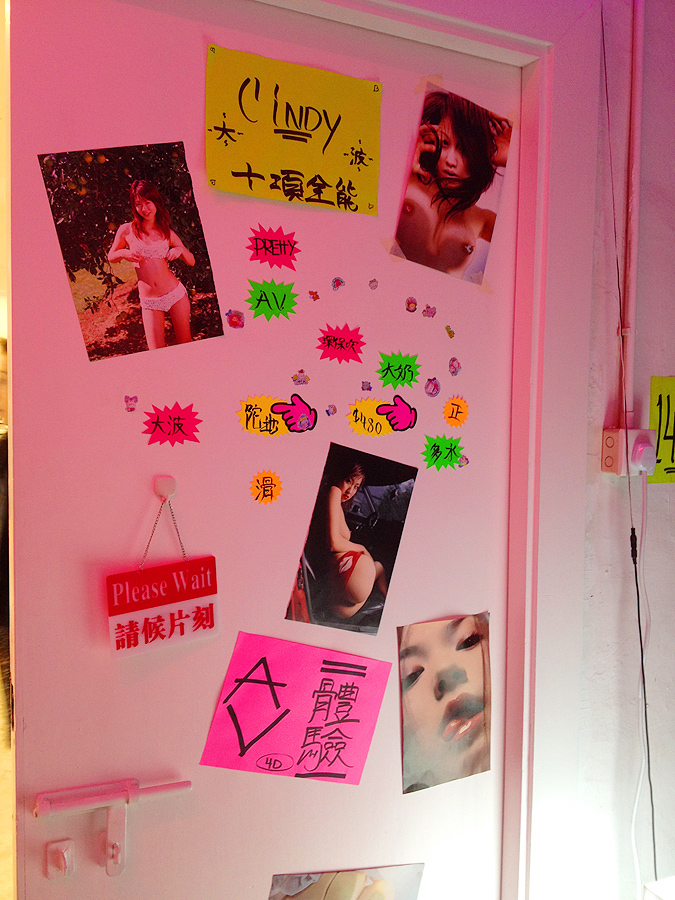 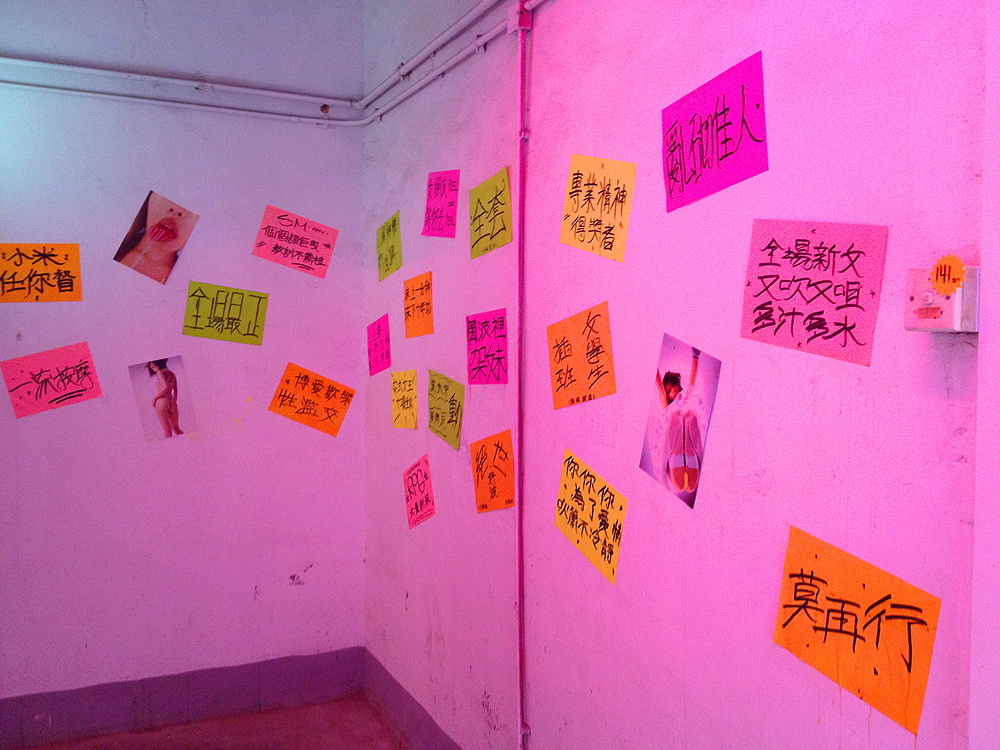 Passing through the doorway, a wide room opens up revealing a large contemporary space containing artwork, clothing, display cases, a photo studio, a dart machine, co-work tables and shelving units. The smartly arranged space is a major contrast to the entranceway, and looks like a veteran undertaking.

On opening night, guests socialized and browsed the selection of contemporary streetwear brands on the racks. Spread about in various locations were numerous accessories that included everything from voluptuous jars to candles.

Made In Paradise, a swimwear brand by the same founders, takes up one colorful corner of the room. 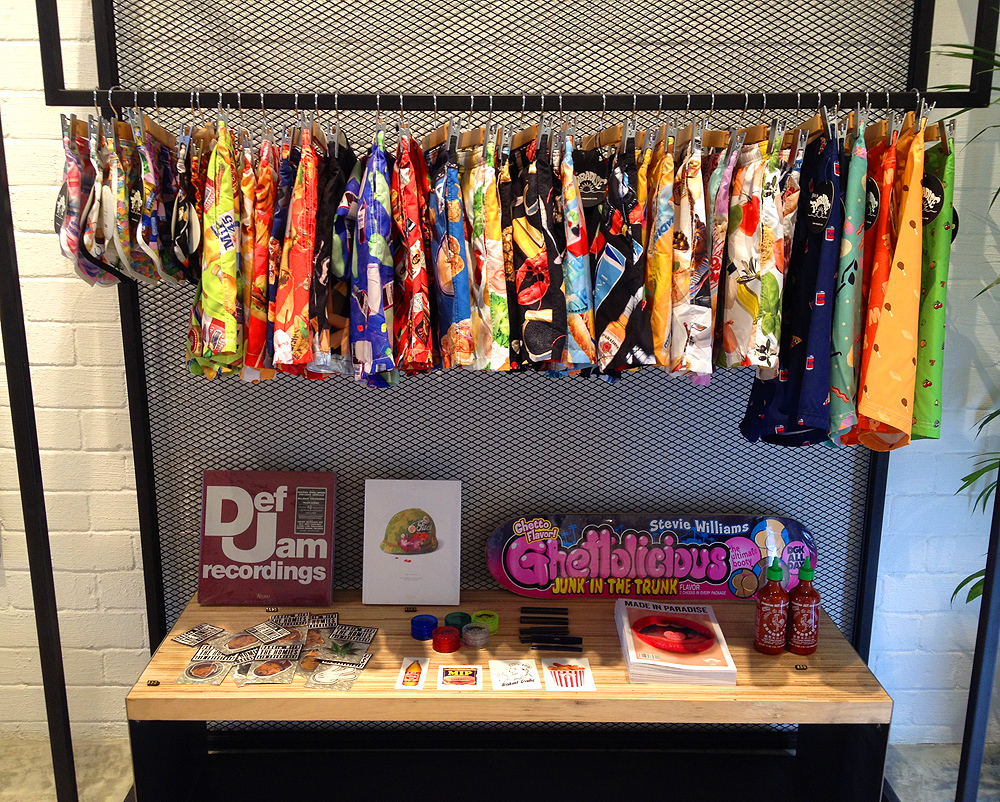 Artwork hung throughout the space and there were several sections devoted to a single artist. The main show included photos by Tracy Funches and art by Daniel David Freeman, Pricasso, Black Weirdos, and Mark Goss. 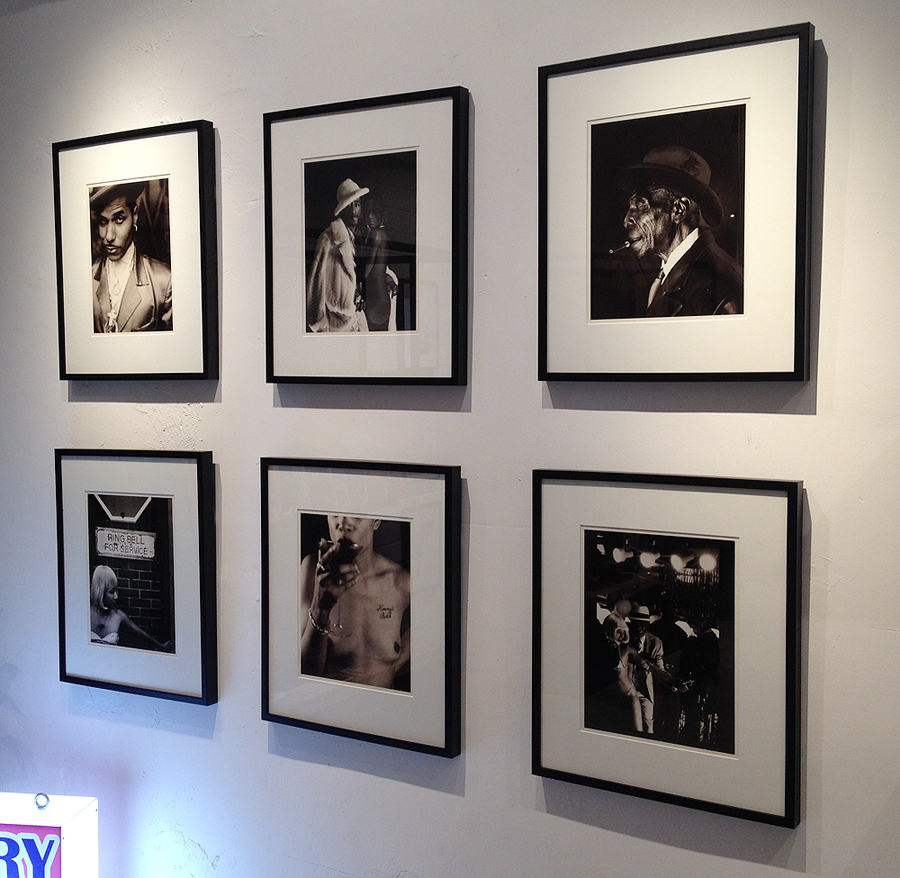 The signature Memory Lane coach jackets were ever-present on opening night. At one point, half the dance floor was filled with the black coats in mid motion. 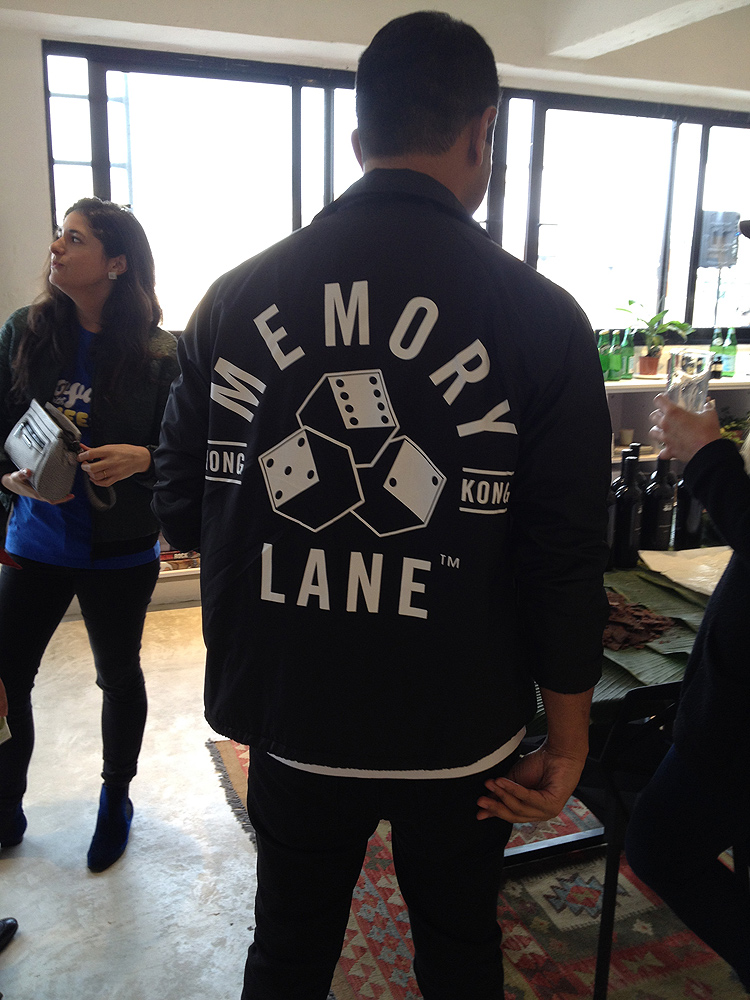 Guests spent hours at the party hanging out on the rooftop snacking on food from Sunday’s Grocery, or sipping on Peroni beer and Hendricks gin. The party started in the early afternoon and continued on until late.

The advantages of opening Memory Lane in Chai Wan are many. Aside from affordability, and the ability to secure a larger space, the location in an industrial area also means less likelihood of noise complaints. The possibility to hold events at the store is a major plus. Brands are constantly looking for venues, and having a retail outlet double as a party location is a great bonus.

The outdoor area of Memory Lane is impressive, perhaps larger than a full-sized basketball court. The space easily fit the crowd along with food and drink stalls, plus the sound system.

Music for the afternoon and night included sets by DJs Yao, K-Melo, and Subcoat.

Congrats to Vish, Mo, and the entire Memory Lane gang. We’re looking forward to visiting again in the near future!