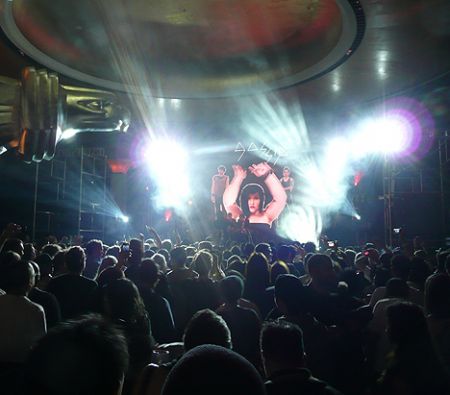 If you didn’t catch 2manydjs perform in Macau at the beginning of the year, you now have a chance to redeem yourself! The Belgian duo will be hitting Volar, this Saturday, October 9th, 2010. Made up of brothers Stephen and David Dewaele, the two play their own unique remixes of great dance songs, whipping the crowd into a frenzy by weaving Rock, Club, Indie, and 80’s music into exciting sets. But that’s just one part of their show!

There’s another element to their live show that takes things over the top. 2manydjs have not only remixed songs, but have also created custom animated visuals that work with the music and (often) drive the crowd insane. Attending their live show is a unique musical experience.

2manydjs are first and foremost music lovers and their sincere adoration and appreciation comes across in their creative sets. Listening to them play, you know that the Dewaele brothers were the kind of kids who saved up all of their money just to buy records.

Watching 2manydjs perform, their passion is contagious and it makes for an exciting and unforgettable show.

[photopress:2manydjs_hong_kong_macau_HK.jpg,full,pp_image] The scene in Macau earlier this year when 2manydjs performed