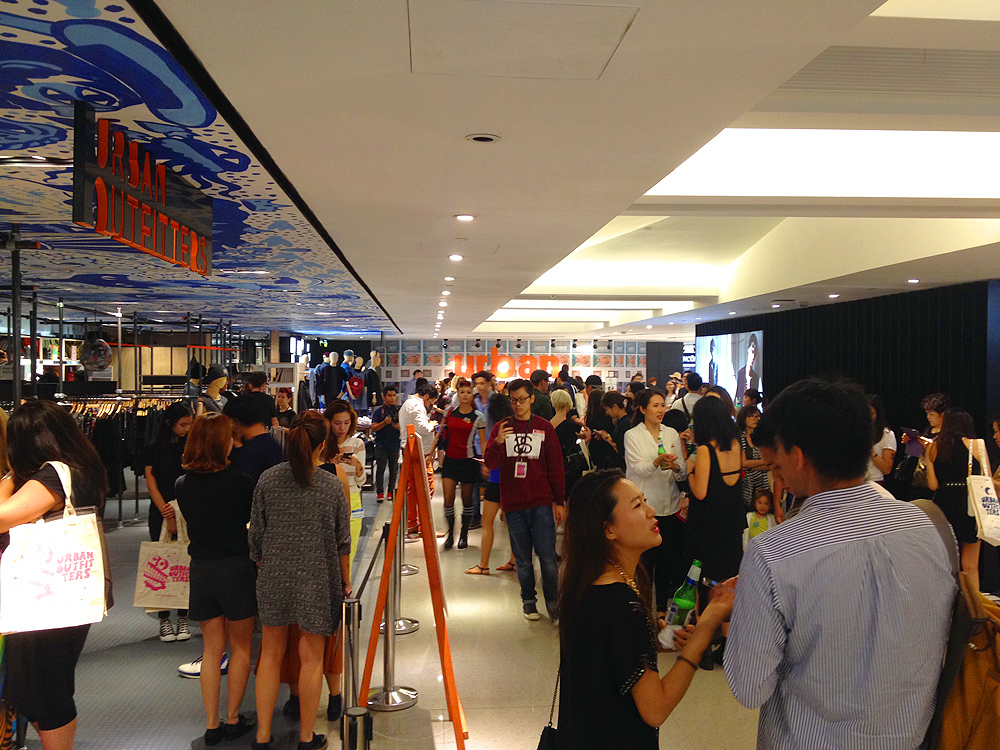 Urban Outfitters is the latest foreign retailer to set up a store in the Lab Concept space in Admiralty. With neighbors such as American Apparel and Topshop Topman, Urban Outfitters joins a cluster of other medium-priced brands focusing on young, international-minded shoppers.

Urban Outfitters was one of the first chain stores to devote itself to a particular lifestyle before that strategy became commonplace. Their main emphasis, which proved highly successful, was to concentrate on the teen to early twenties crowd, typically thriving in college towns where students would need to buy both contemporary fashions and furnish their own space for the first time.

In addition to clothing and off-beat home merchandise, they sell books and various other accessories affiliated with the lives of young adults. 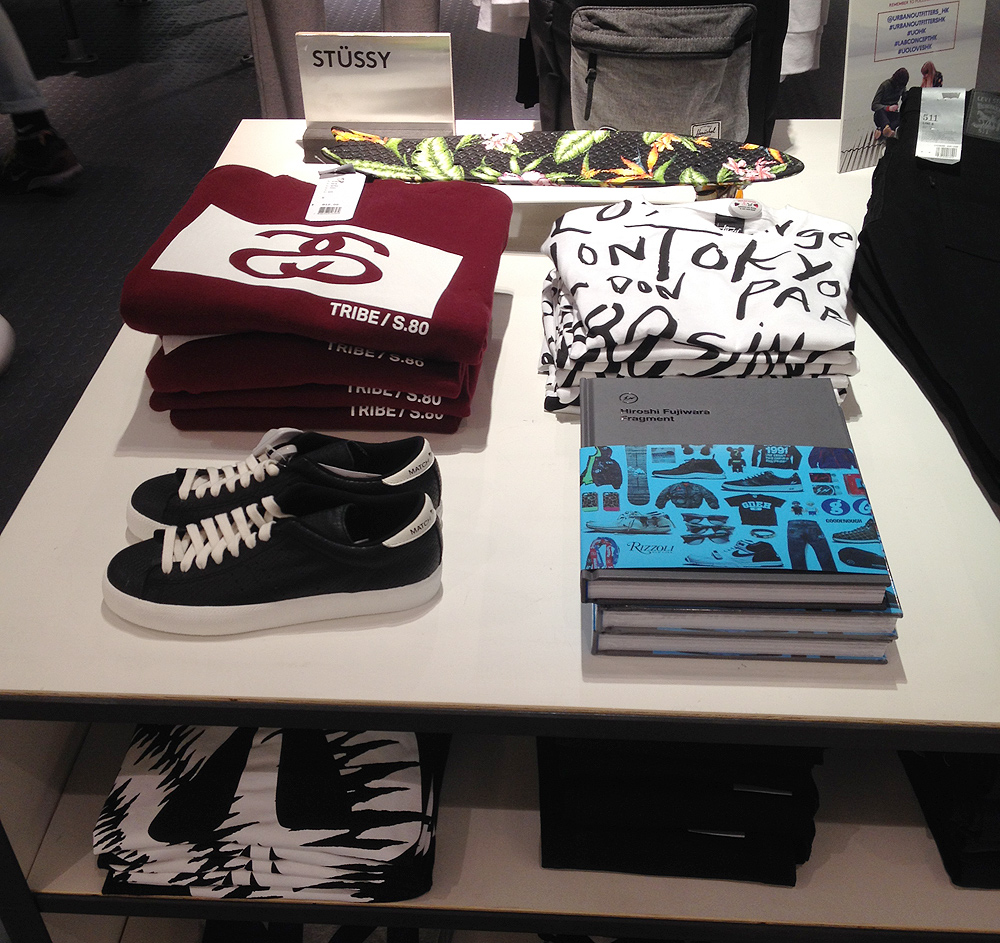 A few of these objects made it into the Urban Outfitter’s store in Lab Concept, including flasks with a little personality. 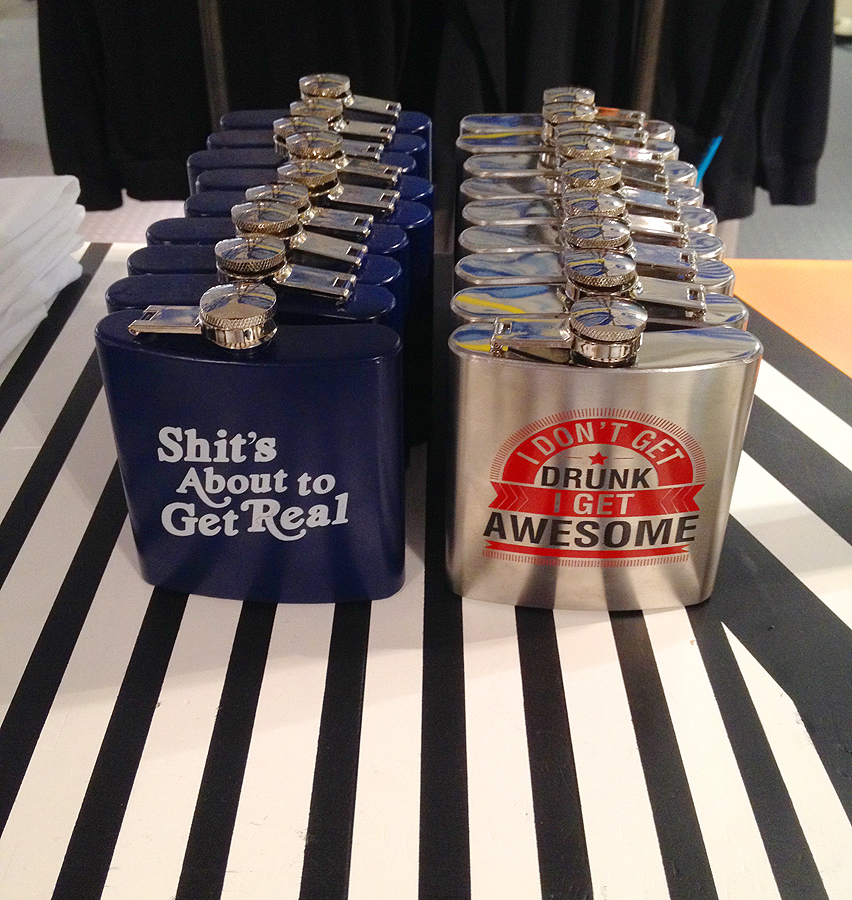 The Hong Kong store even has a small vinyl section, selling a few classics and new releases. 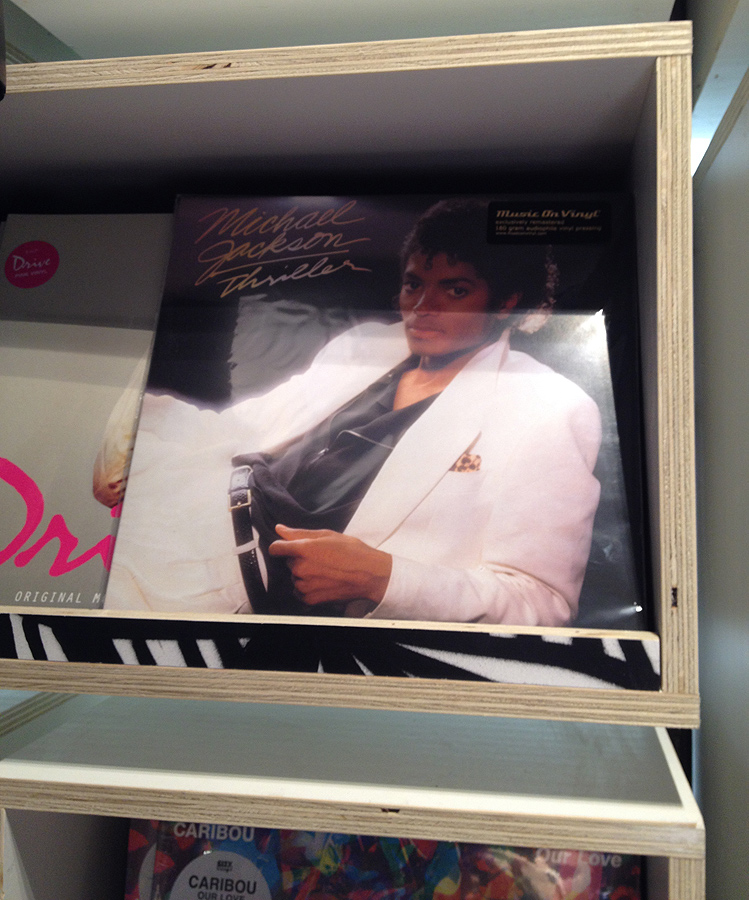 Hong Kong is somewhat of a different market for U.O. because of the large number of small boutiques and existing brands in H.K. that offer numerous choices for fashionable young consumers. Additionally, they also must compete with online merchants aimed at the youth market from not just H.K., but Korea, and China, that provide ultra-trendy items at inexpensive prices.

Further, for a large city, Hong Kong has a relatively small number of young adults furnishing apartments for the first time. Due to high rents and a small number of student dorms, that entire category in Hong Kong is tiny, compared to big college towns in the U.S., for example.

The Urban Outfitters store at Lab Concept takes up a long, but narrow area within the shopping center. The space isn’t ideal because it can’t completely immerse shoppers in an Urban Outfitters world, as the rest of the mall is just a few paces away. 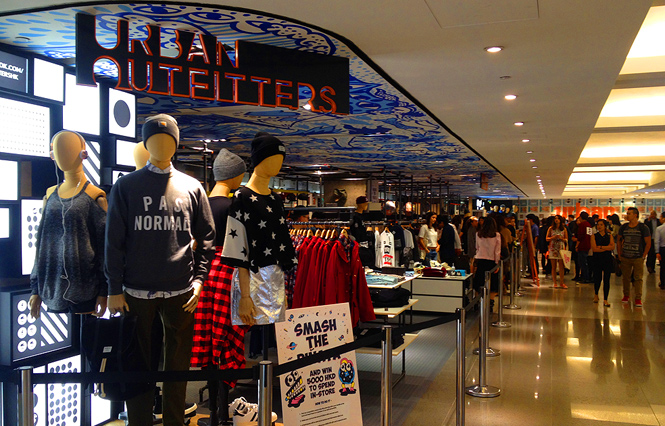 The shop designers tried to make it more of a standalone store and recruited an artist to paint the entire ceiling with colorful designs, which helps. 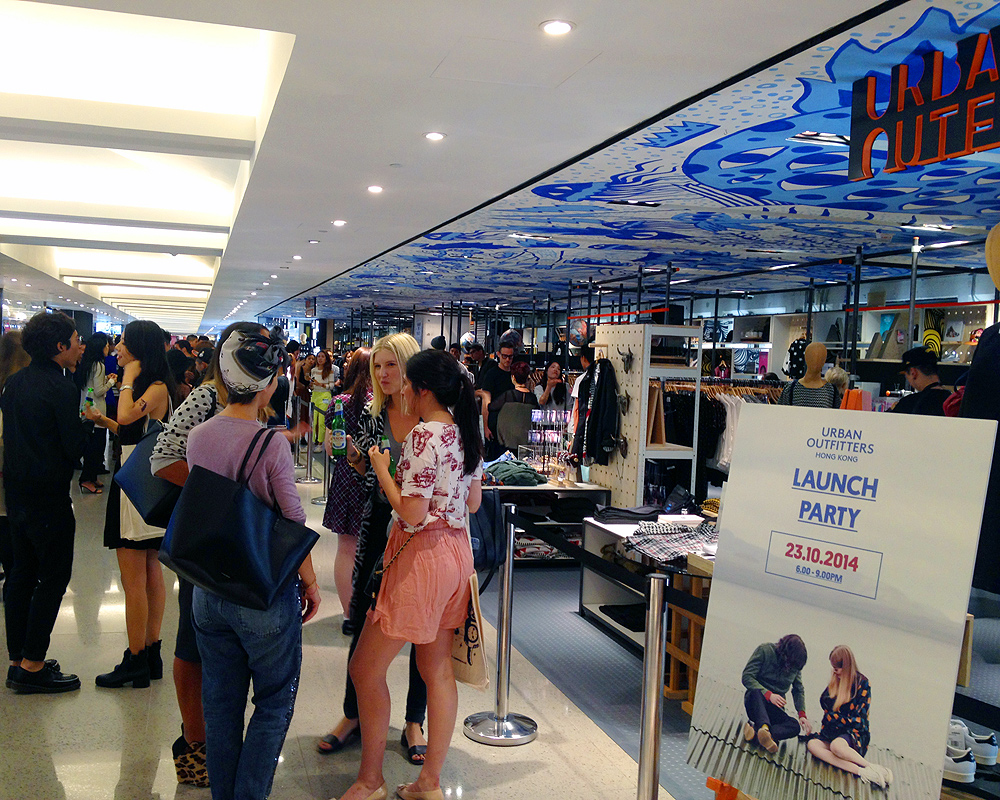 Lab Concept continues to evolve very quickly, with brands moving around seemingly every six months. The multi-brand shopping center is a good way for Urban Outfitters to test the waters before committing to a high-rent stand-alone location elsewhere in the city. The fact that its neighbors hit somewhat of a similar demographic is also a big plus, as it will be easy for shoppers to jump from store to store. 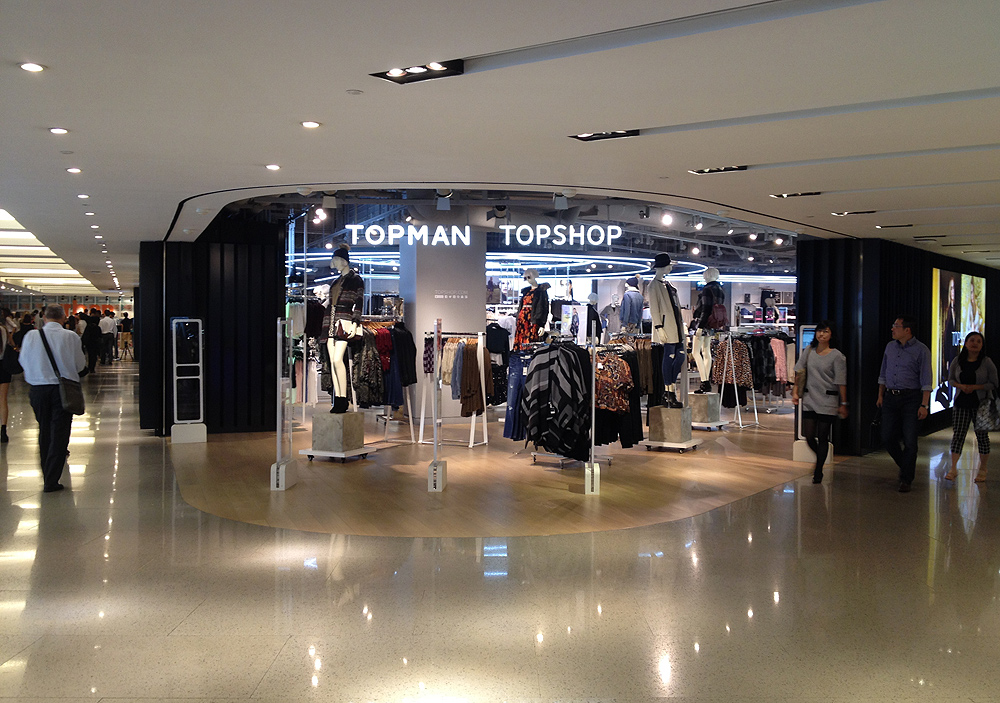 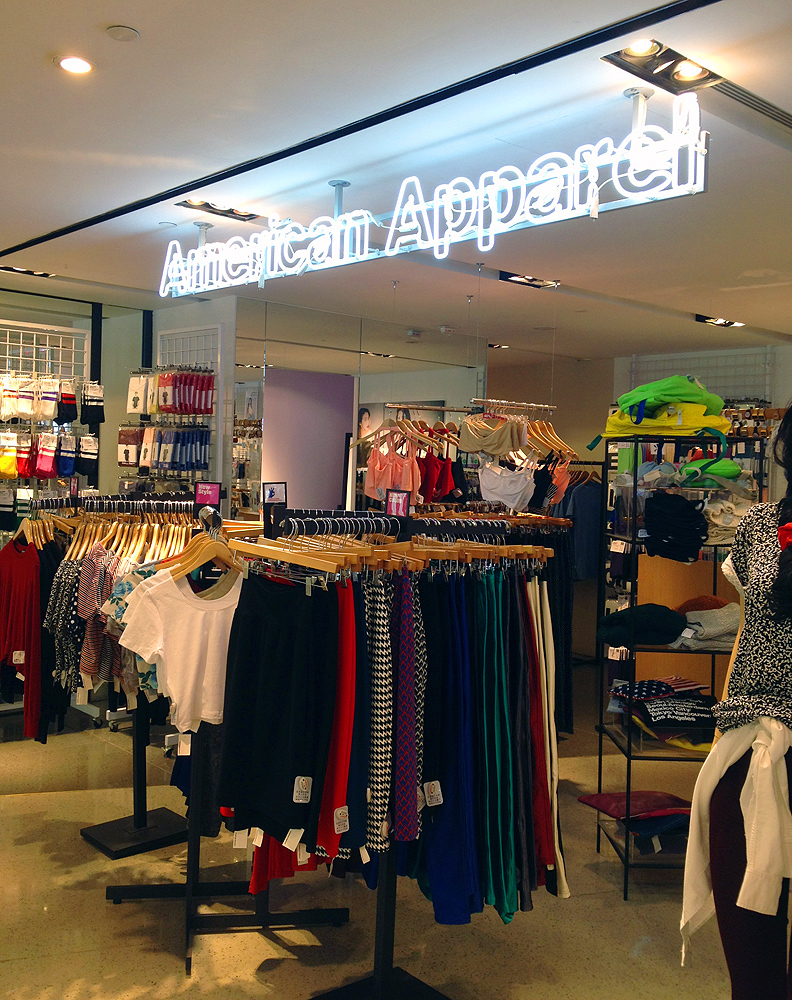 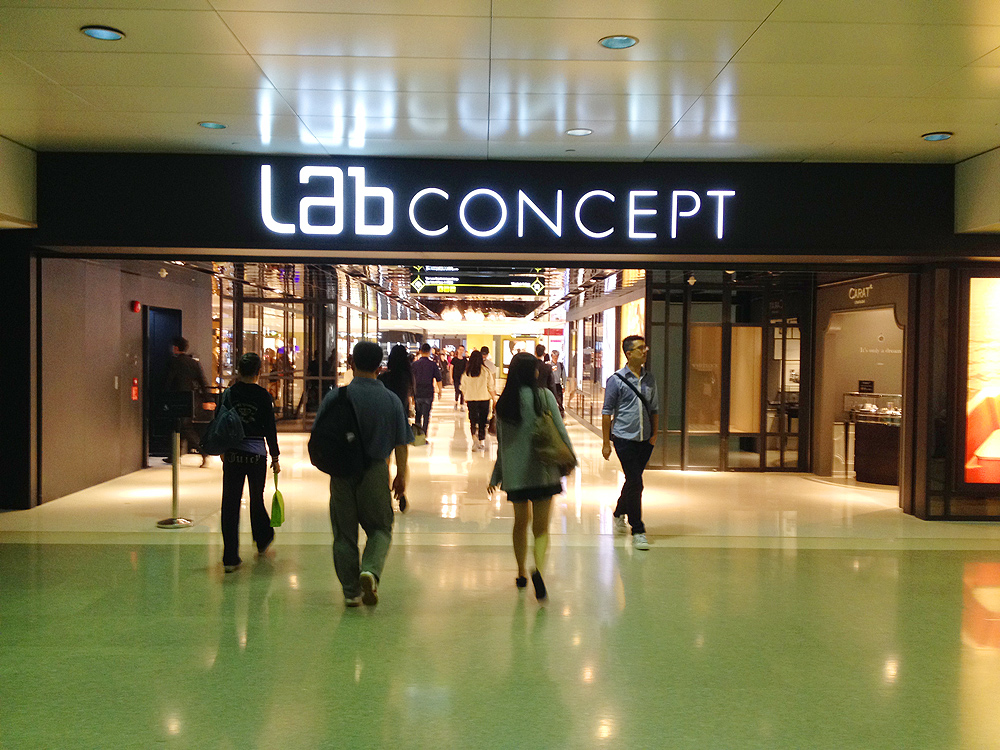