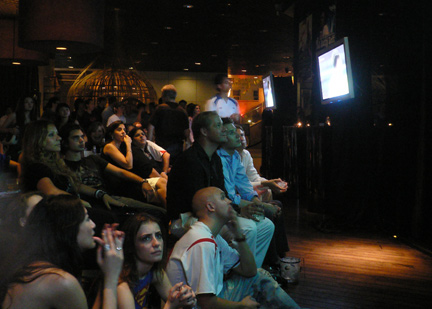 As a former British colony, in addition to inheriting a love of the Rolls Royce, Hong Kong inherited a love of “football” from the English. Over the last few weeks, productivity throughout the territory has slid as World Cup games are televised here live at ten at night and at three in the morning!

The World Cup action is not just confined to homes or pubs. Even two of the more sophisticated nightclubs, Dragon-i and Volar, have been transformed into multi-screened sports bars. Famous d.j.s have been sidelined by crowds glued to close matches.

Below, fans watch the England match intently at Dragon-i. Click for a larger image: 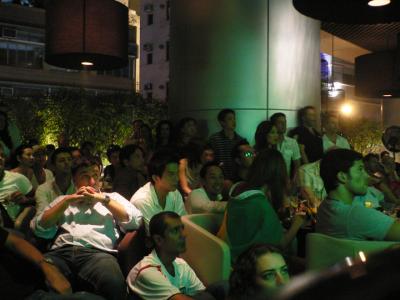 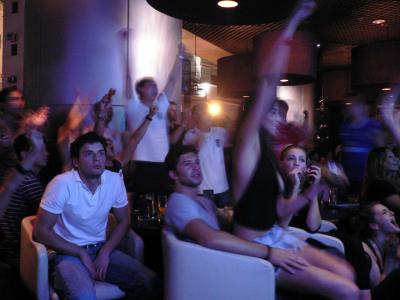 In some places, crowds spill out onto the street to watch the games. 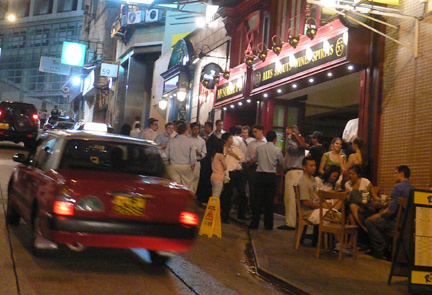 Often different nationalities congregate together to support their home teams. 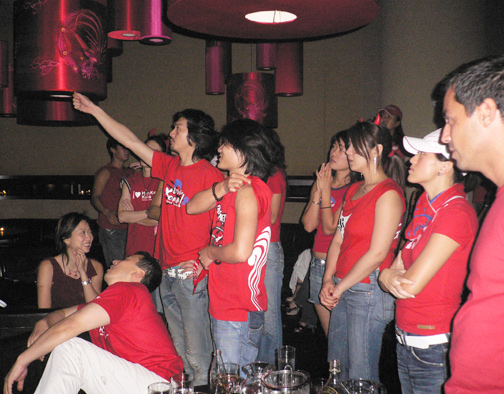 Even local supermarkets have developed promotional campaigns based on the series. 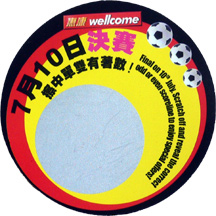 Perhaps one ingredient that adds to the excitement for some is the fact that gambling on football matches is now legal through the Hong Kong Jockey Club. Although this is relatively new (launched during the 2003-2004 season), it already accounts for significant revenues and is projected to earn almost half the amount that the Hong Kong Jockey Club makes through horse race betting.