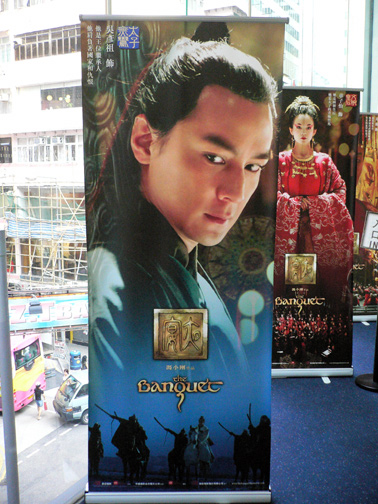 Last year during ROCKIT music festival I bumped into actor Daniel Wu and he was sporting some really long hair. He told me that he’d been busy filming a movie with Zhou Xun and Zhang Ziyi in China and that he had been learning new martial arts techniques for the role.

The director of the film turns out to be Feng Xiaogang, the same guy who did A World Without Thieves, which I enjoyed very much. I’m excited to check out the new film, which should be opening in Hong Kong this week.