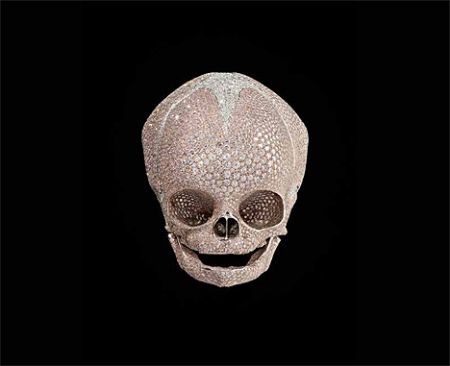 When it comes to stimulating an interest in art, there’s no doubt that Hong Kong has made strides over the past decade. As evidence, one can simply point to the success of the art walk, the annual art fair, local malls’ obsession with art installations, or the notable art auctions taking place in the city.

Whether the new-found interest in art is derived more from a financial motive (say, art as an investment vehicle,) rather than an actual rise in connoisseurship, is irrelevant. The end result is that Hong Kong has been left with greater exposure to art and multiple venues to view work both in the public and private sector.

Yet perhaps nothing that has happened previously is as significant as next week’s opening of the Gagosian gallery in Hong Kong.

Though the city already has its own gallery ecosystem, it has lacked first-hand, timely access to shows that define contemporary art. While there have been exhibitions that have brought the city a taste, there hasn’t been a permanent venue that is plugged into the international high-art circuit – until now.

The Gagosian gallery is on an entirely different level than other galleries in the city. Founded in New York in 1985, the gallery now has branches in London, Rome, Paris, Geneva, Athens, Los Angeles, and as of next week, Hong Kong.

Larry Gagosian, the gallery’s namesake, is renowned for his exceptional exhibitions, his prowess as a dealmaker, and for assembling the most significant stable of living artists in the art world.

The fact that Hong Kong will now have access to shows from this caliber of artist (perhaps revolving between the Gagosian chain of galleries,) is a major milestone, and may be a catalyst for greater things to come.

(Remember, Hong Kong was once a backwater for top international d.j.s, but within eight years, and due in part to the opening of nightlife venues such as Dragon-i and Volar, the city has transformed into a popular spot on the international circuit. A few places with good taste can make a big difference.)

The Gagosian gallery is opening with Forgotten Promises, a solo show by noted contemporary artist Damien Hirst. Hirst is known for works with major spectacle value including sharks preserved in formaldehyde and diamond encrusted skulls. One of the headlining pieces is a baby’s skull formed by platinum and over 8,000 diamonds. (photo at top.)

The Gagosian gallery is located on the seventh floor of the Pedder Building in Central. The entrance is on Pedder Street, directly across from The Landmark shopping center. (Shanghai Tang occupies the ground floor and basement of the Pedder building.)

Check back for Hong Kong Hustle’s review of the show!