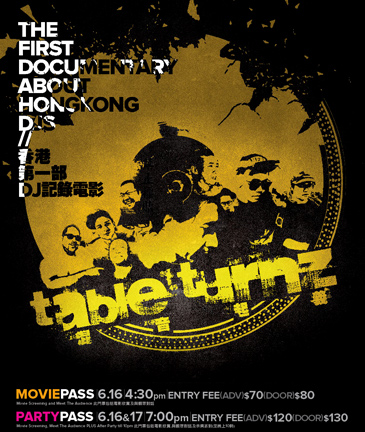 A new documentary film explores what it’s like to be a DJ in Hong Kong’s club scene. Directors Bon Pang and Kwok Leung interviewed over a dozen DJs to get a picture of their relationship with music and what drives them to spin.

Sound interesting? Check out the trailer for the film!

Attendees can purchase a ticket to the film, or a package ‘Party Pass’ that includes the film and entrance to the post-screening party on Saturday. The party features Hong Kong DJs K-Melo and Frankie Lam, among others.

Advance tickets (slightly cheaper,) can be purchased at 852 Skateshop in Causeway Bay, or HKIT Skateshop in Tsim Sha Tsui.