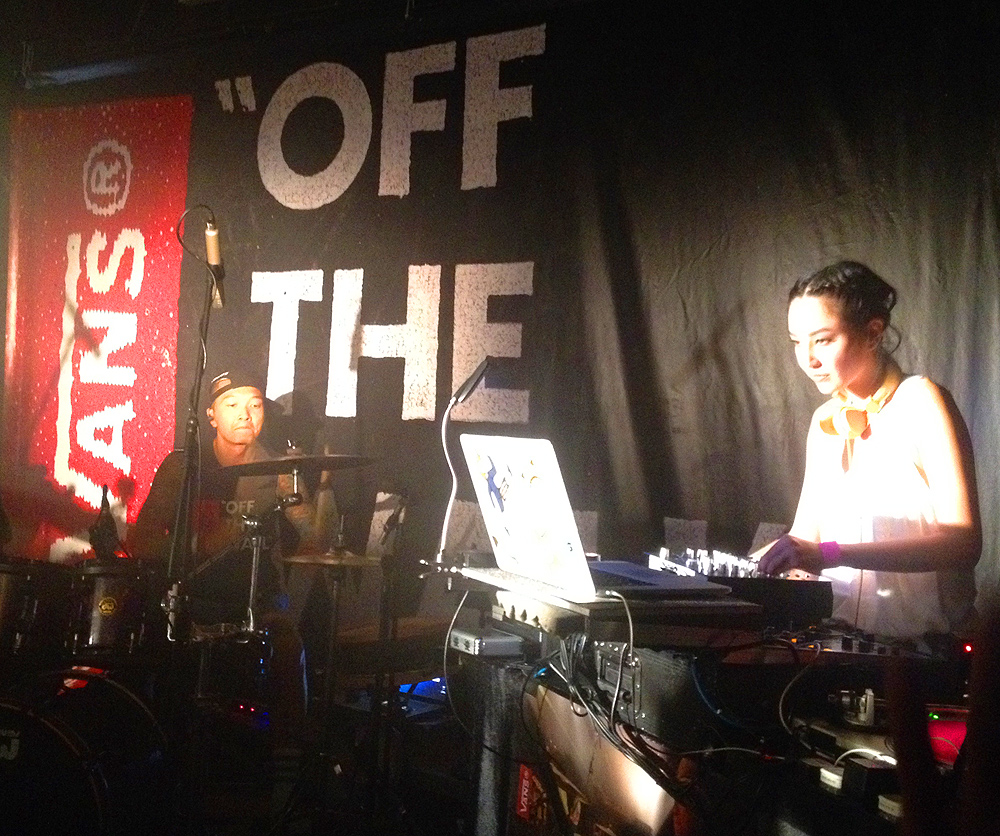 The duo headlined a special VANS “Living Off The Wall” party, featuring Kevin’s live drumming over a DJ set by Yumiko.

Adding live instruments on top of pre-recorded music is not easy to pull off. If you’re not careful, the resulting music can sound muddy, with too much going on at once.

Fortunately, the results were good, and the live element made it a much more rocking party! It also gave partygoers more to focus on than just a DJ selecting songs on a computer.

Yumiko is known as a singer, and this was one of her first public DJ gigs. For a beginner, she did a good job, selecting upbeat tracks that kept the crowd engaged and dancing. 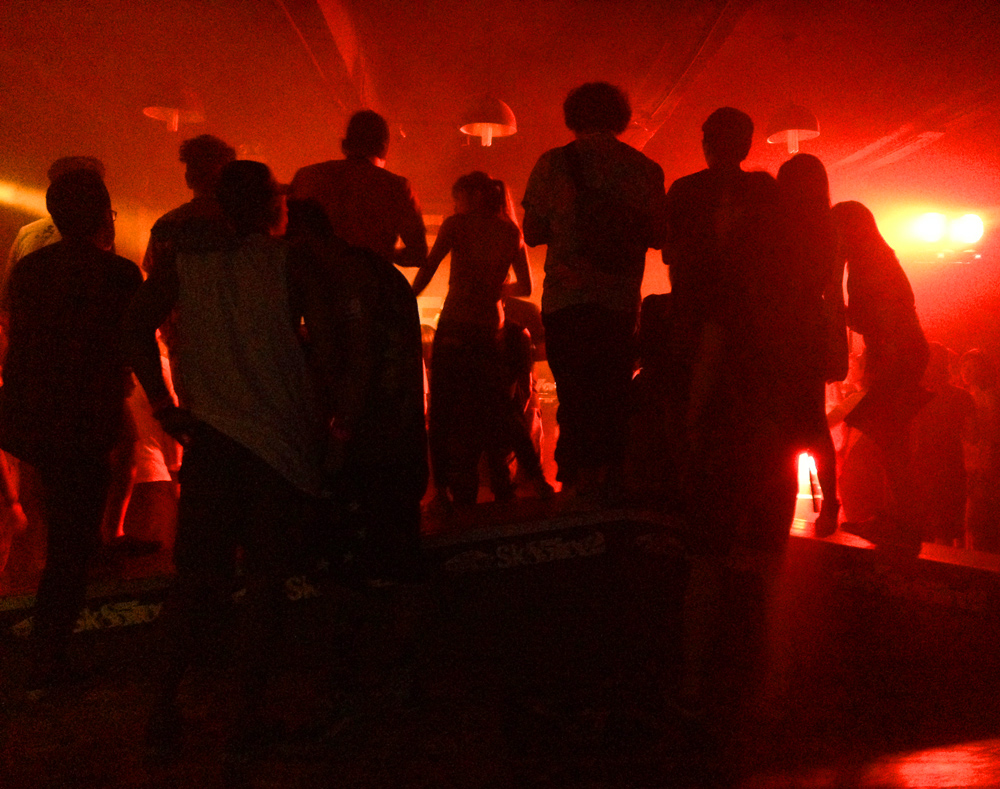 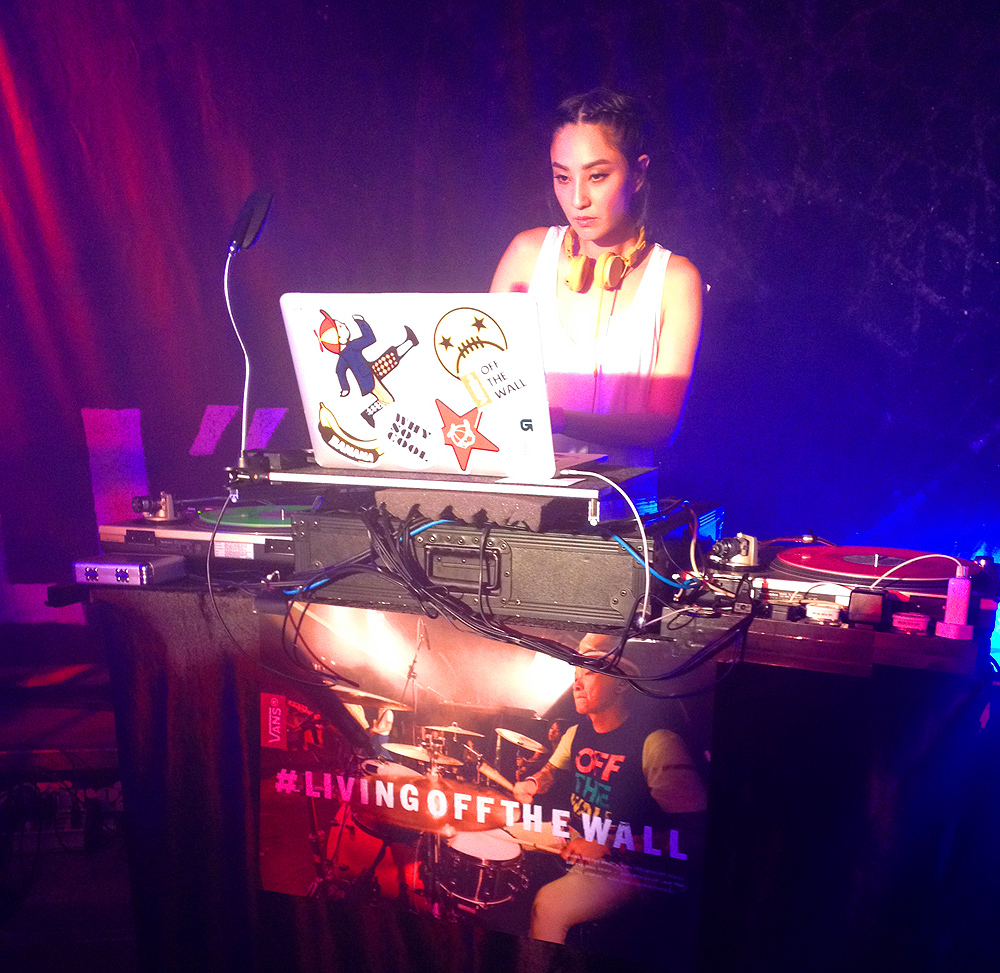 During the performance, Kevin was constantly looking over for clues as to what would happen next. This is essential when you have improvisation.

Hong Kong occasionally has live drummers in clubs, but it’s usually just hand percussion, such as the tabla or bongos, rather than a full drum set.

Kevin had a few solos during the night, which got the crowd moving. 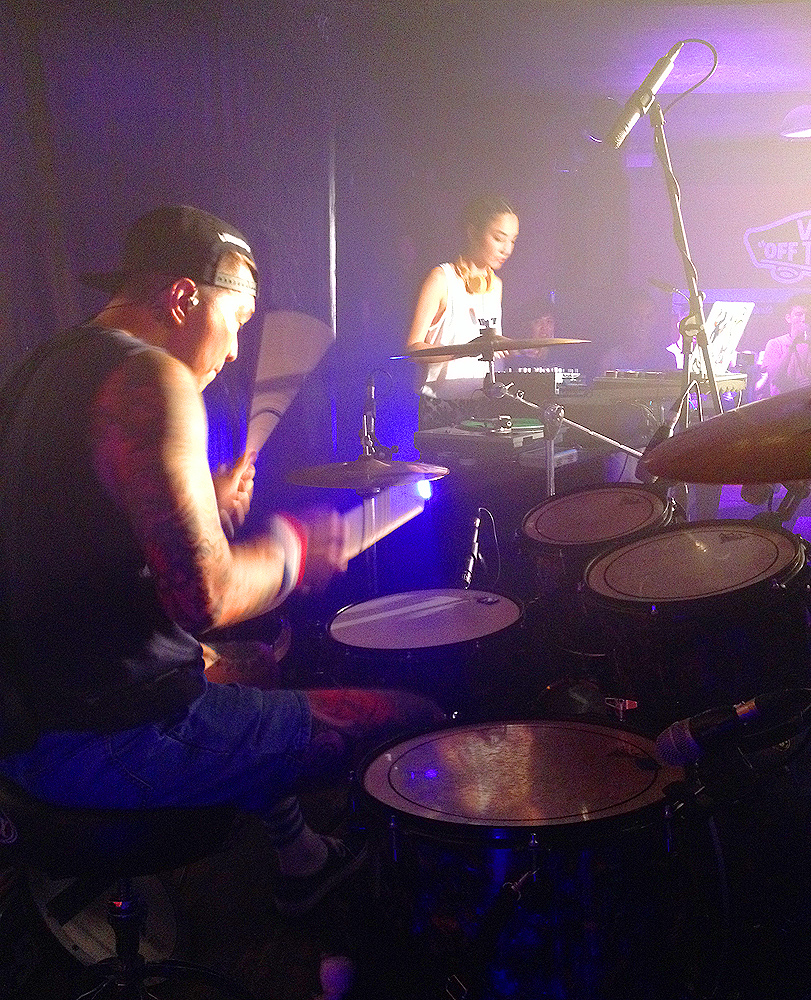 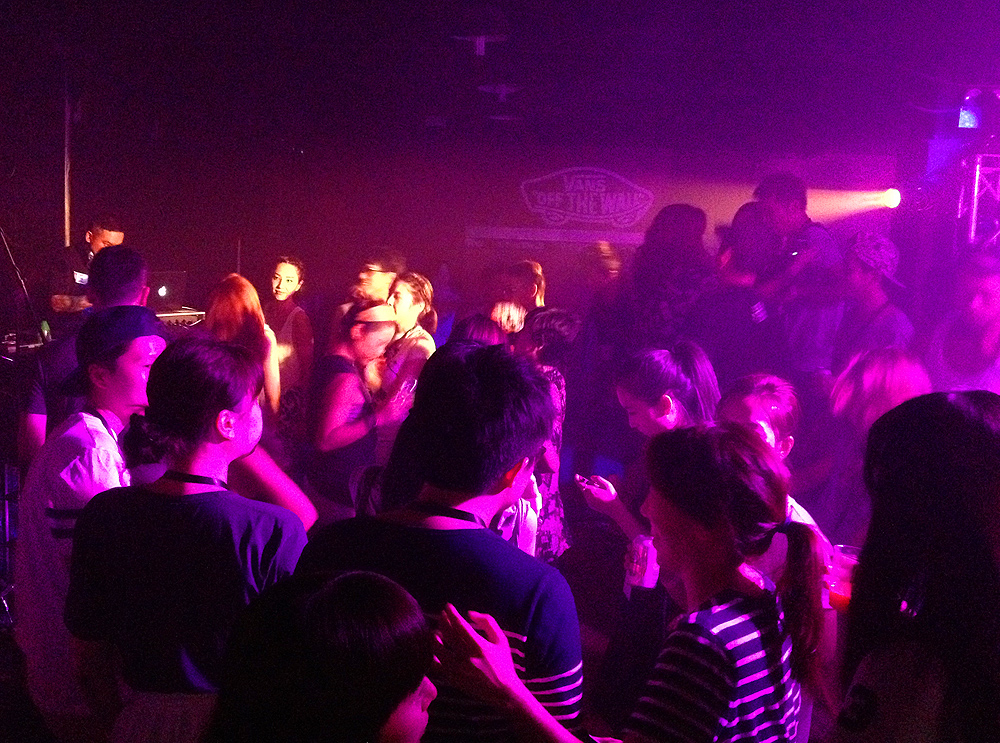 Drumming in particular is exciting and helps get people dancing more than other instruments. Improvisation is a key feature which helps differentiate the live experience from a pre-recorded set. Drum solos give the performer a chance to shine and build momentum in the room.

Other elements such as live singing over a DJ set would be worth experimenting with in the future.

“Freestyle singing,” as it’s called, is something you rarely ever experience in H.K., aside from special occasions at Dragon-i when world-class performers such as Louie Vega are in town.

Likewise, you seldom get live bands performing together with DJs in the city. (This is partially because there are very few venues that support live bands in general!)

In the 1990’s, during the Acid Jazz era, there was a trend to incorporate a DJ into bands. (The weirdest one we’ve ever seen was a band with a DJ playing a reel-to-reel tape!) If done correctly, a band and DJ combination can bring the best of both worlds, enhancing the overall music experience.

SK8FIVE2 is located in an industrial building in Kwun Tong and has been the site of several medium-sized events. The space contains a large open room with ramps and banks along the walls. Other obstacles provide natural bleachers and a stage.

Have a look at our post about the skatepark’s opening for additional photos of the space.