The CLOT crew opened their brand new Juice Tsim Sha Tsui store with a spectacular lion dance on Thursday afternoon. Just around the corner from K-11 shopping mall, the two-floor shop is a sophisticated new addition to the neighborhood.

The low traffic street was perfect for the launch which began with an elaborate lion dance that was far above the local standard. The lion hopped about on a series of raised poles in a number of dramatic moves that were accentuated by the costume. In addition to moving from pole to pole, the lion would constantly stretch out, doubling in size as if standing on its hind legs. 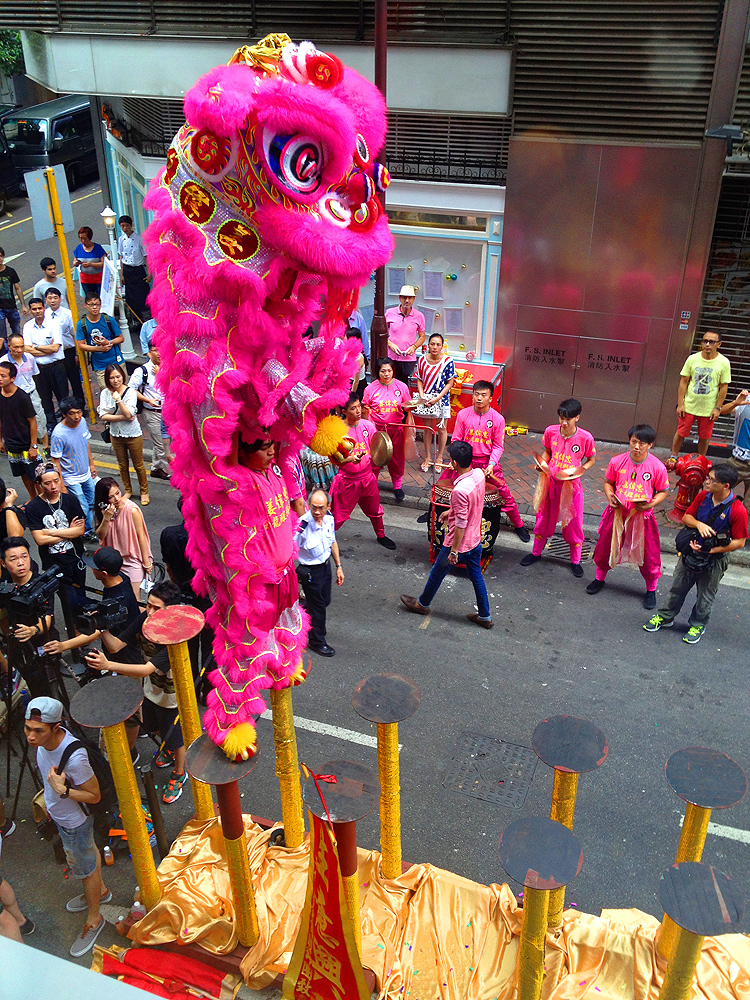 Though this is common, the timing, length of stands and combination of jumps were much more elaborate than usual. Check out the action in the video below!

Founders Edison Chen and Kevin Poon were on hand to mark the ceremony along with an assortment of streetwear designers, top execs at major brands, and local celebrities. 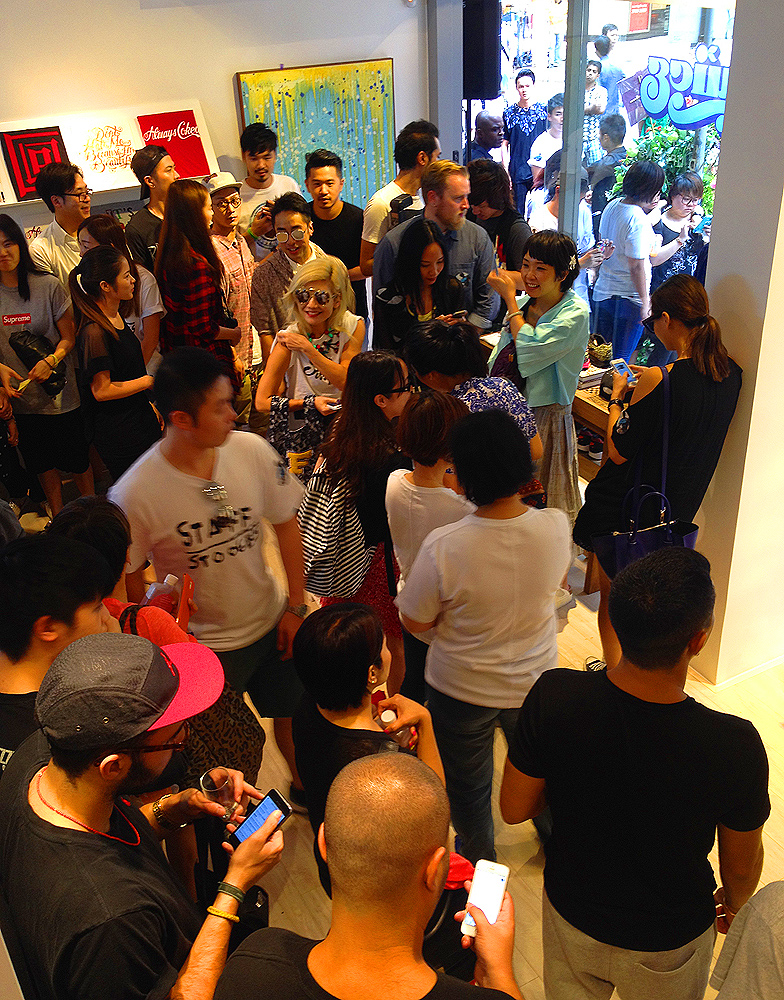 The founders socialized with guests who snacked on liquid nitrogen ice-cream as well as traditional Chinese desserts.

Now approaching their tenth anniversary, the CLOT crew have stacked up years of experience holding events and opening stores. The new Juice shop has a sophisticated feel on par with its Causeway Bay location, offering a large range of merchandise for both guys and girls. 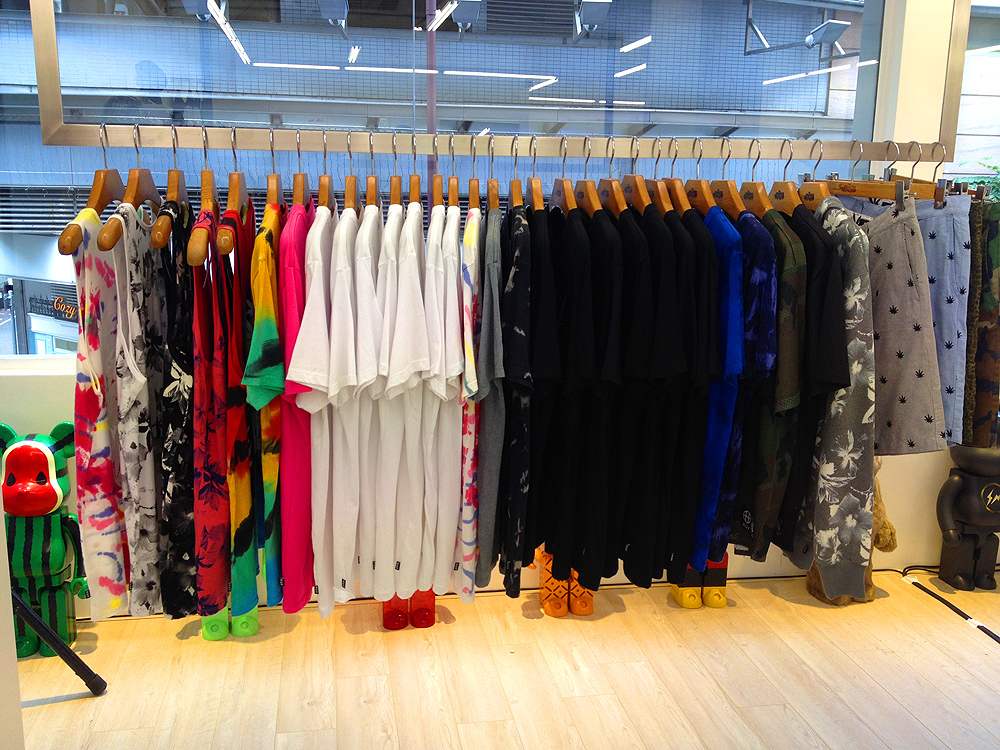 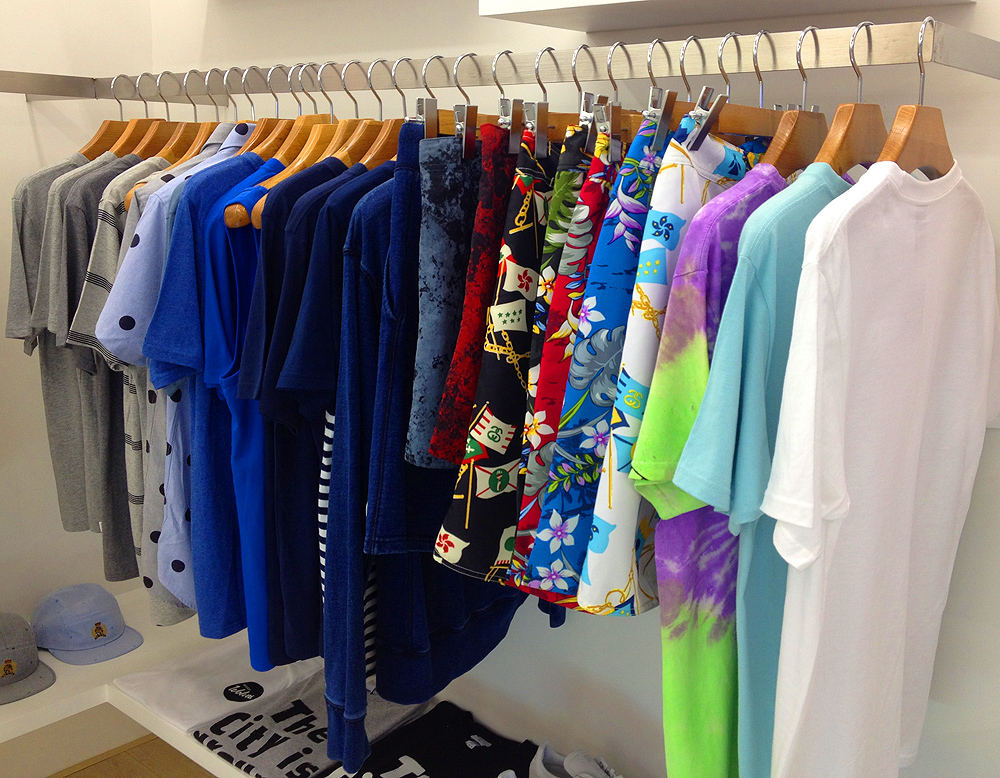 The two-story space is loaded with unique goods and hard to find sneakers, among other items. 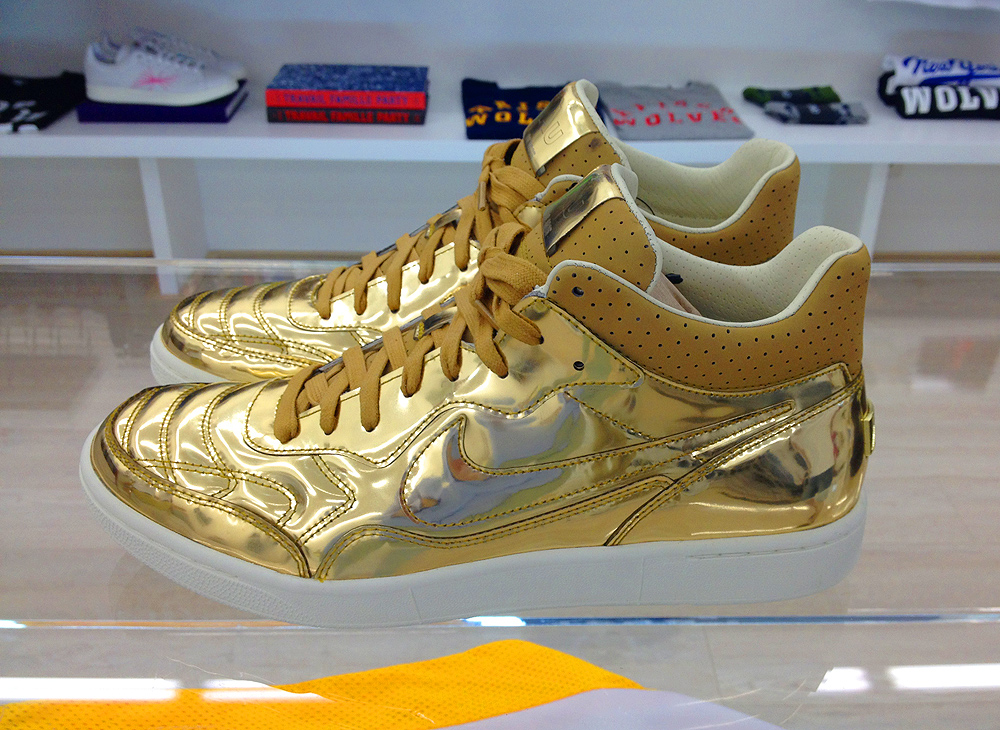 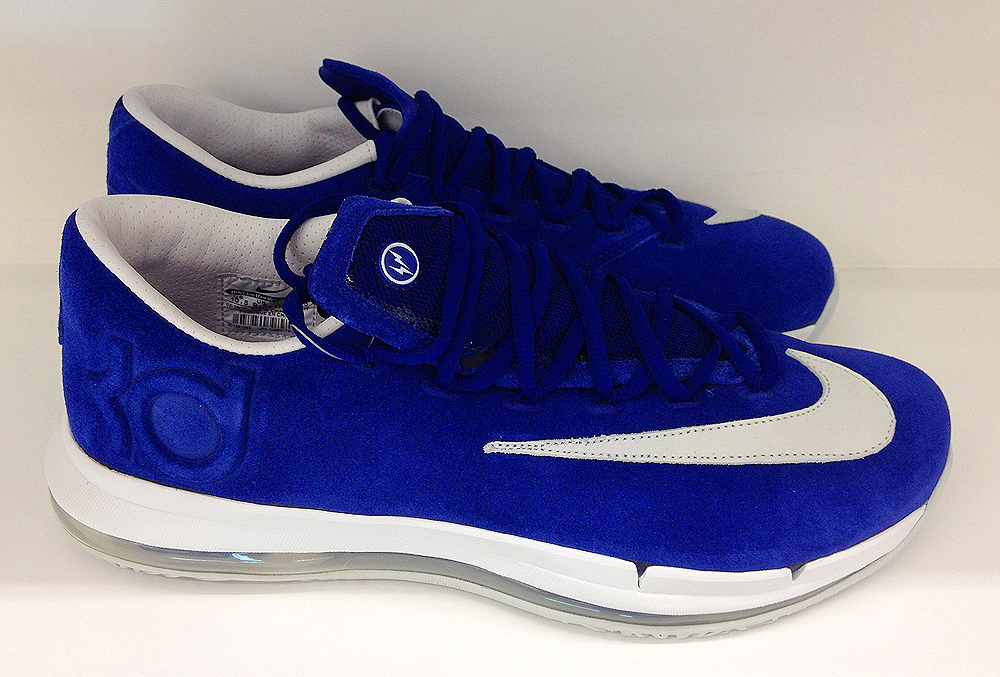 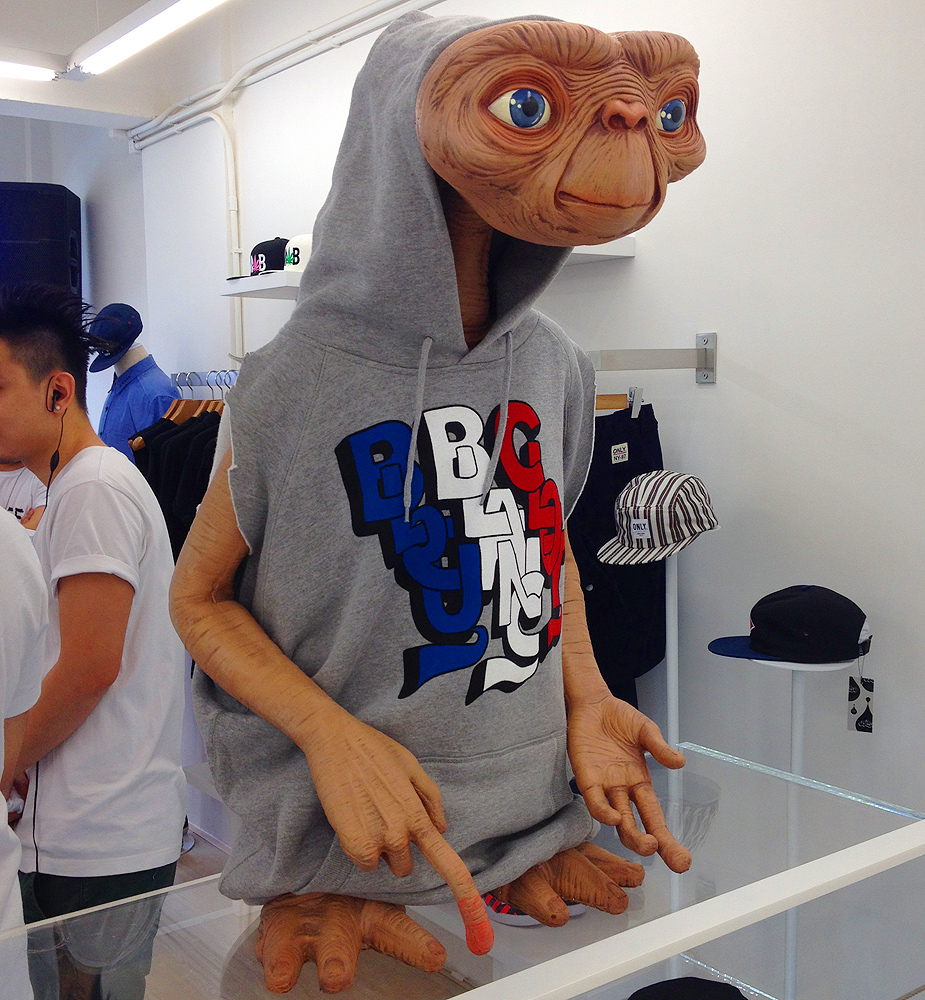 The design of the shop includes interesting displays such as the E.T. figure and a long line of large-scale [email protected] against the second floor window. 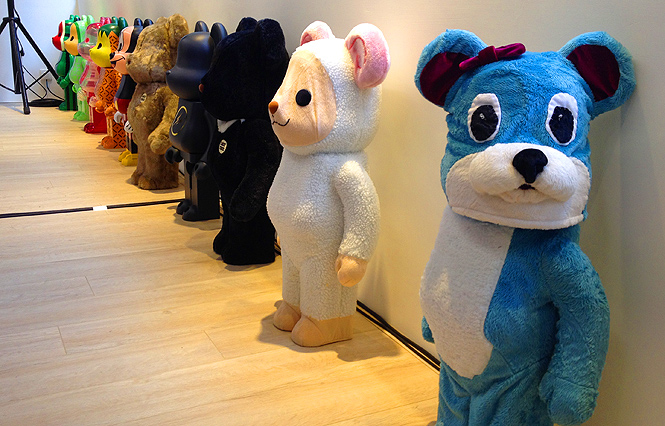 Expect the store to draw street wear aficionados, sneaker-heads and people in search of CLOT’s many collaborations.

The Tsim Sha Tsui neighborhood has a long history of hosting streetwear shops. One of the most influential was named BFD, which was a hotbed of the city’s early skateboard and Hip Hop scenes. Founded by Tabo Kagaya and Warren Stuart in 1991, it was a skateshop and a cultural oasis that gave birth to a wave of skaters, DJs, musicians and actors who continue to influence Hong Kong to this day. Among the people who hung out there were DJ Tommy, Jan Lamb, Eric Kot, Sam Lee, Brian Siswojo, and Daryl Griggs. There’s an interesting documentary (in Cantonese) about BFD on vimeo. 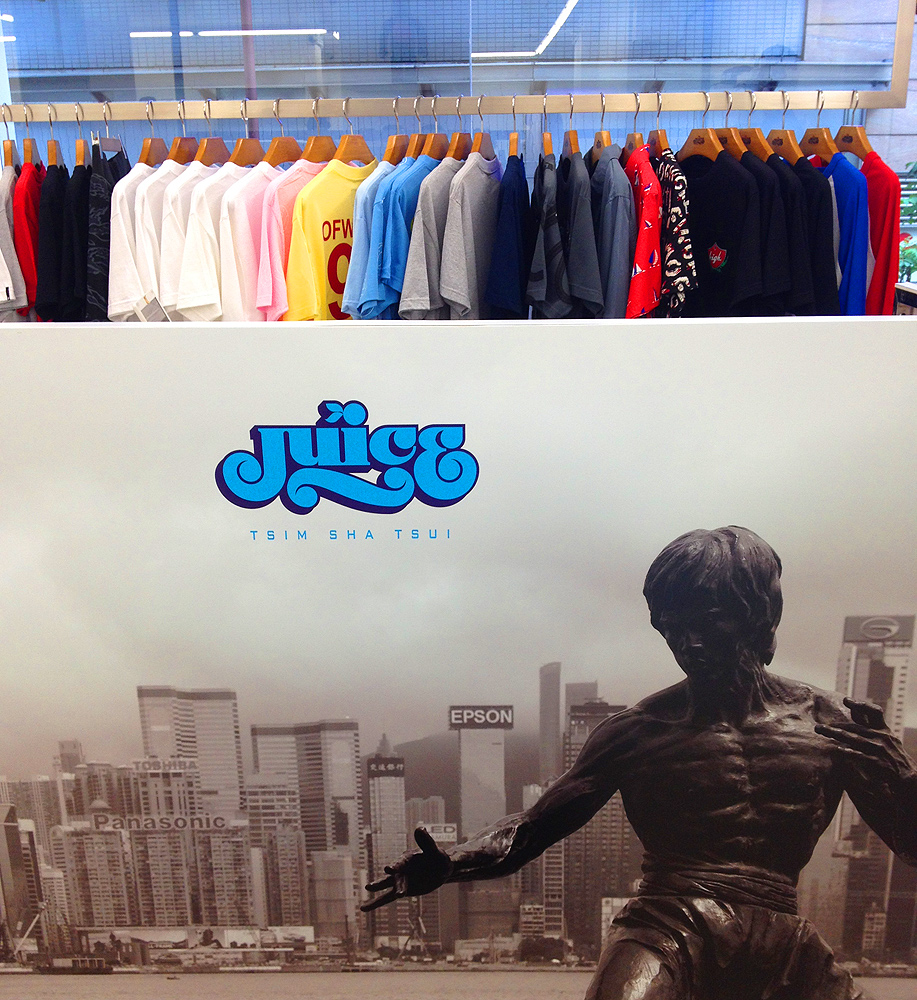