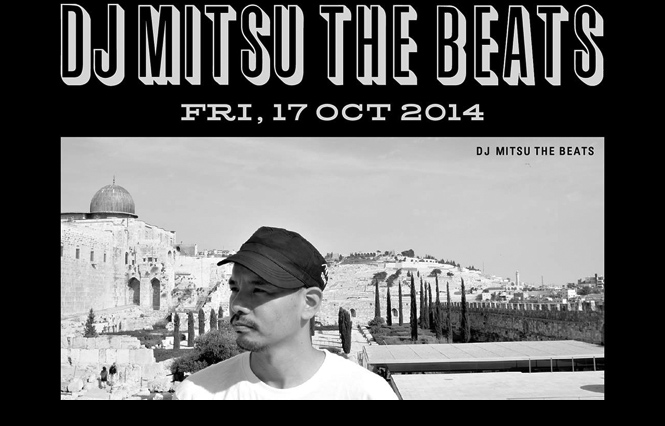 Hong Kong is in for a double dose of jazzy Hip Hop this weekend with DJ Mitsu The Beats from Japan playing Friday, and LEFTO from Belgium hitting the turntables on Saturday night.

Both DJs have accomplished track records as producers and remixers. Mitsu was first known as a turntablist, and later as the creator of his own series of CDs that gained attention outside of Japan. LEFTO worked at a legendary record store in Brussels and is the host of a popular radio show in Belgium, in addition to being an in-demand DJ.

DJ Mitsu plays at OMA on Friday night. (He’s actually playing a set at Salon Number 10 on Thursday as well.) He will be joined on Friday by Masaya Fantasista, Mikey Varot, and Hong Kong’s K-Melo, all of the Jazzy Sport label.

The event is free before midnight, and $200 HKD with two drinks afterwords.

Here’s a recent Boiler Room set for a taste of his vibe!

Lefto will be playing at FLY, along with Singapore collective Matteblacc featuring our old friend DJ JNR on Saturday.

Have a listen to a set by Lefto in London this year:

Both Lefto and DJ Mitsu play a wide variety of genres, so depending on the crowd’s reaction you might find them playing additional sounds.

Friday, October 17th, 2014
OMA
Basement 79 Wyndham Street (entrance off the old stone steps on Pottinger Street in the back of the building.)
Central, Hong Kong

Free until Midnight / 200HKD including two drinks after 12am

DJ Mitsu The Beats from Japan playing Friday, and LEFTO from Belgium hitting the turntables on Saturday night." />