Clockenflap 2016 is taking place in a new location along Central’s waterfront, and the lineup is packed with artists that make the annual festival the highlight of the year for Hong Kong music fans. Read on for a few of our top picks.

Beginning on Friday, November 25th, and continuing through the 27th, the festival includes five music stages, two theaters, two entertainment spaces, as well as grass areas to hang out on.

Of the many excellent bands, DJs, and performers, we’ve put together a short list of our favorites. But as a general note, Clockenflap isn’t just about music, or big stars, it’s also about wandering around, discovering new talents and experiencing things you’ve never seen or heard of before. The festival offers multiple attractions including films, food, crafts, and other types of entertainment.

With a lack of live music venues in Hong Kong, Clockenflap has historically provided a crucial place to hear foreign artists and get exposed to new bands. In addition to the famous names, the organizers have spent the year searching for up-and-coming groups with diverse backgrounds to showcase to Hong Kong audiences.

If you’re a first time Clockenflapper, take some time to study the schedule before you attend, so you’re not stressed once you arrive. There are multiple performances going on simultaneously, and it pays to take some time and think about a rough schedule. Arrive early to get in the festival spirit and cruise around to see what you can accidentally discover.

There’s a good FAQ on their website that will provide you with key information. We also put together a list of tips that may be helpful. Some things have changed since earlier years, so the Clockenflap site has the most recent info.

Who are we excited about at Clockenflap 2016?

M.I.A. – The London-born powerhouse is a master of multiple genres and this is her first appearance in Hong Kong. She’s had numerous hits and each one belongs to a different genre! A musical force, she has a knack for combining slick wordplay along with catchy hooks and a take-no-prisoners attitude. She’s not afraid to experiment, and to catch her live on Hong Kong’s waterfront along with a massive audience is going to be difficult to top! Have a listen to a few of her hits:

George Clinton & Parliament Funkadelic – Someone at Clockenflap is a major Funk fan. Aside from the 80’s electric Funk hit “Atomic Dog,” George Clinton and Parliament Funkadelic have been the band behind dozens of the samples used in top Hip Hop songs. Talented, eccentric, and just plain funky, these guys shaped music for decades to come. Bands of this era have an extremely high level of musicianship, having performed thousands of gigs. Clockenflap may be the top festival in Asia for witnessing Funk performers, featuring many of the genre’s biggest stars. George Clinton and Parliament are another major act to add to their collection. Expect a strong show from a set of veteran performers.

The Chemical Brothers
Well known as a champion for bands, Clockenflap is also no slouch when it comes to Electronic music. The Chemical Brothers are legends that helped define a period in dance music and continue to be nominated for the industry’s top awards. Getting well known in the late 90’s, they haven’t slowed down, releasing new music and headlining several of the world’s top music festivals. In addition to a long string of hits, the British duo are known for their live shows. These Grammy award winners should be more exciting than your typical EDM performance and will draw a diverse crowd. 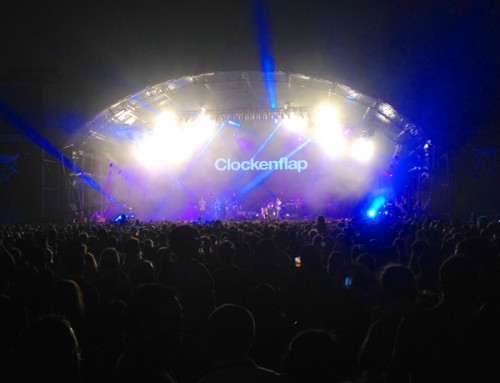 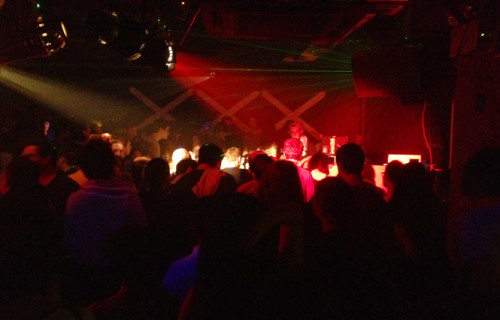 Uptown Rockers – these guys have played every Clockenflap since the very first and they are still crowd pleasers. Originally known for their mashup of obscure pop songs from the 70’s and 80’s, along with the latest underground beats, the three-man crew have diverse musical tastes and cover a vast assortment of genres. Masters at exciting the crowd, their fans once nearly took down the tent they were performing in! Uptown Rockers are a certified Clockenflap tradition, and if you’re lucky, you might even get a T-shirt.

Sensi Lion – Chinese language Reggae seems to be picking up momentum. Sensi Lion have been featured at parties and music festivals for the last few years and the scene seems to be growing. We’re all for it! Their sound is more Roots than Dancehall, which makes their vibe perfect for an outdoor fest.

SBTRKT – The innovative producer who created the hit “Higher” will be playing a DJ set, and we’re looking forward to checking out his selections.

These are just a few of the dozens of attention worthy acts booked for the three-day fest. We suggest you go through the full line-up and find a few that peak your interest.

Get your tickets via the Clockenflap site. Remember, children 12 and under are FREE, and there are discounted prices for full-time students and those under 18. 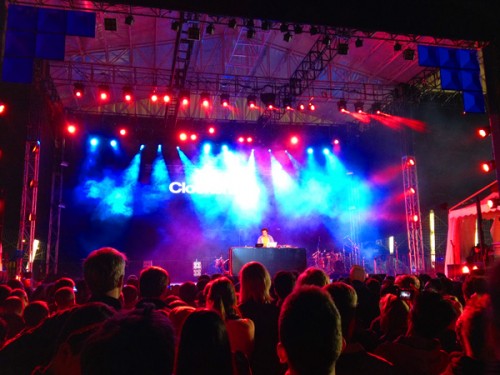 Tags from the story
Clockenflap