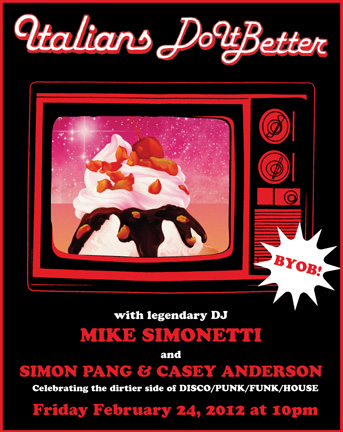 Known to have an ear for discovering new talent, Simonetti’s musical tastes span everything from Italo Disco to Noise Rock!

His own album, Capricorn Rising, released in 2011, features intense synthesizer build-ups, like the lost soundtrack to a 1970’s John Carpenter film.

Here’s the video of the title song from the album:

Supporting him that night will be Simon Pang, who is no slouch of a DJ himself. Part of the DJ trio, Uptown Rockers, Simon’s musical vocabulary stretches back at least four decades.

Expect a night of fine underground dance music, be it funk, punk, or disco, with contemporary sounds interspersed with the classics. Crowd-wise you can expect a good vibe provided by the Stattus crew.