If it weren’t for the stickers plastered strategically around the ancient freight elevator, you might assume that this non-descript industrial building in Kwun Tong was the wrong address for Hong Kong’s first indoor skatepark. Heading up to the seventh floor, the elevator opens to reveal an elegant wooden door that seems somewhat out of place.

Vans Sk85ive2 represents a dream that was decades in the making. A collaboration between sneaker brand Vans, and popular local skateshop, 8Five2 (helmed by Brian Siswojo,) the interior is a wonderland of ramps, ledges and transitions.

The turnout for the opening was both a testament to Hong Kong’s close-knit skateboarding community, and the enormous impact that the subculture has had on individuals. Influential members of Hong Kong’s arts, entertainment and fashion scenes were everywhere. 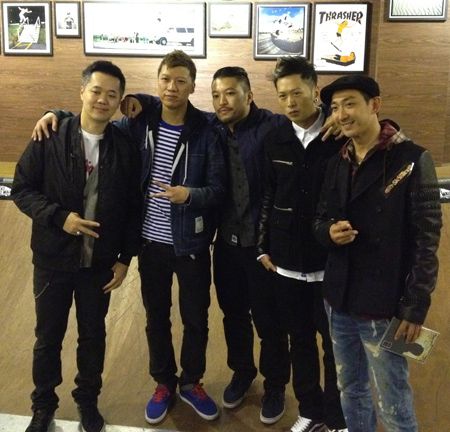 The independent, creative spirit that skateboarding has been known for, was evident in many of the guests including big names such as Sam Lee, Simon Birch, Michael Lau, 24Herbs, and others who turned up in large numbers.

Many in the crowd were 20+ year veterans of skateboarding and have grown up with the pastime. Perhaps a second generation, their children, could be seen climbing up the ramps, sliding down, and otherwise having a good time. 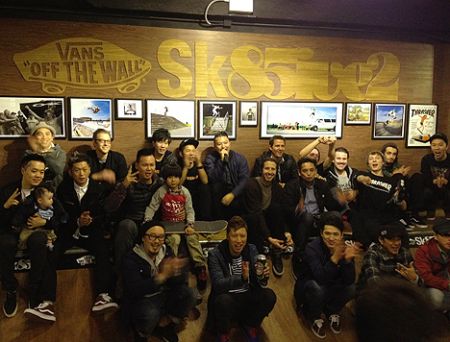 There was a genuine feeling of excitement in the room, in part because an indoor skatepark has been a fantasy for over 20 years to many in Hong Kong’s skate scene. Although there have been indoor ramps before (notably Six Keyz,) there has been nothing quite as complete and contemporary.

Bringing all of this home was a photography exhibition that reflected skateboarding’s roots, and celebrated the thirty-year anniversary of Thrasher Magazine. Thrasher was the bible of skateboarding during its cyclical boom-times and also the medium through which information about skating was spread in the pre-Internet days. The magazine documented not just the tricks and techniques, but also the attitude and culture surrounding skateboarding.

Photos of 80’s legends such as Christian Hosoi, Gator, Mark Gonzales, Lance Mountain, and many more lined the room. It was a fantastic touch that made the special night even more majestic.

During the opening there was a skate demo and mini-contest presided over by co-founder Brian Siswojo (also known as JBS of the band 24Herbs). The complex maneuvers had boards flying around the room, and elicited whoops from the audience. 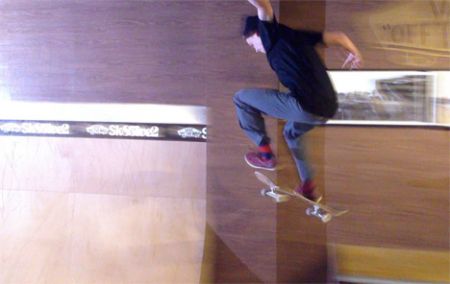 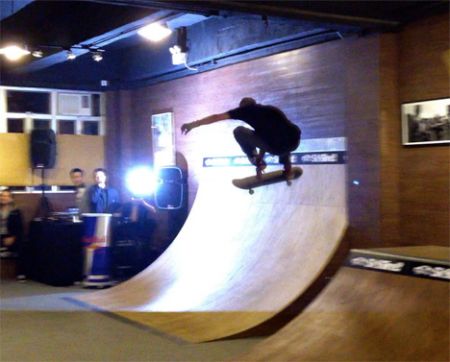 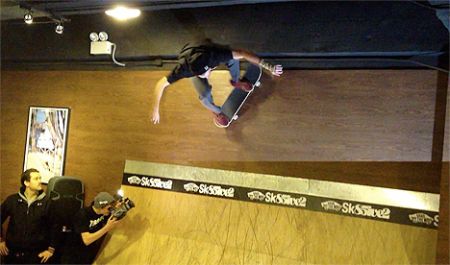 Another highlight of the event were the amazing waffles shaped like the sole of Van’s shoes! These proved popular with everyone from the kids to the old school skaters! 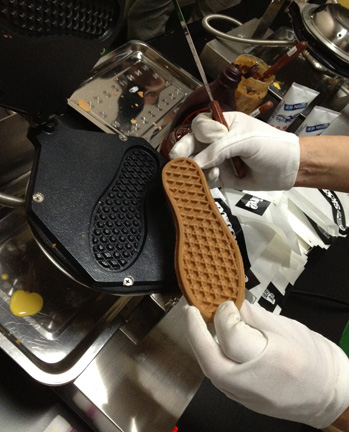 Congratulations to Brian of 8Five2 and everyone from Vans who worked tirelessly to make this space a reality!

For additional reading, check out the awesome collection of photos from the opening at The WZA’s post on Hypebeast.

Opening hours: 11am to 8pm weekdays, 11am to 6pm weekends