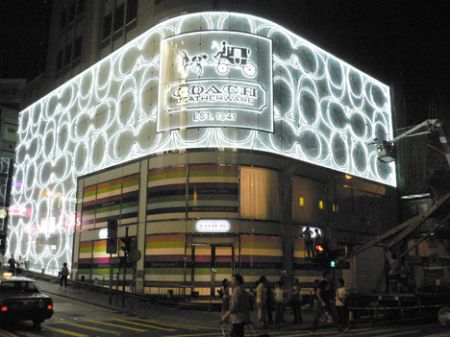 While two of the events are private, invitation-only affairs (to commemorate flagship store openings by Diesel and Coach,) the Volar / Ed Banger event at HITEC is open to the public via ticket sales.

Walking through the MTR station in Central last week, the walls of the Lan Kwai Fong exit featured multiple posters for the event. 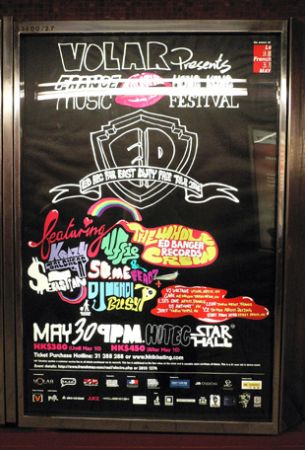 Advertising in this way is a rare move not normally associated with club music. But then again, this is no ordinary one-d.j. show!

The Volar / Ed Banger extravaganza features a whopping seven of the French indie record label’s acts. Paris-based Ed Banger is one of the most hip of all contemporary labels. In addition to the seven Ed Banger acts, the night also includes two local d.j.s, a v.j., live painting and four tattoo artists!

This deluge of talent reinforces my recent theory about Hong Kong no longer being a cultural backwater. The people responsible for bringing these musical acts to the city are all mentioned in that post. Once again, the CLOT crew, Federico Tan at Diesel and the Volar gang deserve praise for importing interesting international acts.