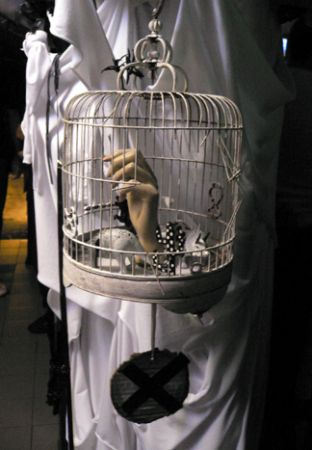 Australian clothing label Insight hosted an event at the Fringe Club last Thursday. Though I was committed to watching the new Indiana Jones movie later that night, I stopped by for a quick look.

The ground floor of the Fringe Club is divided into two parts. It has a gallery space as you walk in and then a larger room for live music on the other side. The event took place in the live music room. The hallway leading to the music space was decorated in draped black and gray rags making for a haunted house type of feeling. Inside, the area was decked out in an absurdist style complete with touches like a bird cage containing a severed hand and a small toy dinosaur!

On display were two series of photos used in Insight’s recent campaigns. Called ‘Zoup’ and ‘Good Morning Pluto’, both of the series matched the room’s decoration and featured weird mixtures of colors, textures and scenarios. 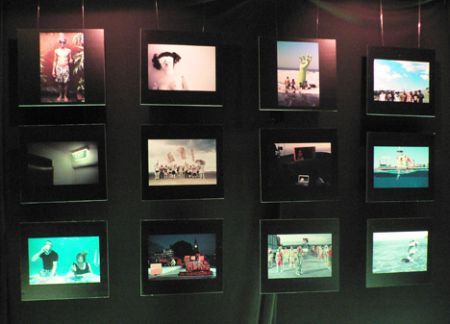 One of the more interesting photos was a cut-open house that contained a different skateboarder doing a trick in several of the rooms. The house was filled with different ramps and decors. 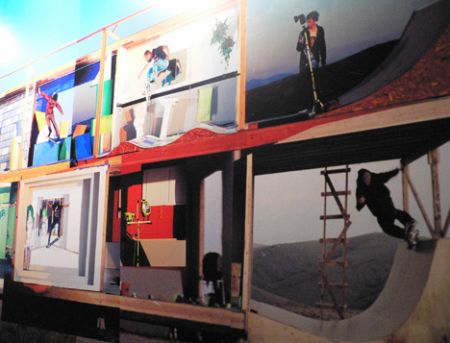 This kind of bizarre, quirky imagery has been a part of surf and skate culture since the early days and reflects the sport’s pre-corporate, outsider roots. Insight’s founder Andrew Down is a former pro-surfer and he’s chosen to keep this aspect of the heritage alive in his advertising. 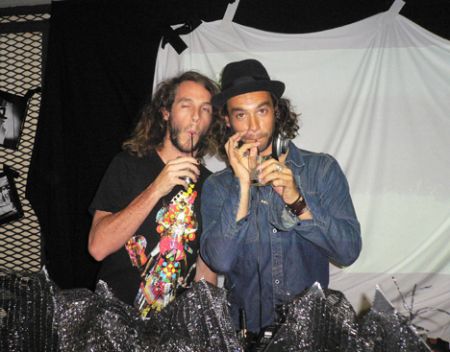 Music for the night was provided by Inight’s menswear designer Rob Owens-Russo. Later in the evening, there was a special performance by the Beijing band Queen Sea Big Shark. Unfortunately, I had to leave early to catch my movie and missed the set.

Even though I was there on the early side, the turnout was excellent. The Fringe Club was packed with people checking out the photos and admiring the intriguing details around the room. 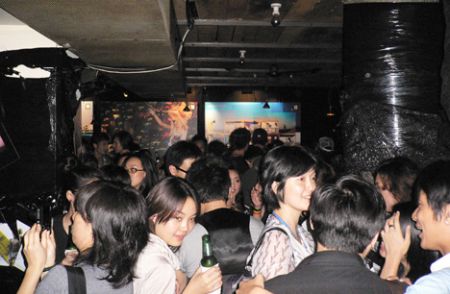