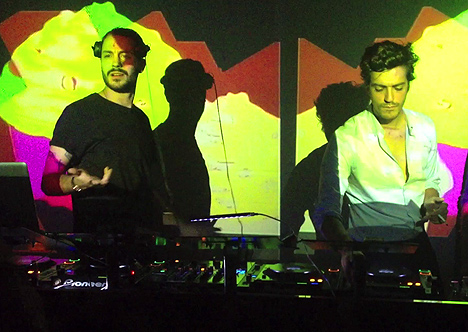 French DJs, Brodinski and Gesaffelstein played a charismatic set at Volar on November 21st, 2012. The duo packed the club and had the dance floor in a frenzy for much of the night.

At one point during their set, Brodinski cut the music off completely for dramatic pause, before re-igniting the crowd again a few seconds later. It was an interesting technique and an exciting night!

Fortunately, Hong Kong Hustle was there to preserve this exact moment for you in video!