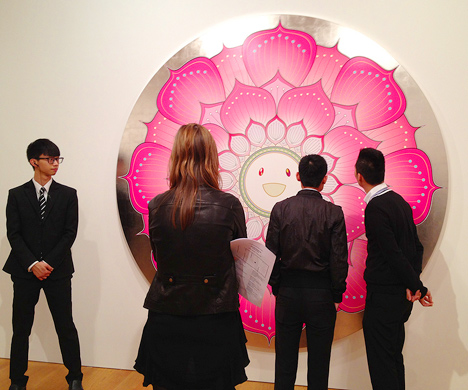 Go in for a closer look, but don’t get too close!

There’s been much speculation in Hong Kong over when a Takashi Murakami exhibition would take place, as the artist has been spotted at the Gagosian gallery frequently over the past two years.

So with all the anticipation, it’s not surprising that on November 29th, the launch of Flowers & Skulls was packed!

Murakami’s work seems like it would resonate beyond art circles in Hong Kong, as locals have a predisposition towards Japanese Pop culture; a fondness for ‘cute’; and are aware of his work with luxury brand, Louis Vuitton.

The turnout for the invitation-only opening night was overwhelming, and at one point, transformed the lobby of the gallery into a traffic jam! 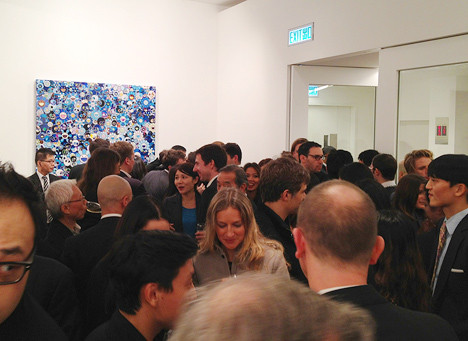 Earlier in the night there was more space to move around and get a feel for the artwork.

The show, which features over a dozen pieces, contains several different periods of Murakami’s work, in addition to the recent Flower and Skulls series. 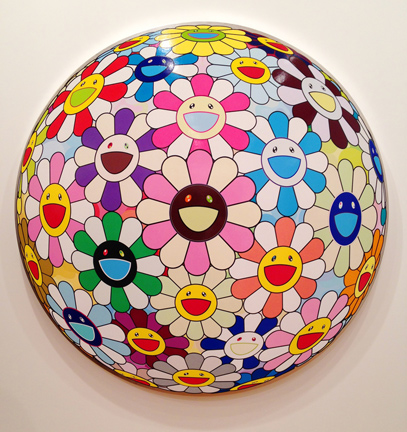 The exhibition runs until February 9th, 2013, so there’s still plenty of time to catch it, even with the Christmas holiday out of the way. 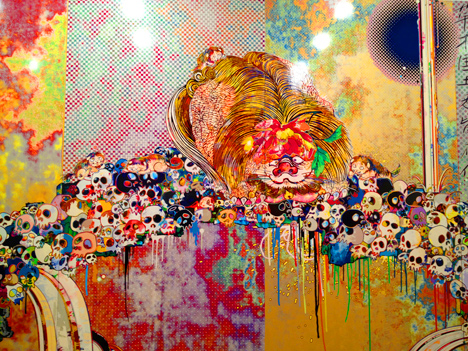 Gagosian gallery frequently over the past two years. So with all the anticipation, it's not surprising that on November 29th, the launch of Flowers & Skulls was packed!" />