Last Friday’s Hardpack concert featuring special guests such as L.M.F. and Mastamic was one of the city’s best.

The enthusiastic audience crowd-surfed, stage dived, and slam danced throughout the night. (And for the record, there were almost as many girls stage diving as boys!)

At one point there were three people crowd surfing at the same time!

One poor guy even lost his pants while crowd surfing! It was that kind of incredible show! 😉

The night was bitter-sweet, as it also marked the last album release from Hardpack, who have been a mainstay of Hong Kong’s band scene for over a decade. Various present and former members of the punk band rotated up on stage to perform over the course of the night.

The music was tight from all the special guests starting with Josie Ho, and continuing through the duration of the show. Mastamic performed an astonishing feat of speed rapping over a Hardpack beat that drove the crowd wild.

L.M.F., who have shared band mates with Hardpack, also performed, getting the crowd hyped up. L.M.F. had explosive energy on stage and played their set with skill and passion.

The crowd participation was at an all-time high with stage diving, crowd surfing, and even a mosh pit during the show. A general good vibe permeated the audience and people gladly helped each other crowd surf. 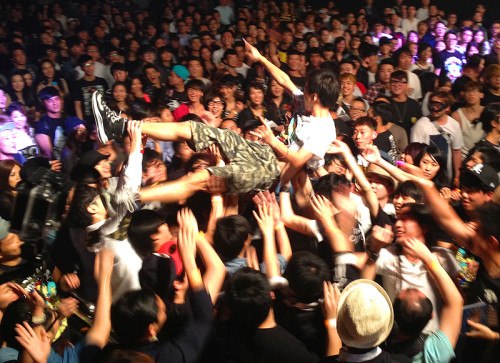 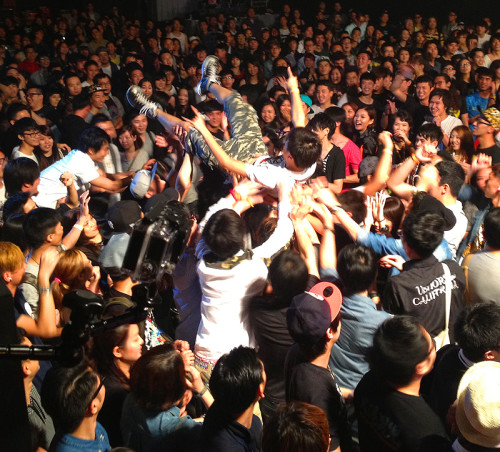 The Hardpack ‘Never Be The Same’ concert was a memorable show and an appropriate send off for a great band!