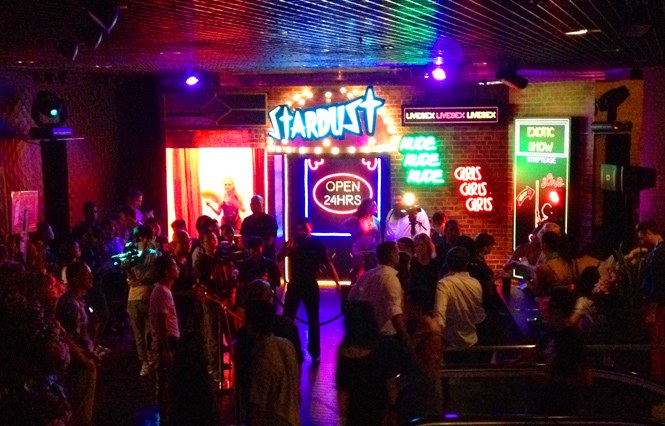 To celebrate the birthday of Dragon-i founder Gilbert Yeung on Saturday night, the entire club was transformed into a 1980’s era wonderland called “Stardust”.

Entering the club, the retro theme was a cross between Amsterdam’s red-light district and New York’s Times Square circa 1980, with live dancers, peepshow booths, and loads of neon signs. 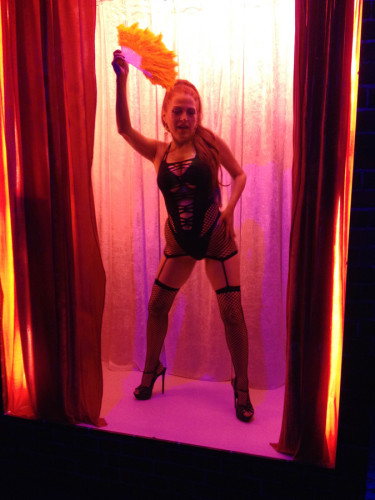 Gilbert himself showed up wearing glow-in-the-dark eighties attire and holding a boombox. 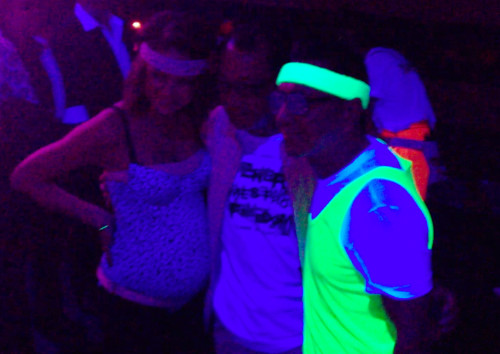 Guests broke out the vintage clothes including Miami Vice suits, Members Only jackets, “Flash Dance” outfits, and other styles popular at the time.

Authentic music for the night was provided by D.J.’s including Hong Kong’s Roy Malig. The selections included special sets filled with 80’s classics by Madonna, Billy Joel, The Eurythmics, The Clash and many more.

Both the interior and exterior of the club were filled with props to give attendees an immersive experience. Neon signs were strategically placed throughout Dragon-i. 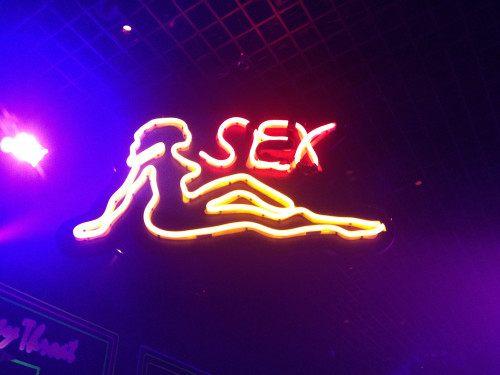 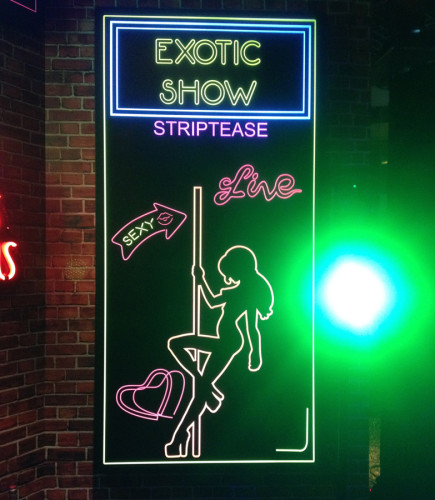 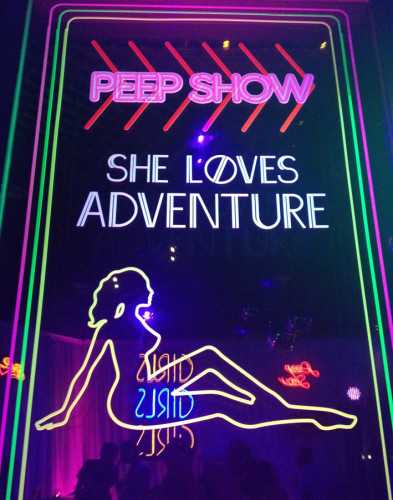 There were dancers in every corner and on every surface – pole dancing, gogo dancing, and gyrating to the music. 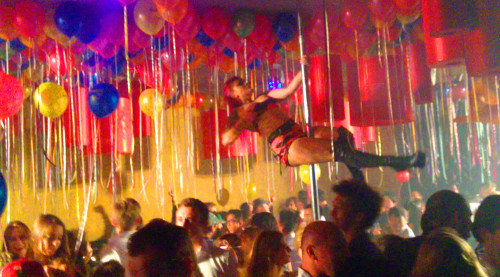 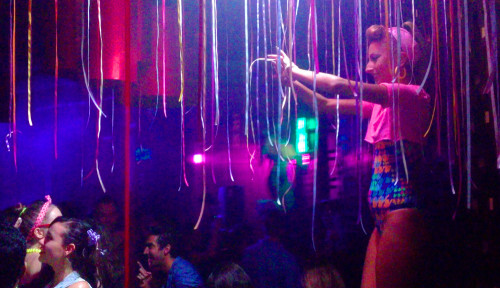 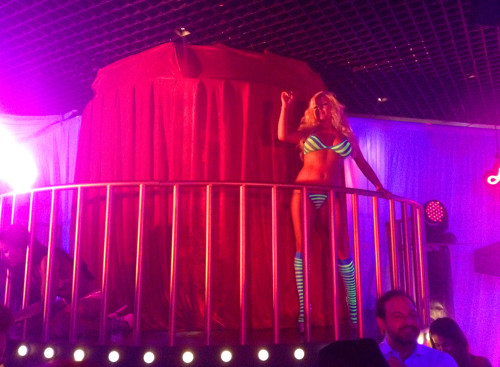 Guests congregated indoors and out, taking photos, checking out the dancers, and partying along to the theme. 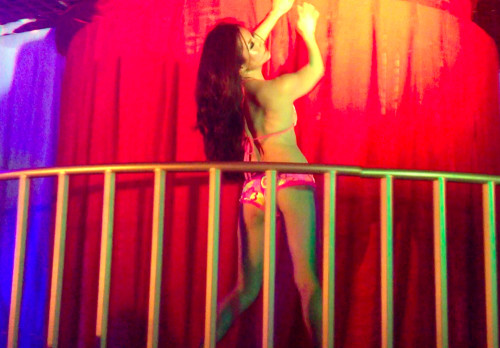 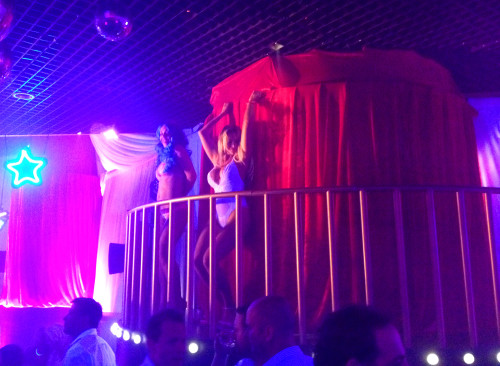 80’s purists would have had a bone to pick with a few of the costumes, which were obviously 70’s, but for the most part, people stuck to the theme.

Likewise, a few of the DJs played more recent songs that went off-topic, but people were too busy having fun to notice – except for a few older folks and grumpy DJs.

The invitation to the party – an actual working Walkman (aka a personal cassette player,) was unanimously voted the best invitation of the year by all those who received it. 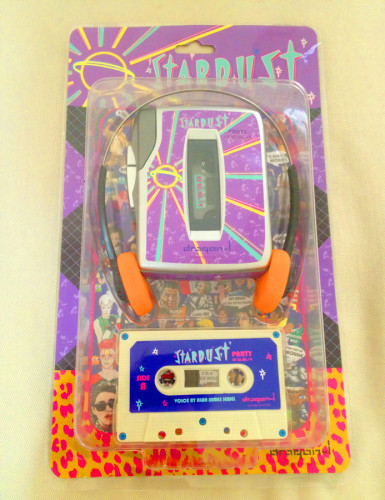 The club’s regulars from the early years made a strong appearance, filling up a section on the inside with familiar faces. It’s important not to understate that the city’s high-end nightlife crowd practically lived at Dragon-i for the first few years it opened. We’re talking about literally spending five nights a week there.

The scene at the club in those days was around 85% international Chinese, and it was way more exclusive. Membership was based more on relationships, rather than on big spenders.

It was far more classy than Central’s nightlife of today, which is filled with tourists, expats, and students.

Dragon-i was the kind of place where you would rub elbows with basketball legend Michael Jordan one week, and Rock star Sting the next. It was also the place that upped the city’s nightlife game to an international level, which we’ve written about many times before.

For the past fifteen years, there hasn’t been another club that’s dominated the city’s high-end nightlife in quite the same way.