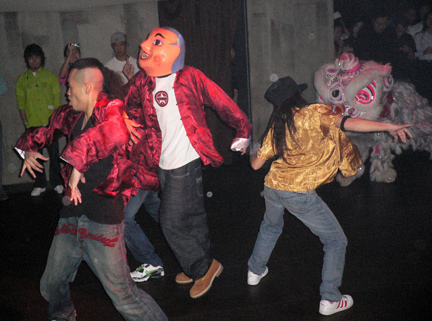 I stopped by Sugar for their one-year anniversary. The event featured a special “Hip Hop” lion dance. Lion dances are usually held to mark special occasions such as a shop opening or similar big happenings. 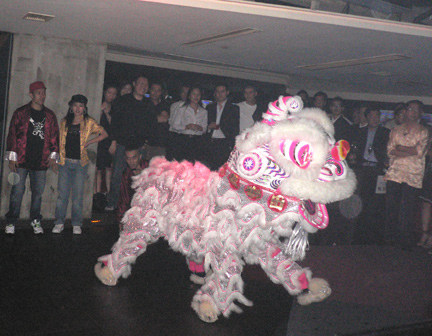 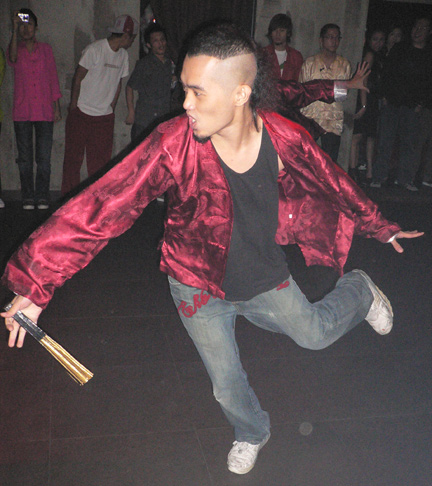 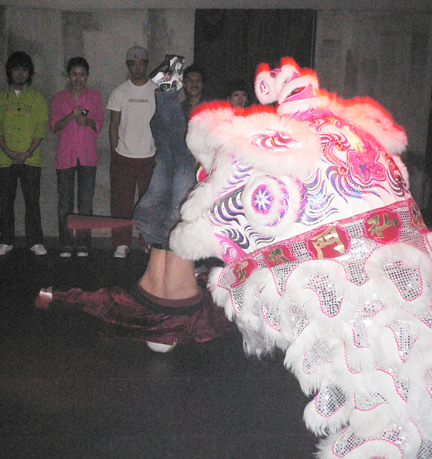 Normally in addition to the lion or lions there is a guy in a mask who prances around and sometimes directs the lions. Typically the performance ends with the lion fetching a banner in his mouth and unfurling it to bear a message such as good luck. 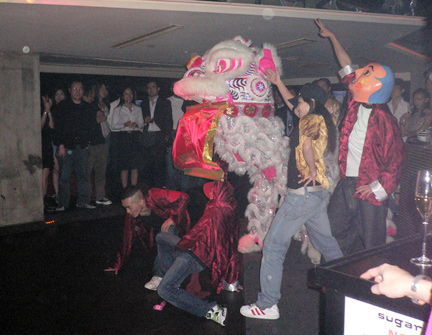