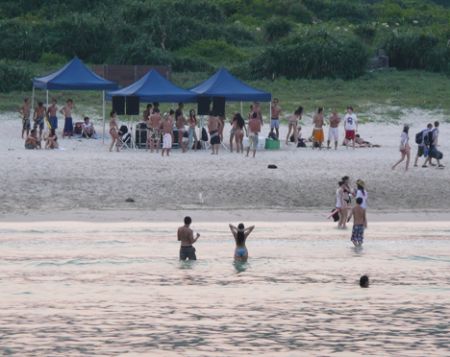 Tai Long Wan beach wasn’t initially deserted on Saturday. The campers who were looking for a little escape from the city had their world rocked when the party crew descended en masse on their tranquility. They soon packed up and moved elsewhere. A few other small groups of boaters were on the long isolated beach, but soon they too were vastly out numbered.

What am I talking about?

I’m talking about the annual Tai Long Wan beach party in Sai Kung that took place on Saturday. The party, also known as “The Volar beach party,” “The models beach party,” or “The Grind” (as Pavlos put it,) was originally scheduled for July 12th. Due to rainy weather it didn’t take place until last Saturday, the 26th. The annual event is hard to describe, but I’ll try to break it down into pieces. It consists of: Hong Kong’s most beautiful beach; a remote location; the city’s top party crowd; a sound system and d.j.s on the beach; sound systems and d.j.s on the boats; hundreds of models; and everything else normally associated with parties. This is the same event that d.j. El Kabong famously described as one of the best days of his life… and he’s old!

Arriving by boat this year, as opposed to my more adventurous hike last year, I swam to shore to get to the beach. Due to this, and my lack of a water-proof casing, I didn’t have the same photo opportunities as last year. Arriving on the shore, I spent a good three and a half hours between the beach and the water. Though many people stay on the boats, (which are tied together to create one big floating party,) the real pleasure is lounging close to shore. 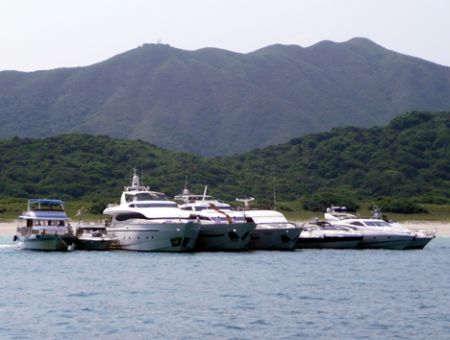 Since the water is clear, the sand is soft, and the view of the mountains particularly scenic, you really don’t feel like you’re in Hong Kong. Tai Long Wan is almost like Waikiki beach with no buildings – you can wade out an amazingly long distance and still be in water up to your waist. The sum of these traits makes it the perfect place to relax and spend time with friends.

On one end of the beach, near the flotilla, there was a tent with a d.j. booth set up. On the opposite end there was a herd of around twenty-five brown cows congregated together. (Yes, that’s where chocolate milk comes from!)

The d.j. was playing electro beats and people were dancing in the sand. At one point I looked over and counted over 200 models frolicking around the tent. Another group was sitting in the shade, while a third cluster was gathered at the shore.

On the boats, people were eating, drinking, dancing and chilling. Around ten boats were tied together this year, with several others off to the periphery. The larger boats contained jet-skis and smaller boats that took people out wake boarding. 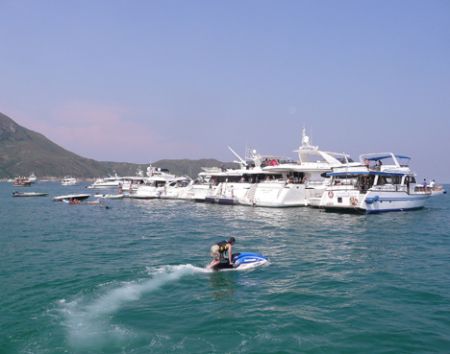 After arriving in the morning, most people seemed to be settling down at dusk. My boat returned to Sai Kung just as the sun was going down. My favorite part of the voyage home was the quiet ride laying on the front of the boat watching as the dark hills and mountains slowly gave way to the bright lights of squid hunters and Sai Kung town. 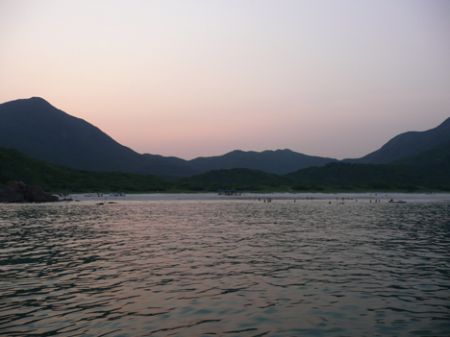 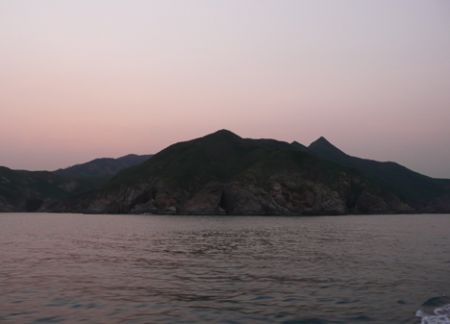 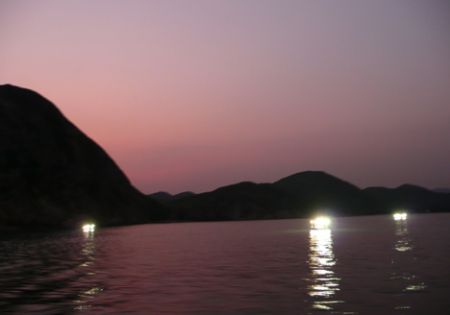