Since we first covered bowling back in 2008, three of Hong Kong’s alleys have disappeared.

H.K.’s high rents have made it extremely difficult for land-intensive businesses such as movie theaters and bowling alleys to survive. In between 2000 and 2010, the city saw multiple cinemas close as property firms sought to convert theaters into retail space. Bowling alleys have recently suffered a similar fate.

To get to Thunderbowl, take the elevator down to the basement level and follow the roar of flying pins. 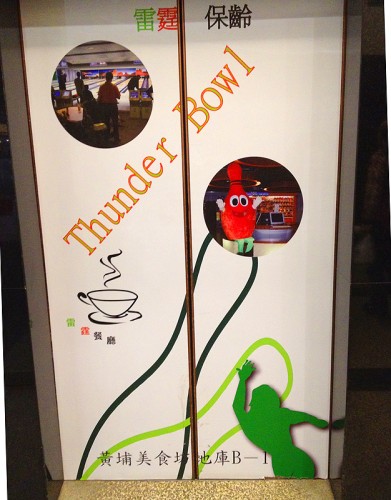 On your left you will come to the service counter where you book your lane. Prices are posted above the counter.

The cost per game varies depending on the time of day and day of the week. Generally, you will pay $38 HKD per game, per adult after 6pm. For details, go here.

A VIP room with bowling is also available for rental.

Alternatives to Thunderbowl that still exist include the bowling center at South China Athletic Association near Causeway Bay (you need to join as a member first,) E-Max Bowling City in Kowloon Bay (UPDATE: now closed!,) and the least expensive, Dragon Bowl in Tsuen Wan.

ThunderBowl
Basement, Site 8, Whampoa Garden
Intersection of Tak On Street and Shung King Street
Hung Hom, Kowloon
2122-9822
Featuring 22 lanes
Thunderbowl’s hours are from 10am until 1am. 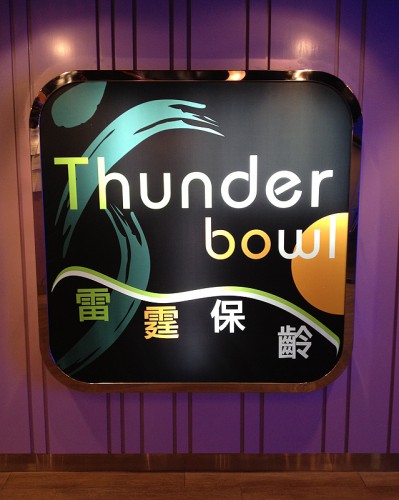 bowling back in 2008, three of Hong Kong's alleys have disappeared." />