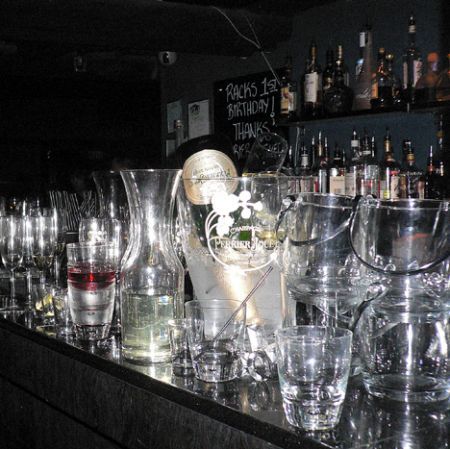 Racks MDB, the casual, unpretentious nightspot that brought billiards and beer pong to Central’s nightlife, is set to close its doors this weekend. After nearly five years of fun filled nights (and often hazy memories,) the final party will be held this Saturday, December 17th.

Racks won a loyal following by providing a friendly alternative to Hong Kong’s sleek and status-obsessed clubbing scene. The atmosphere at Racks was more reminiscent of a laid back college bar than what you typically find elsewhere in the city.

By providing pool tables as well as interesting music, the place was well liked by a diverse crowd. In fact, you never knew who you might spot at Racks. Major local and international celebrities could be found anonymously shooting pool. The place was a favorite among Hong Kong models and actors because of its low-key vibe. People like Hsu Chi, Aaron Kwok, Donnie Yen, Stephen Chow, Nicolas Tse and Daniel Wu all passed through their doors. M.C. Jin practically lived there for many months.

Saturday night marks the end of an era, so you can expect a big turnout of the many people who called Racks home over the last five years. Also expect an all-star cast of d.j.s paying tribute to the club on its final night.

For a look back at some of the good times at Racks, check out these Hong Kong Hustle posts: Racks Opening Night, Racks Calendar Launch Party, The Model’s Billiards Tournament, Galleri Magazine Launch, Halloween at Racks, Racks First Anniversary, Sh*t Sandwich, Import Models at Racks, and Mobb Deep at Racks.

Thanks again, and best wishes to Drafus, Alex, Damon and the entire Racks crew (past and present!)