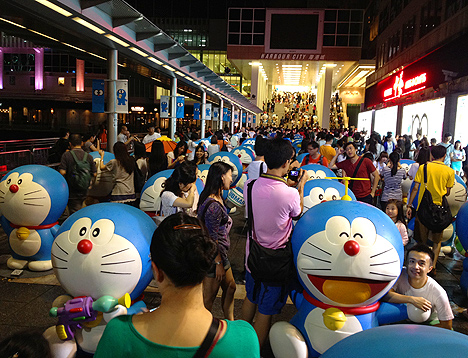 Passing by Harbour City on Saturday night, there was a swarm of people crowding the Tsim Sha Tsui waterfront taking photos and posing with ‘life-sized’ Doraemon figures.

The Japanese cartoon character (a robotic cat) has been widely embraced by children around the world, including several generations in Hong Kong. 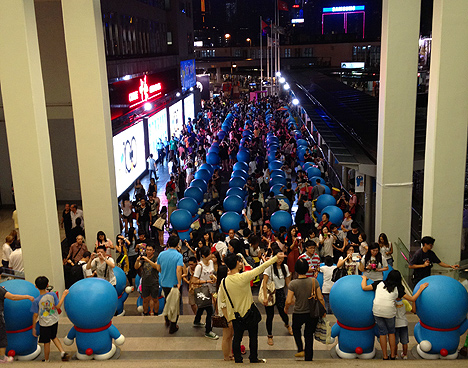 Doraemon is known for his special pocket from which he pulls futuristic gadgets. In keeping with this, each of the one-hundred figures includes a different accessory that he has conjured up.

Another famous item from the comic, the “Anywhere Door,” is also included in the exhibition.

A large number of Hong Kong celebrities have come out to pay tribute to the character.

While other shopping centers stage exhibitions that are often hit-or-miss with the public, Harbour City seems to consistently get the concept right. Several times over the years they have found subjects that the public deems interesting, has a connection to, or enjoys taking photos of. 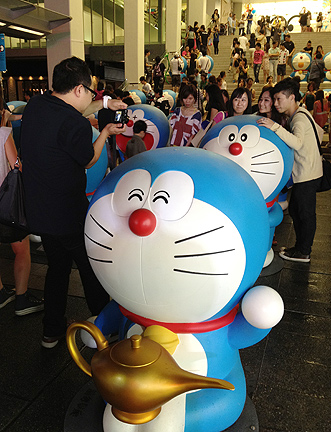 The shopping mall used a similar formula and achieved a similar success with the artist KAWS.

The birthday exhibition is fun for kids and Doraemon fans of all ages! 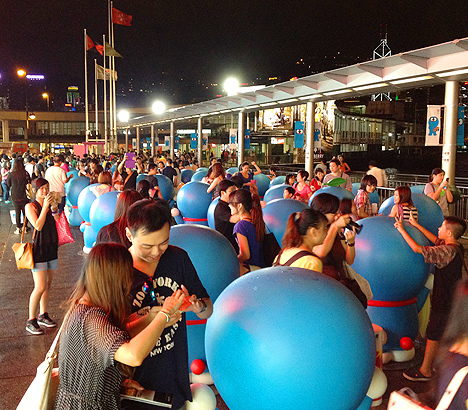